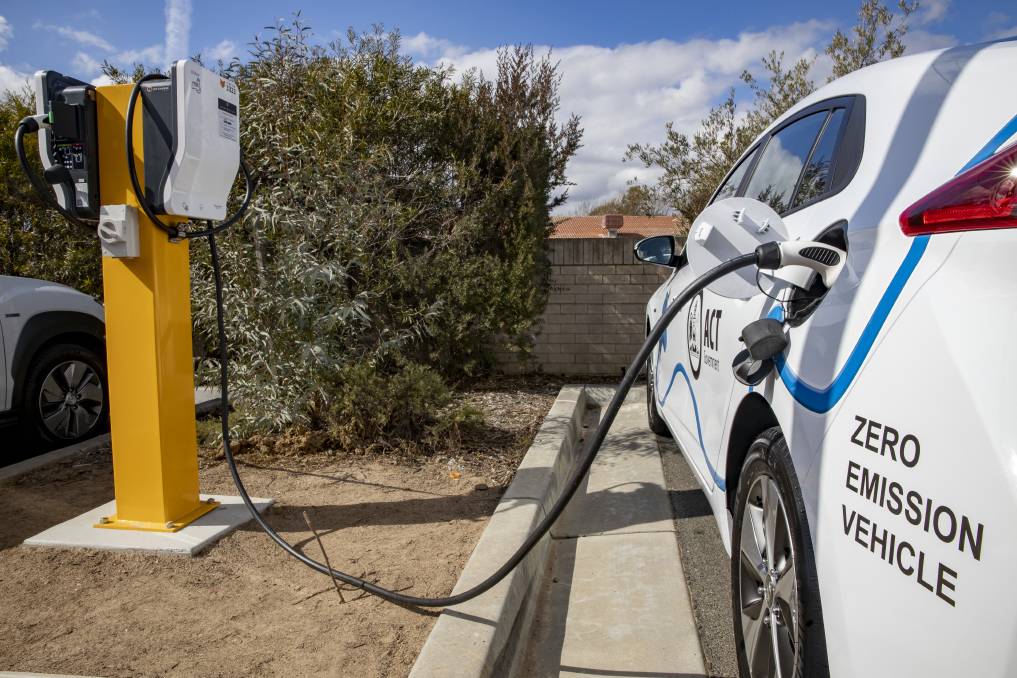 RECHARGING THE BATTERIES: The availability of charging stations is a key consideration before buying an electric car.

Interest in buying electric cars is growing among Australian motorists.

A survey of 872 Australians planning to buy a new car found 45 per cent of them would consider buying an electric vehicle.

The survey by online brand comparison site Finder also revealed 27pc of these drivers said they were interested in buying an electric car because they were better for the planet while 14pc cited fuel efficiency as their top reason.

Around 4pc would consider buying an electric vehicle because they like the way they look.

And in the first half of 2020, 3226 electric vehicles were sold despite a 20pc reduction in overall new vehicle sales due to COVID-19.

Yet electric vehicles accounted for just 0.6pc of all new sales in Australia compared with increases of around 2.5-5pc of all vehicles in other developed countries.

Insurance specialist at Finder, Taylor Blackburn, said electric vehicles were likely to increase in popularity during the next few years.

"According to the Electric Vehicle Council, it costs $0.33 per e-litre to run an electric car versus $1.50 per litre on fuel for a combustion engine.

"That's a difference of $1441 - equivalent to a 354pc saving for electric vehicle owners.

Dumping diesel on farms would be folly

"We may see an increasing number of people purchasing electric cars as the potential for fuel savings catches on," Mr Blackburn said.

Yet not everyone is open to purchasing an electric vehicle, according to Finder.

The survey found that cost remains a major deterrent for 17pc of drivers while 18pc would simply prefer a car with a combustible engine.

The remaining 4pc said they wouldn't consider purchasing an electric car because they have nowhere to charge it.

Mr Blackburn said insurance for an electric vehicle was generally more expensive than for conventional cars but there are still ways to save money.

"Some insurers like RAC will offer discounts for cars with low fuel emissions. Under the RAC scheme, cars under a year old could see a premium reduction of up to 25pc.

"We may also begin to see the price of electric vehicles begin to drop over the coming years as they become more mainstream," Mr Blackburn said.

Finder listed four major things for people to consider before investing in an electric vehicle.

Affordability. In Australia the cost of an electric car ranges from around $68,000-$146,000 according to RACQ. Weekly on-road costs (including registration, fuel, insurance, licence and RACQ membership) will generally set you back between $58 and $65 per week.

The battery's condition and warranty. You may incur a loss of range for your electric vehicle after around five years or more. Make sure to go over any warranty clauses with a fine-tooth comb so you know your rights as a consumer.

The vehicle's range. Electric cars generally offer a range of around 130-160 kilometres. If you drive more than 100 km per day or regularly need to take longer trips, you may want to reconsider your purchase.

Meanwhile, Jaguar is the latest car manufacturer to announce its intentions to switch to electric vehicles.

The luxury car maker plans to go EV only by 2025, sooner than most others that have announced similar moves and years before corporate sibling Land Rover will do the same.

Land Rover will introduce its first battery-electric model by 2024 but will keep its internal combustion-engine offerings on sale beyond that date.