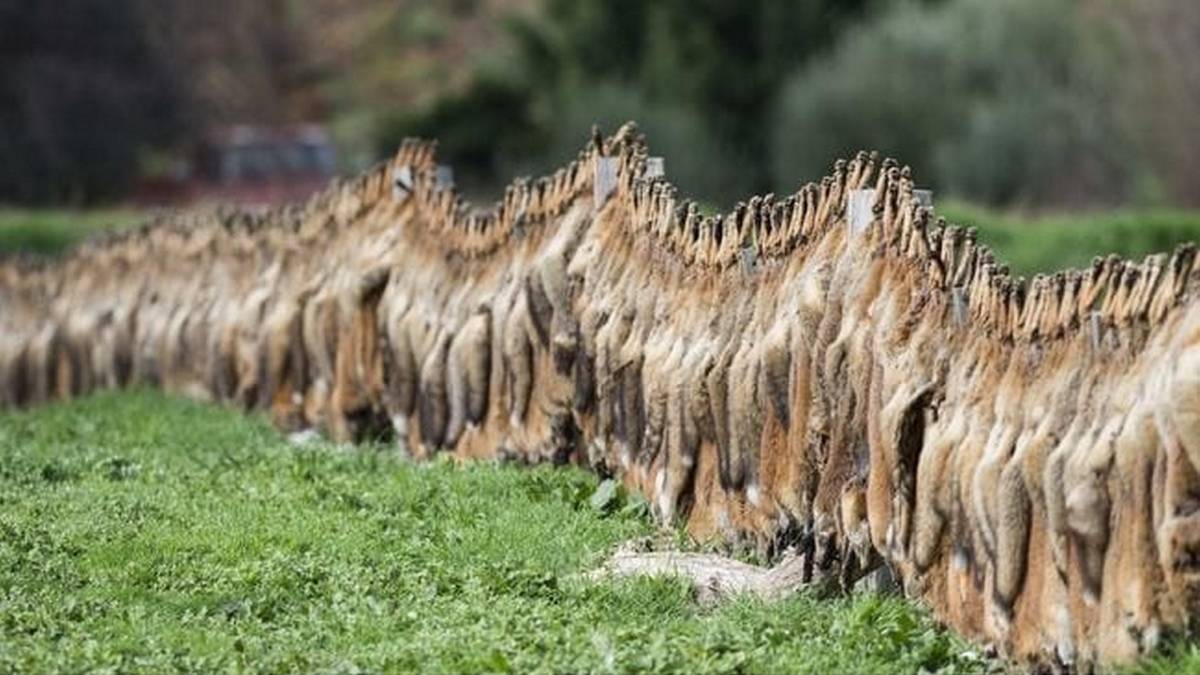 FOX FENCE: The famous fox fence at Yapeen in central Victoria during a bounty blitz in 2016.

Australia's only fox bounty scheme will have seen almost one million claims for the $10 reward by the end of this winter, but does it fix the problem?

By the end of this winter, close to one million foxes will have been shot or trapped in Australia's only government reward scheme of its type.

All in a decade.

That's the number of fox scalps which have been presented to Victorian government officials for collection of a $10 bounty.

But even by the government's own admission, the whole program is likely futile.

Perhaps that is why no other state or territory offers such a bounty scheme for foxes.

South Australia is running a bounty scheme now for wild dogs, $120 per dog, but that was a drought relief program. Most states also run similar wild dog programs, but not foxes.

A Victorian parliamentary inquiry into the "control of invasive species on Crown Land" in 2017 recommended: "The government implement an ongoing evaluation program of the current wild dog and fox bounty systems which evaluates whether the bounties are providing value for money or whether the money would be more effectively spent on alternative invasive animal control methods."

The government supported the recommendation "in principle" saying it was collecting data on the bounty scheme but was vague on the rest.

"The government is collecting data on hunter participation and subscription to the fox and wild dog bounty. As a first step, the Wild Dog Management Advisory Committee has been asked to provide advice on the future use of a bounty as a strategic tool for managing the negative impacts of wild dogs. The outcomes of this review could then inform the need to also evaluate the fox component of the fox and wild dog bounty following the end of the funding cycle," the government responded.

An even earlier review in 2002 found a bounty had been "an ineffective means of broadscale population control".

As it was, the 2017 review also noted: "The Invasive Species Council and others have concluded that the fox bounty did not effectively reduce the impacts of foxes as a pest species - rendering the public funds applied to the bounty scheme a dead loss to the public purse."

Still, in some local areas which have enthusiastic shooters, perhaps even some lured by the reward, numbers have been controlled at best.

More than 874,000 fox scalps and 3900 wild dog body parts have been collected in Victoria since the government introduced the fox and wild dog bounty in 2011.

Even during last year's pandemic lockdowns when travel was difficult, 59,799 fox scalps and 417 wild dog body parts were collected from 1062 hunters.

"The bounty is an incentive program designed to encourage community participation in managing fox and wild dog populations," the department's spokeswoman said.

"The bounty contributes to an integrated management approach for fox and wild dog management."

This year's bounty scheme begins on Monday, March 1 and runs until the end of October.

Designated collection centres will operate across the state starting in the north-east at Benalla, Broadford, Ovens, Mansfield, Tatura and Wodonga.

Collections close each summer, when hunters are encouraged to collect fox scalps and wild dog body parts on their properties, and to freeze or air dry them.

"I urge hunters to refresh their knowledge about the terms and conditions to ensure they submit animal pieces covered by the bounty," Mr Wishart said.

The Fox and Wild Dog Bounty program received $6.7 million in the Victorian Government's 2020-21 Budget and will continue until 2024.