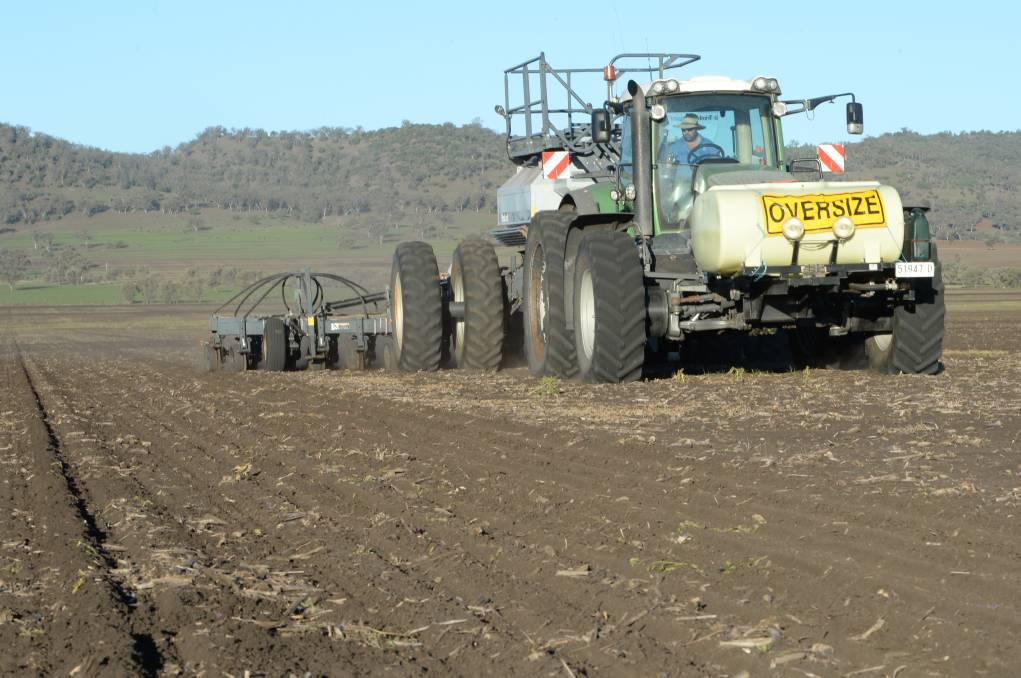 Current investment trends show there is no way Australian farm productivity can rise to reach its $100 billion goal by 2030.

While farming's appeal as a safe investment option has gained momentum of late, in reality the capital invested in Australian agriculture is barely keeping up with the industry's asset depreciation.

On current investment trends there is no way Australia can lift annual farm productivity figures to hit its $100 billion goal by 2030.

In fact, it may not get to $100b within 30 years according to a sobering analysis of agriculture's capital investment requirements and the mood among producers and leading investors.

The study found for every $1b rise in gross value of production, Australia's primary production sector needed an increase in productive capital of between $1.8b and $5.3b a year.

Achieving the National Farmers Federation's 2030 farm productivity target would require about $8.7b in fresh capital annually for the next nine years - well above the average $1.2b a year invested in the agriculture, fisheries and forestry sectors in the past three decades.

Despite Australia's rapidly growing share in many key export markets, offshore and domestic sales and prices would also need to leap to help meet NFF's productivity goals before 2054.

The report, commissioned by AgriFutures Australia, tipped current modest investment trends would restrain farmgate value growth to just $84b by 2030 - roughly $20b more than today.

While Australia was well regarded in agtech research and innovation, he said farming needed better access to capital to deploy technology at a paddock level.

"Precision agriculture technologies, sensor-based applications and the Internet of Things will be fundamental to fuelling growth, but these innovations require capital," Mr Harvey said.

The study found the total value of agriculture's capital stock of land assets, machinery, buildings and raw materials actually grew significantly after the 1980s to be worth more than $500b today.

However, in the past decade investment had not kept pace with asset consumption (depreciation), possibly because prolonged drought had constrained spending.

Investors said they valued ag assets because they provided portfolio diversity which did not correlate with financial markets; enhanced wealth preservation; provided hedges against inflation and currency movements, and offered a pathway to environmental, social and sustainability investing.

Poignantly though, the study reiterated a frequent farm sector concern about Australian institutional investing's meek appetite because local capital managers were legally required to have almost instant access to liquidity in funds they invested.

That regulatory challenge conflicted with the reality that it may take a year or two for an asset manager to exit an agricultural stake, where assets were on a three- to 10-year transformation timeline.

Requirements for foreign investors were often poorly understood, too, and there was a need for new investing models for big scale land ownership enterprises.

The report, compiled by Natural Capital Economics, was an important wake-up call for the industry.

"Data compiled by ABARES does not meet the standard required by institutional investors," Mr Mahar said.

"We are poised for continual growth, but to supercharge this growth Australian agriculture needs to attract investment from sources other than debt and equity finance."

It was hard to think of any other industry which had achieved such scale and export accomplishments "through bank debt alone".

"Agriculture's capital drought was identified in NFF's 2030 Roadmap as a major handbrake on the sector's prosperity," he said.

"Changes are required to make agriculture investing more attractive and fit for purpose, and without it farmers will be hamstrung in their ability to grow."

Natural Capital Economics director and report author Jim Binney concurred, hoping farmers' options for sources of investment capital could broaden from the current reliance on loans and their own equity.

Aside from farmgate level investment, he highlighted a need for the farm industries to make opportunities available to investors.

"The best way to attract more capital investment into the sector is to have bankable projects," he said.

Unfortunately, however, while the industry had grown for several decades, lifting its productivity and accessing new markets, agriculture had not modernised and matured at the same pace as the rest of the economy.

Therefore its contribution to GDP had more than halved since 1990 to just 2.2 per cent, and it employed just 3pc of Australian workers.

Farm sector investor feedback quoted in the study lamented the lack of institutional quality information about the sector, yet conceded some improvements were being made.

More generally the study found many potential investors had a misperception about agriculture being characterised by "battler farmers, hardship, subsidy and drought".