NO ACCIDENT: The killing of up to 100 corellas at Robinvale was most likely deliberate, after authorities rule out the suggestion of possible spray drift.

Authorities are now almost certain the killing of up to 100 corellas at a Murray River town was deliberate.

Authorities are now almost certain the killing of up to 100 corellas at a Murray River town was deliberate.

Investigators have all but ruled out the deaths were caused by accident such as spray drift, which had been suggested.

"It is unlikely the cause of death in this instance was from nearby crops being sprayed with insecticide," Victorian government authorities said.

About 100 corellas fell dead from trees at Robinvale, in northern Victoria, on December 1 last year.

The Robinvale region has many horticulture crops, including table and wine grapes, citrus and almonds.

While corellas have a reputation as a nuisance and destructive to crops and gardens when they gather in large numbers, it is against the law to poison them.

No-one has yet been blamed for the deaths, despite an appeal for public help and the involvement of police and government authorities.

A dog which was seen to have one of the dead birds in its mouth later became sick, it has been disclosed. 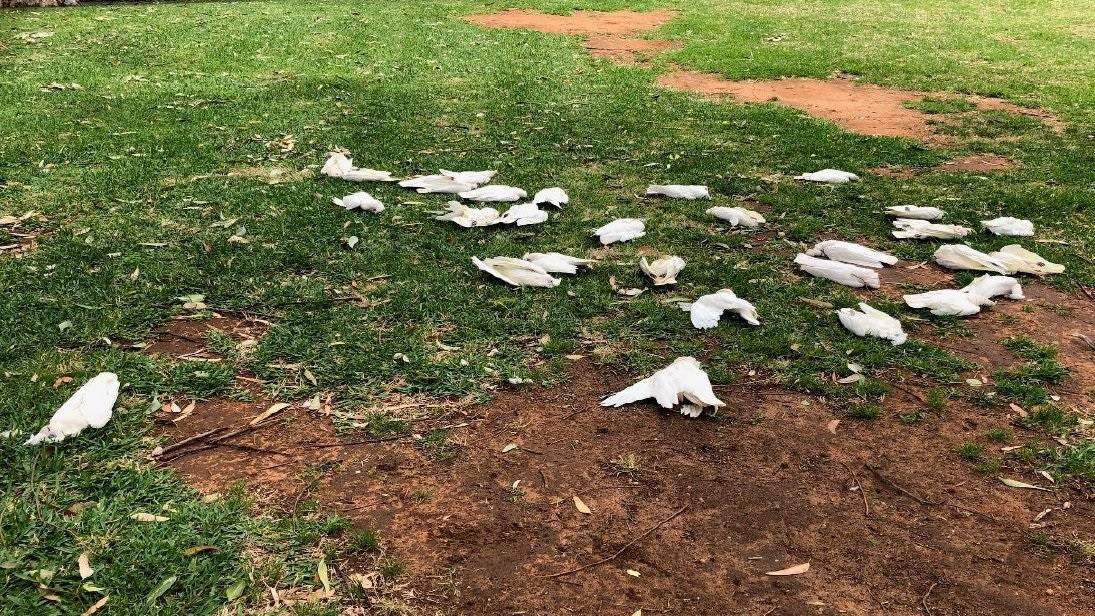 The corellas fell dead from trees at Robinvale. Picture: Office of Conservation Regulator.

"High concentrations of methomyl - an active ingredient found in various insecticides - was, however, identified in toxicology tests performed on the carcasses."

Methomyl is considered highly important for pest management in some horticulture crops and is widely used against fruit fly.

"We are appealing to anyone who may have information about this case to call Crime Stoppers on 1800 333 000 or the DELWP Customer Contact Centre on 136 186," Mr Vincenzini said.

Corellas are a common species in the Robinvale area and the number killed would not have an impact on the species.

Authorities warn there were risks to vulnerable and endangered bird species such as the Regent Parrot in the Robinvale area.

Killing wildlife by poison is an offence under the Wildlife Act 1975. A person found guilty can receive penalties of up to $16,522 and/or six months jail.

The government is reviewing those laws with the likelihood more severe penalties will be available in future.