Why are we seeing more ryegrass pop up in crop? 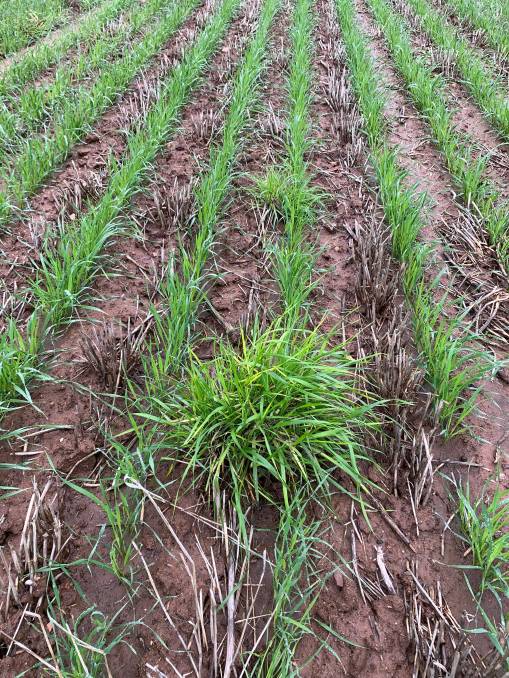 A ryegrass 'sparkler', a knockdown survivor who gets through the crop phase to set seed. The University of Adelaide's Dr Chris Preston said we are partly seeing this happen because ryegrass is adapting to growers' use of pre-emergent herbicides.

Ryegrass is one of the most adaptive weeds farmers do battle with and not only when it comes to glyphosate resistance.

The University of Adelaide's Dr Chris Preston recently spoke at the Grains Research and Development Corporation (GRDC) update at Wagga Wagga, presenting his paper on changing emergence patterns in ryegrass.

"What's been happening for a long time with continuous cropping, is less of the ryegrass is coming up on the opening autumn rains and more is coming up after the crop has been sown," Dr Preston said.

Dr Preston said as growers in southern Australia had lost post-emergent herbicides to resistance, there was now a greater reliance on pre-emergents.

"What we think has been happening is farmers have been inadvertently selecting for rye grass that doesn't emerge until these pre-emergent herbicides have disappeared," he said. 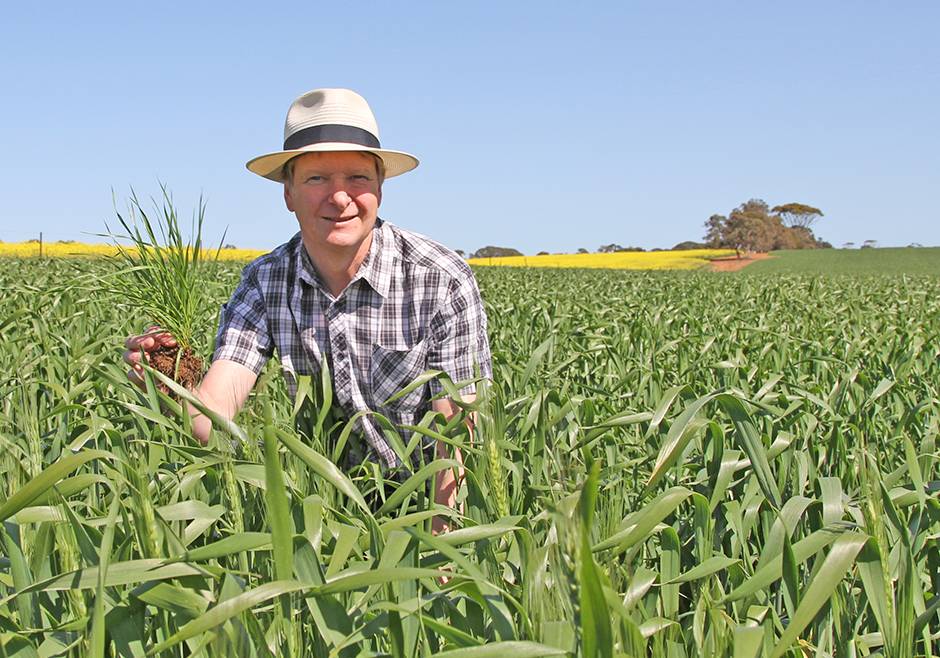 The University of Adelaide's Dr Chris Preston told growers at the Wagga Wagga GRDC update that farmers had been inadvertently selecting for rye grass that doesn't emerge until pre-emergent herbicides have disappeared.

Dr Preston said the implications of this change were broad but one is that there is little value in farmers delaying sowing in order to kill more weeds before cropping.

"Farmers are better off sowing at the first opportunity so the crops themselves will be more competitive."

He also recommended beefing up pre-emergent herbicides, especially if there wasn't the opportunity to double knock, by using a mixture of two chemicals in order to get extended control.

"We found this worked when looking at the high rainfall zones where you have an extended rye grass emergence, but it's also going to work for these populations that are coming up after you put the crop in," he said.

Rotations with pastures could also be used to restart the clock on problem paddocks, because they would favour early-emergent ryegrass.

Dr Preston also offered a post-mortem on the 2020 season which saw an explosion of ryegrass in some areas following the drought.

"One of the consequences of drought is when it does rain, most of the weed seeds we have are ready to germinate, so we can often get a really big flush of weeds," Dr Preston said.

"Back in 2016 we had a really good season, there was a lot of rye grass set in crop and a lot of the seed had extended dormancy in it because of the good conditions.

"What happens over time is the dormancy starts to release and that seed is ready to come up, but if there's a drought there's no moisture for it to germinate so it just sits in the soil, waiting.

"So although the seed bank was run down a little during the drought, everything in it was ready to go."

Dr Preston said because of this, management of weeds following a drought was crucial, even if it was the last thing farmers were thinking about during a prolonged dry period.

"There were quite a lot of product shortages, glyphosate and paraquat in particular, so people were trying to make the chemical last through a number of applications," Mr Condon said.

"We were also trying to kill summer and autumn weeds in the same period and do some knock downs at sowing.

"The combination of all those different weed groups, weed sizes and low chemical rates allowed a lot of rye grass to get through that would normally be controlled."

Mr Condon said they had termed the large, tough ryegrass plants that got through sowing last year as 'sparklers'.

"Those sparklers set a lot of seed and that will persist for several years, so growers need to be looking at alternative crops like pulses, Round Up Ready canola or hay to keep numbers low," Mr Condon said.

"The seedbank will require ongoing action over the next two to three years with diverse tactics such as mix and rotation of chemistry, impact mills, crop topping, crop competition and cutting hay or silage."

The story The changing emergence patterns of ryegrass first appeared on The Land.