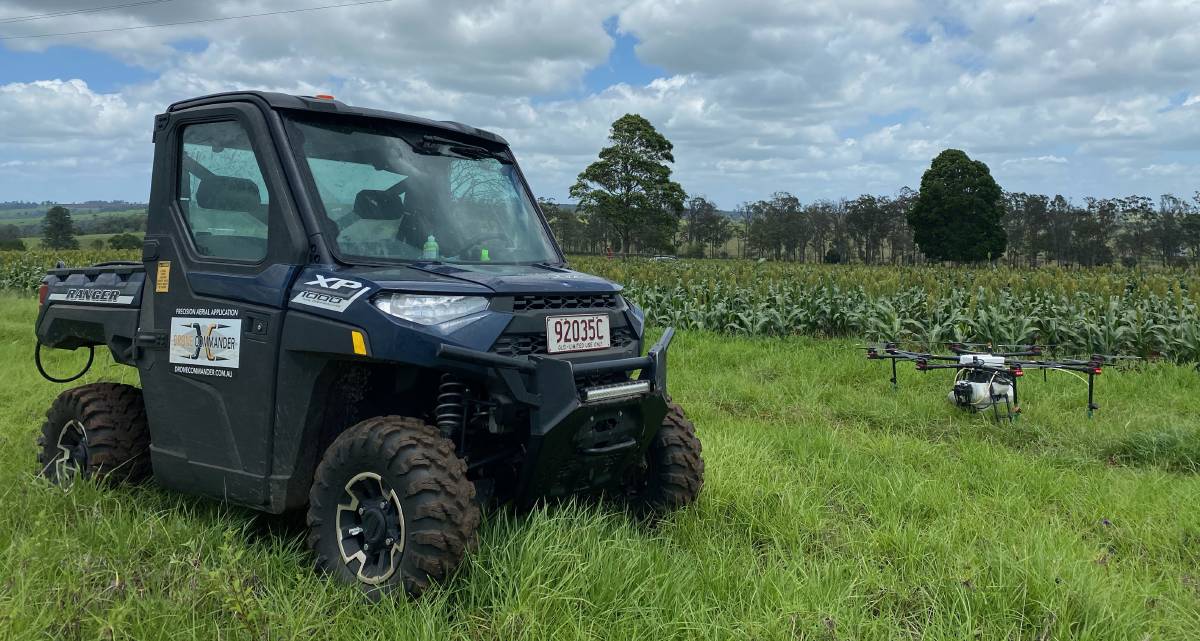 A Queensland drone operator specialising in agricultural services is keen to cross the border to help NSW farmers fight the present mice plague.

Mice and Fall armyworms are causing major headaches in many cropping regions in eastern Australia and farmers are looking for effective and affordable ways to control both pests.

Mr Woods said his company, which flies seven agricultural drones, has been aerially baiting mice at night in Queensland and was seeking to gain NSW EPA approval to do the same work across the border.

Night baiting with grain (mainly wheat) treated with zinc phosphide maximised the risk to mice and minimised the danger to birds, he said.

The bait was loaded into a small hopper equipped with a spinner device which accurately delivered the grain across a paddock.

A drone from Drone Commander Australia at work in a paddock.

Agtech isn't new but pace of change is

He said the company's six qualified pilots usually worked in pairs on mice baiting jobs but he had baited 184 hectares with a single drone during one night's operation.

His company, which is based at Cambooya in the Darling Downs, is charging $10 a hectare for mice baiting plus associated travel costs and can also supply mice bait.

Mr Woods said his company had been approached by AgBiTech, a company which develops and sells biological insecticide products, to find a better way of delivering its Magnet insect attractant and insecticide mixture to Fall armyworm infestations.

Magnet was developed for the control of helicoverpa insects (which include cotton bollworms) but was given an emergency permit for Fall armyworm moth control last June by the Australian Pesticides and Veterinary Medicines Authority.

Mr Woods the Magnet mixture had a thick consistency and needed to be delivered in a way which made it "splatter" across the target plants.

He said his company had developed a method to effectively deliver the Magnet mixture using a drone which can carry payloads of 10 litres and operate at 25km an hour.

Mr Woods said his drones had been spraying Queensland summer crops for Fall armyworms but was now registered to operate in NSW.

Drone Commander Australia provides a range of services for spreading fertilisers, pesticides and seeds along with photography and videography via drones.

He said his company wanted to develop a national footprint.