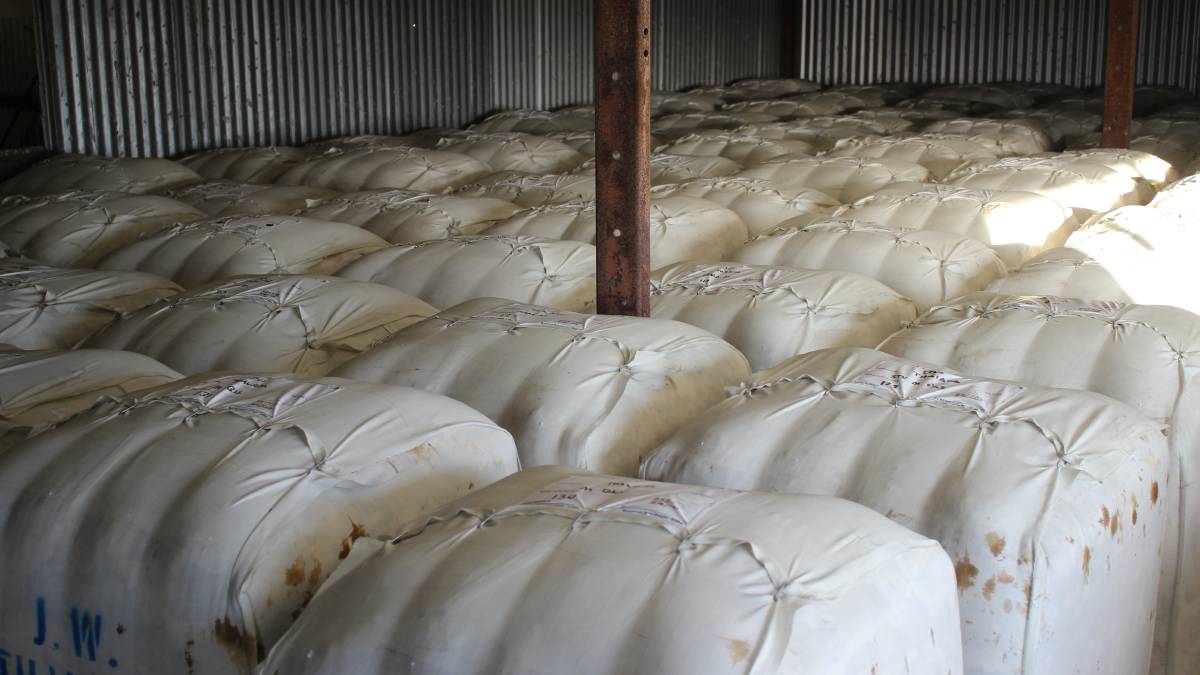 The Australian wool market remained on a reasonably even tone as demand continued, albeit a drop of 12 cents this week.

The Eastern Market Indicator (EMI) finished at 1306 cents per kilogram, clean, with a large national offering of over 50,000 bales making it easier for buyers to be more selective in their purchasing.

But the biggest influence on the Australian wool market this week was a more than US2c jump in the A$ to US79.4c, the highest level in three years.

AWEX senior market analyst Lionel Plunkett said the effect the US dollar has on the Australian wool market can be highlighted by comparing the current sale to the corresponding sale of the previous season.

"Compared to this time last year, the Australian dollar has risen by 13.12c or 19.7pc," Mr Plunkett said.

"However, when viewed in US dollar terms, the EMI has only fallen by US12c, a marginal 1.1pc reduction."

Looking at individual micron categories for the week, the finer end of the Merino's copped the brunt of the falls coming off 5c to 40c.

Melbourne fell the hardest in the finer micron categories, with 16.5 micron dropping 50c to finish the week at 2238c.

This is still higher than this time last year when it was at 2169c and still above the five year average for this category of 1926c.

Mr Plunkett said from the outset, it was evident that the larger offering buyers were not prepared to push prices higher.

"They were selective in their purchases, trying to find value in a continually falling market," Mr Plunkett said.

"Individual Micron Price Guides (MPGs) across the country for 20 micron and finer dropped by between 5 and 68c."

The crossbreds were the only sector to record positive movements this series, with crossbred MPGs across the country adding between 4 and 35c.

Clearance was solid this week with AWEX reporting 40,908 bales sold of the 50,138 offered.

Withdrawn figures stood at 4.8pc and 18.4pc were passed in.

Clearances continues to sit well above the average clearance season to date of 31,613 bales.

The offering remains similar with 50,535 bales lined up for next week, with all three centres in operation.