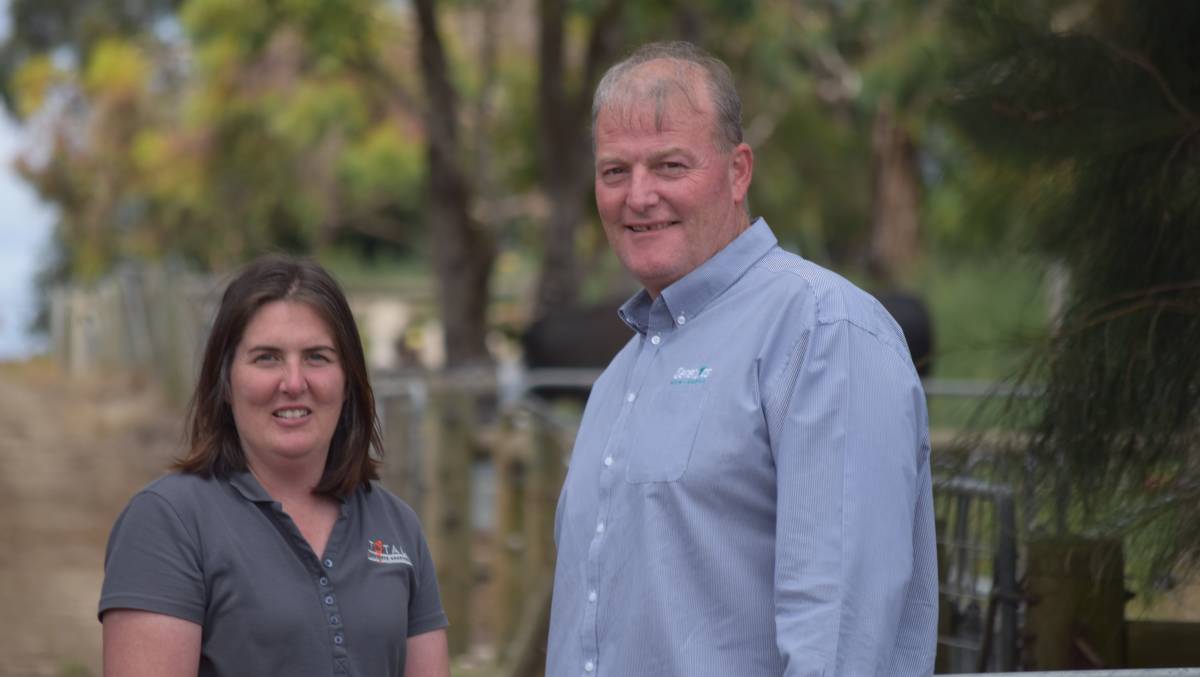 The country's largest bull and semen facility is being established near Camperdown.

Genetics Australia is in the process of relocating its bulls and semen units to TLG's Gnotuk and Glenormiston farms.

Following the acquisition earlier this year, Genetics Australia has taken over the TLG trading name and is transferring its bull management, semen management and semen collection and production services to the TLG site near Camperdown, Victoria.

GA chief executive Anthony Shelly said the relocation was on target to be completed by the end of March.

"We have 100 bulls to transition from Bacchus Marsh to the two properties at Gnotuk and Glenormiston. We've already moved 40 and plan to have the balance relocated before the end of March," he said.

About 20 per cent of the semen units have been moved and this process is also on track to be completed in late March.

About $300,000 is being spent on upgrades to the semen storage area, semen processing laboratory and additional bull housing.

GA's 100 bulls are joining 90 managed by TLG, but the total number is expected to grow to close to 230 by May.

"There is increasing demand from people wanting to place bulls with us to capitalise on the prosperity in the industry, particularly in the beef sector," Mr Shelly said.

"This reflects the continued demand for Australian genetics, whether it be for dairy or beef."

The vast majority of the beef bulls coming to the facility are for semen exports.

"The export market, including Asia, remains very strong at this stage and hasn't been significantly impacted by COVID," he said.

The influx of bulls has led Genetics Australia to develop an additional 100 paddocks to manage numbers, with most growth at the Glenormiston farm.

Mr Shelly said the $5.8 million purchase of TLG was a perfect platform for sustainability and growth while creating efficiencies.

The move will see Genetics Australia sell its Parwan Park farm and office complex at Bacchus Marsh but will be maintaining an office in the area.

Parwan Park has been the organisation's headquarters for more than 60 years.

The property at 144 Woolpack Road, Parwan Park is attracting strong interest since going on the market for expressions of interest through selling agents Stockdale and Leggo Bacchus Marsh.

By the end of March all 100 bulls will be relocated to Camperdown and Glenormiston along with more than a million units of semen.

Mr Shelly said urban sprawl and changing rural landscapes meant GA needed to relocate to be closer to the heart of the dairy, beef and sheep industries.

"We are leaving a legacy of 60 years at Bacchus Marsh but with strong demand for land in the region we expect to see the start of an exciting new legacy and chapter for this property," he said.

"The area effectively outgrew us and we were landlocked by the urban sprawl and surrounding small property holders, but it's a unique property with great land and extensive infrastructure."

He did not expect the site to remain as a livestock facility.

"Demand for land in the region probably means it's too valuable for running livestock but there has already been strong interest from a variety of industries including vegetable and horticultural producers and other potential users," he said.

Parwan Park is currently zoned farming and features huge shedding and storage facilities with a range of undercover and outdoor animal housing options, and a large air-conditioned office and administration complex including a meeting room which can cater for up to 100 people.

This sale follows the sale of GA's Parwan Park South in 2017, however the co-operative will retain a presence in the Bacchus Marsh region with a new two-year office lease at Parwan Park South.

The story Parwan Park to be sold as Genetics Australia moves to Camperdown first appeared on Stock & Land.