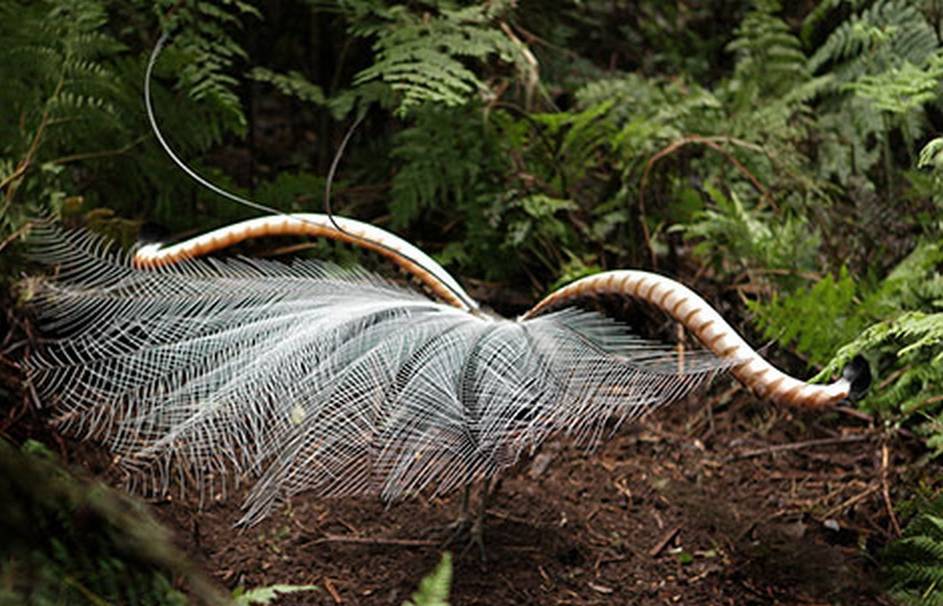 Male lyrebirds mimic outside threats from other birds when a female attempts to leave a male's dancing arena without mating.

Researchers at Western Sydney University in partnership with Cornell University, the University of Wollongong and the Australian National University, have found male superb lyrebirds can create an astonishing acoustic illusion of a flock of alarm-calling birds.

The researchers discovered male lyrebirds mimic these 'mobbing' flocks only during key stages of courtship: during copulation, or when a female attempts to leave a male's dancing arena without mating.

The evidence suggests males use their deceptive mimicry to prevent females from ending sexual interactions too soon.

"Darwin suggested that the flamboyant birdsong produced by male songbirds during courtship was the outcome of females' "taste for the beautiful", said Dr Anastasia Dalziell, a visiting researcher at the Hawkesbury Institute for the Environment at WSU.

"But this complex mobbing flock mimicry produced by male lyrebirds - in the absence of a predator - seems to be an attempt to deceive", said Dr Dalziell, the lead author of research published in the journal, Current Biology.

The researchers were surprised when they first recorded a male mimicking a mixed-species mobbing flock, particularly as they had instead set out to study the male's more common musical 'recital' song.

"Mimicking an entire mobbing flock during key moments of the mating sequence is truly a remarkable feat," said Dr Justin Welbergen, also at the Hawkesbury Institute for the Environment and a co-author.

"It has surprisingly profound implications for our understanding of the evolution of avian vocalisations."

Another odd behaviour they've observed was during copulation, the male lyrebird holds his wings over the female's head as if to 'blindfold' her and perhaps prevent her from detecting the male's deception.

This research opens new avenues for investigation in the quest to understand one of Australia's most beautiful, mysterious, and iconic native birds.