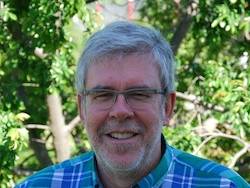 The currency played a big part in the Australian dollar value of wheat prices last week.

The currency played a big part in the Australian dollar value of wheat prices last week. The week started with the dollar already elevated, and it moved, briefly, above 80 US cents in intra-day trading mid-week. Then the Australian dollar fell sharply particularly on Friday night last week, when an equally sharp rally in the US dollar pushed futures prices down, but allowed the A$ value of futures to remain close to unchanged.

We also saw positive action in futures mid-week before prices pulled back sharply. Mid-week last week nearby futures had their highest daily closing price for the year despite not quite taking out the contract highs set in January. We also had the highest monthly closing price for a nearby contract since April 2014.

In the end, Chicago Board of Trade futures lifted a modest 4.75 US cents a bushel for the week but gained $A8.83 a tonne thanks to a 1.65 US cent drop in the value of the Australian dollar.

That supported our cash market in Australia, with gains in old season prices in NSW. Prices in Victoria and SA were close to unchanged for the week, with Port Adelaide prices still well above $300/t port basis. 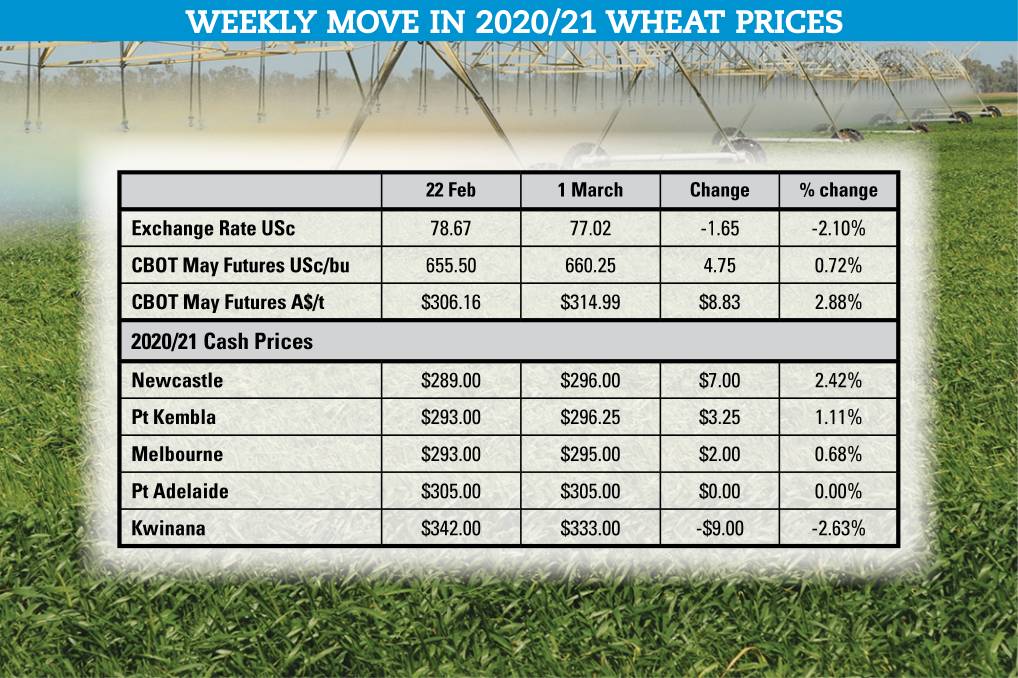 Prices in WA eased, but relative to Port Adelaide, WA prices had moved more than $10/t above where we would normally see them trade. There was room for prices to fall back to a more normal level against Port Adelaide and east coast port zones.

Last week's price moves were really just an extension of the volatility we have been seeing in both currency markets and grain markets.

The Australian dollar got a boost early last week as the COVID-19 vaccinations rolled out. The market took on a positive attitude regarding the economy and ongoing improvements as we slowly get back to a more normal life, with Australia seen as being ahead of much of the rest of the world.

By the end of the week the same sentiment had hit the US, with the US dollar surging. Other major currencies seemed to move up as well, leaving the Australian dollar weaker just about across the board. So that move in our dollar was not so much the A$ falling, but other currencies catching up to us.

In terms of futures pricing, the market continues to juggle the multiple weather risks. On the supply side the markets are watching the South American corn crop potential, and on the demand side a resurgence of African Swine Flu in Chinese pig herds is sending analysts back to their spreadsheets to try to determine what that might mean for Chinese feed grain demand.

Sponsored by
Those looking to replace animal meat will have to reassess their marketing strategies, experts say
Test
Both sheep and lamb numbers have increased despite good rains falling over key supply areas.
Test
Bag limits for Victoria's duck season have risen just months out from the season.
Test
Little flow-on affect expected in Australia
Test
Scanned-in-lamb ewe numbers travelling east concerning: Elders
Test
All involved in Sunday's spill are shaken, but OK.
Test
All the results and photos from the Holstein ring at the Sydney Royal Show.
Test
Cyclone Seroja delivers a cruel blow
Test