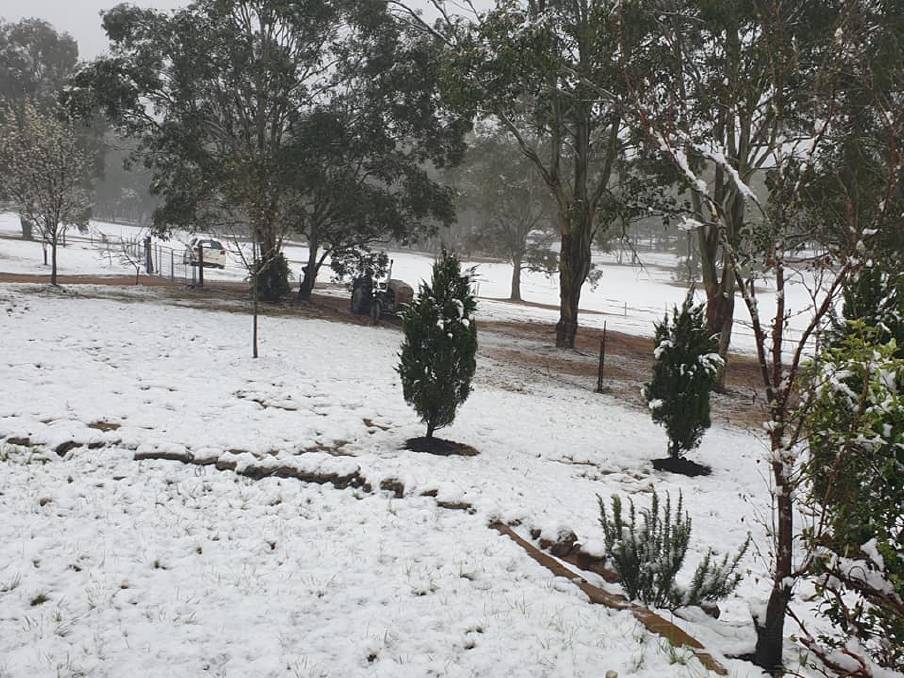 Grain industry pundits are keeping a close watch on crop production and planting intention forecasts being issued after recent widespread extreme cold weather and snow hit much of Europe.

Northern Hemisphere cropping conditions are weighing on the minds of local trade.

As the Northern Hemisphere spring approaches, the condition of winter crops across Europe and North America is fast becoming a major market focus.

This is especially pertinent after an extremely cold weather system swept across both continents in mid-February.

In Europe, the winter has been marked by three distinct cold spells.

The third - and most pronounced - of these occurred in the second week of February, and several regions experienced double-digit sub-zero temperatures.

In the process, some areas registered the lowest minimum temperatures experienced in the past 50 years.

But minimal frost damage is expected in areas that lost snow cover - due to warmer conditions ahead of the cold spell.

The February cold snap affected the biggest area, sweeping through Scandinavia and the Baltic States before moving south and west through Poland, Germany and parts of France - and finally into south eastern Europe and Turkey.

Despite this, production impacts are expected to be limited.

Most affected areas had developed adequate winter hardiness and were protected by a snow cover layer during the coldest periods.

The weather in Europe has turned decidedly warmer in the two weeks since the freeze.

Rainfall has also been average, or better, which could lead to early crop emergence from dormancy.

These crops would be at higher risk from sub-zero temperatures, especially if exposed with little snow cover.

The latest 10-day forecast suggests mostly warm and dry conditions will dominate across the majority of continental Europe.

The winter crops in France, which is the European Union's biggest grain producer, appear to have successfully negotiated the cold winter months and remain in excellent condition.

Favourable growing conditions there are expected to result in winter crops surpassing last year's output, which struggled on the back of a wet planting campaign and a late-season drought.

According to the government agency FranceAgriMer, the country's winter wheat crop was rated at 87 per cent good-to-excellent as of Monday February 22.

This is down from the 96 per cent good-to-excellent rating in November 2020, but it is up 1 per cent from the previous week and well ahead of the 64 per cent rating in that category at this time last year.

FranceAgriMer has rated the French barley crop at 83 per cent good-to-excellent, which is steady week-on-week; down from 94 per cent in the final update of 2020; and notably higher than the 66 per cent rating in that category at this time last season.

Conditions improved in Russia in late January, and snow cover was topped-up in many districts.

But in early February, a spell of warmer weather resulted in widespread snow melt across southern Russia and left some regions exposed to the mid-month cold snap.

The impact on yields is expected to be minimal at this stage, but a full assessment of damage and production loss will only be possible when spring arrives.

Despite recent temperatures being colder than average, the situation in Ukraine is more favourable.

The crop was sown into good moisture in the autumn and was well established going into the winter dormancy period.

Most northern and central regions have good snow cover, which has meant the crop is well insulated against any further cold snaps.

But, in the south, some key producing districts are susceptible due to lack of snow cover.

Of much greater concern to Black Sea winter crop production, according to leading agricultural consultancy SovEcon, is the development and persistence of an ice crust in fields across several regions.

If the ice crust persists for two weeks or more, the risk of winterkill increases substantially because the plant's photosynthesis process is disrupted.

But the weather forecast for the next few weeks has a warmer bias, which should alleviate any immediate risk.

In the US, total winter wheat plantings set a three-year high in the autumn and have risen by 5 per cent compared to the autumn of 2019.

The total harvested area in the US is expected to increase by about 3 per cent, assuming average abandonment and a minor decline in area sown to spring wheat.

Bitterly cold temperatures in February increased the risks of frost damage across the southern US Plains. But a uniform snow cover provided good protection in many areas.

The harsh winter storms have been followed by warmer temperatures across the Northern, Central and Southern Plains.

The warm conditions have extended across most of the regions that ran at more than 10°C degrees below "normal" levels for much of February.

There were only minor changes to the US winter wheat conditions reported last week, compared to the January update.

In the biggest production state of Kansas, the good-to-excellent rating was down by 3 per cent to 40 per cent. This compares to 45 per cent in that rating category in the same week last year.

It appears Texas probably suffered the worst in last month's freeze, as the crop was already pushing up a head in many districts.

The US Department of Agriculture (USDA) rated the crop at 30 per cent good-to-excellent, which was down by 1 per cent from the January rating.

The crop rating in Oklahoma improved from 34 per cent to 38 per cent across the month.

And in Colorado, the proportion of the crop in the good-to-excellent category lifted by 5 per cent to 52 per cent. This was dramatically improved from last season's late February rating of just 28 per cent good-to-excellent.

Although current moisture levels are satisfactory in most districts, except for parts of the Great Plains, the early La Nina influence is a concern.

The latest National Oceanic and Atmospheric Administration (NOAA) forecast suggests a 60 per cent chance of La Nina continuing into the spring - and then weakening.

There is always talk of production losses at this time of the year.

The markets tend to be extremely volatile as the trade and consumers react to every snippet of information in isolation, rather than considering the bigger picture.

The reality is that most production estimates factor in a degree of yield loss from frost and winterkill - and will vary by region according to historical performance.

Keeping it all in perspective seems to be the trickiest part of the equation.