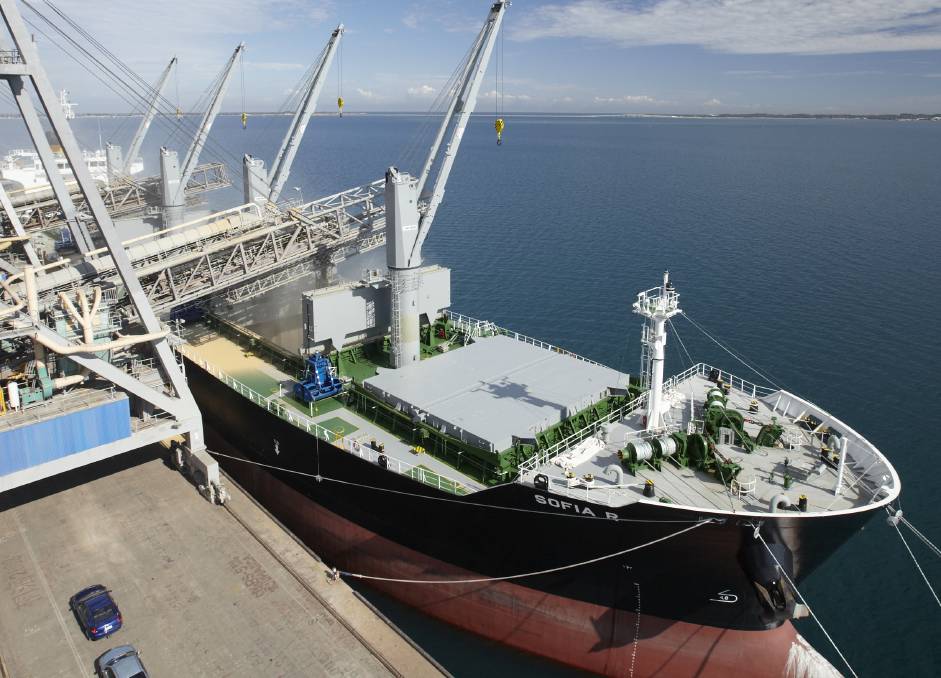 Exports of rural goods were mixed in January, with grain sales down a significant 15.1 per cent

Australia recorded an all time record trade surplus of $10.1 billion in January 2021 as monthly exports rose by 6.2 per cent and imports fell by 2.3pc.

Iron ore and non-monetary gold exports have led the charge.

Exports of rural goods were mixed in January, with grain sales down a significant 15.1pc despite the near record wheat harvest still being traded.

A bumper export result in December has helped push grain exports 73pc higher than a year ago when drought decimated the crop result.

Meat exports have continued to drift lower, down by 2.3pc over the month and 32.8pc over the year as livestock producers focus on restocking, particularly cattle herds, taking advantage of the much improved seasonal conditions.

She said the big trade result had helped Australia post a consistently large trade surplus for the past year, driven by strength in exports, up 2.9pc over the past year.

The services sector played a role in the balance of trade trend with imports falling more than services exports.

"Prior to the pandemic Australians spent more travelling offshore than foreign tourists spent here," she said.

"There also remains some foreign students studying in Australia which counts for education exports."

Import side consumption fell by 3.3pc for the month, notably toys, books and leisure goods (down 9.8pc) and textiles (down 13.5pc).

Household electrical imports did rise by 10.6pc and were now 44pc higher than the past year as renovation activity and working from home demand drove the category.

"We expect large monthly surpluses to continue, averaging $7b a month over 2021," Ms Allen said

"We do expect the demand impulse from China to soften over the second half of 2021."

CBA was expecting Australia's other major driver would be reopening of our international border, but that was not likely until at least June "so international travel and students will be a 2022 story".