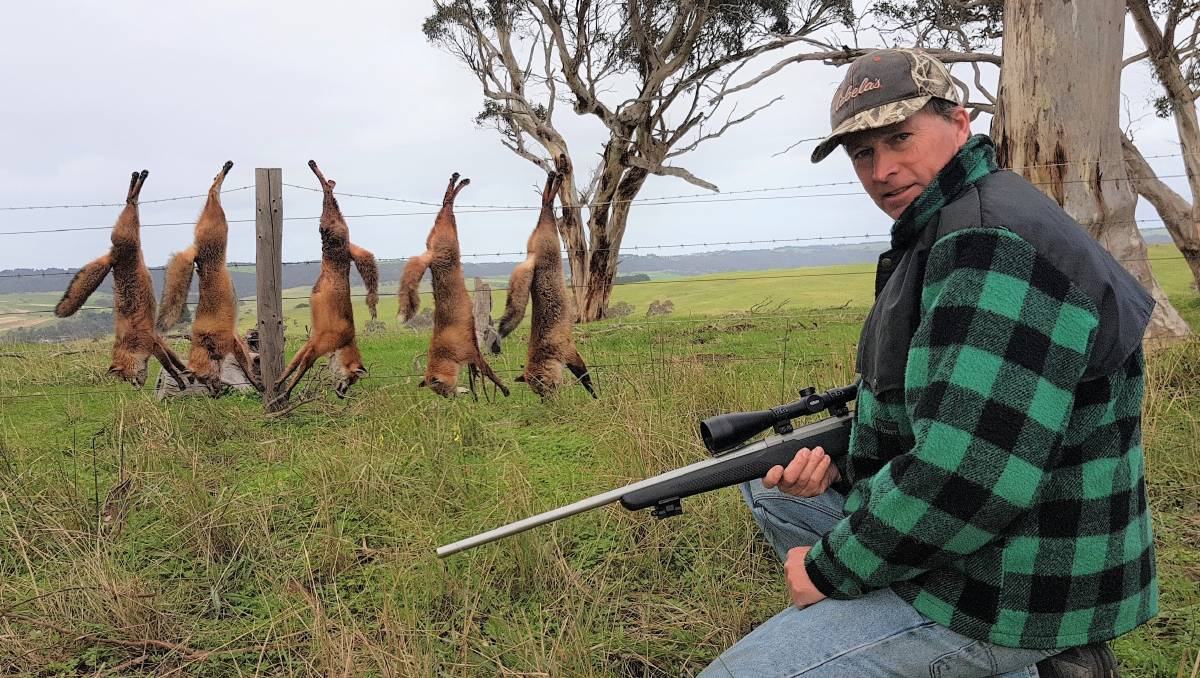 NO FOX FANS: Residents of other states would like to join Victoria which began its annual fox cull this week, supported by a government bounty.

Lots of states would like to copy Victoria and offer a bounty to help get rid of foxes.

Lots of states would like to copy Victoria and offer a bounty to help get rid of foxes.

According to some of the online comments on a story in Farmonline from last week, the Federal government should look at a national fox bounty to try and reduce their numbers.

Victoria is the only state which still offers a fox bounty, $10 for each fox killed.

But other states would like to get in on the action, and get the vermin under control.

Hundreds of people have commented on Victoria's decision to continue with a $10 bounty for foxes in a program which began this week.

By the end of this winter, close to one million foxes will have been shot or trapped in Australia's only government reward scheme of its type.

Despite the opinion of many experts who say bounty programs such as these are largely pointless, Victoria has continued the program now for 10 years.

"$10 for a fox and $10 for a cat is what needs to happen Australia wide," said Lyle Whitehead, a reader of Stock Journal in SA.

"Fox bounty needs to be double got to make them worth chasing," said another.

"I stopped persecuting dingoes 20 years ago. I now have no foxes and no cats. Beef cattle property in the Qld Channel Country," said another reader of Stock Journal.

"Just coming back in numbers here on the Central coast....baiting programs by the council were successful over the years but now the council is broke, foxes are brazen enough to be taking chickens in the middle of the day," said Sandra Rae, to The Land in NSW.

LINE 'EM UP: A famous and much photographed fox fence from central Victoria during the bounty in previous years.

"Shooting is the only verifiable method of reducing the numbers ... the likelihood of a bounty nation wide has many obstacles to clear, the money trough being the biggest. All recreational hunters nationally should be given incentives to take foxes and cats. We are not even close to winning the war on ferals," Michael Squires said.

Am sure a lift in the bounty to $30 a scalp would have a significant impact on the fox numbers. For many years to come. But forward planning doesn't rate high on the outcomes that could be attained," Neil Harris told Stock and Land in Victoria.

"Put a bounty on the kangaroos, (there are) more of them than there is people living in Australia, just a thought," said Joe Medlyn.

South Australia is running a bounty scheme now for wild dogs, $120 per dog, but that was a drought relief program. Most states also run similar wild dog programs, but not foxes.

Most experts say you need to remove two-thirds of a fox population in any one area to make a difference.

The cost of foxes in Australia has been estimated at around $227.5 million annually.

Victoria's bounty scheme began on March 1 and runs until the end of October.