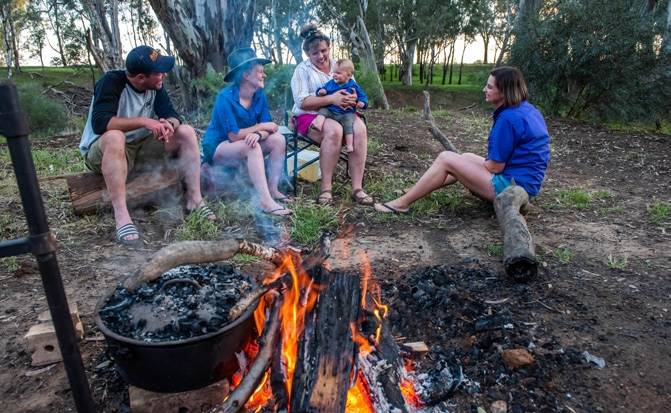 Victorians will be allowed to camp on Crown Land reserves adjacent to rivers for the first time, a move which has alarmed the farmers who lease that land.

Victorian farmers did not get their wish for people having to register to camp on Crown land leases.

Victorian farmers did not get their wish for campers having to register to use Crown land leases.

The government will instead use the threat of big fines to control access which will allow camping on licensed Crown land adjoining rivers for the first time.

Proposed new regulations allowing access to leased land have been released for public comment after the government followed through on its 2018 election promise to open up more areas for camping.

Farmers have been alarmed by the plan which gives campers access to about 17,000 kilometres of Crown frontage leased in 10,000 licences mostly granted for grazing.

Campers face fines of $1650 for not closing a gate, for instance.

Or the same amount for not having their dog on a lead.

The Victorian Farmers Federation wanted these regulations to provide a system of registration and for camping to be limited to areas where toilet and rubbish facilities are available.

Neither of those have been proposed.

VFF president Emma Germano said the government continued to ignore the very real fears of those who would be impacted.

"There's no stopping campers from settling in for up to 28 days as little as 100 metres from your home on licensed water frontage.

"It's safe to say by then many would have overstayed their welcome.

"It's a no-brainer that if camping is to be allowed on grazing licences, then dogs should not be allowed."

The VFF would also like to see a system of registration to improve accountability and assist farmers with biosecurity compliance.

Permits would be needed for only some areas, under the government proposals. 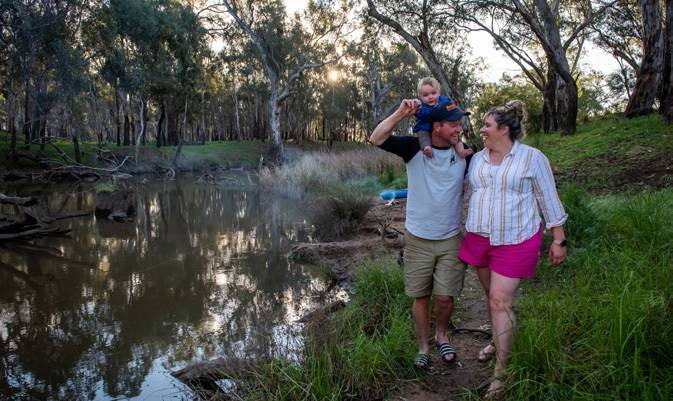 Victoria has long allowed people to access these river frontages for recreational but this change, planned to begin on September 1, allows people to camp at the same place for up to 28 consecutive nights.

"With these changes, campers will be welcome to use Crown Land with water frontage free and in harmony with licensees and the environment - the same way that currently occurs in State Forests."

The same camping freedom is still not allowed on licensed Crown land frontages to lakes, lagoons, marshes and swamps.

Campers are not allowed to "interfere" with any livestock on the land which includes stopping them from drinking at the river or creek or risk a $3304 fine.

Another of the proposed regulations requires dogs to be on a lead unless it is a gundog involved in hunting such as during the duck hunting season.

Campers would not be allowed to "cut, fell, pick, uproot, take, damage or destroy any vegetation, whether alive or dead" on the lease land.

The proposed fine if caught doing that is $3304.

Campers are able to collect some firewood, further than 20 metres from the river or creek.

" A person who uses or intends to use regulated land that is a licensed water frontage for recreation must not bring a dog onto that regulated land unless the dog is kept on a leash, chain or cord ..."

Campers face a fine of $3304 if they behave "in a manner that is likely to be a nuisance to any person".

The same penalty would apply if they behave "in a manner likely to cause danger or injury".

Campers are not allowed to tamper with any building, gate, fence, barrier, sign or other structure or works on the frontage.

Public consultation on the proposals closes on April 19. Feedback can be lodged here.