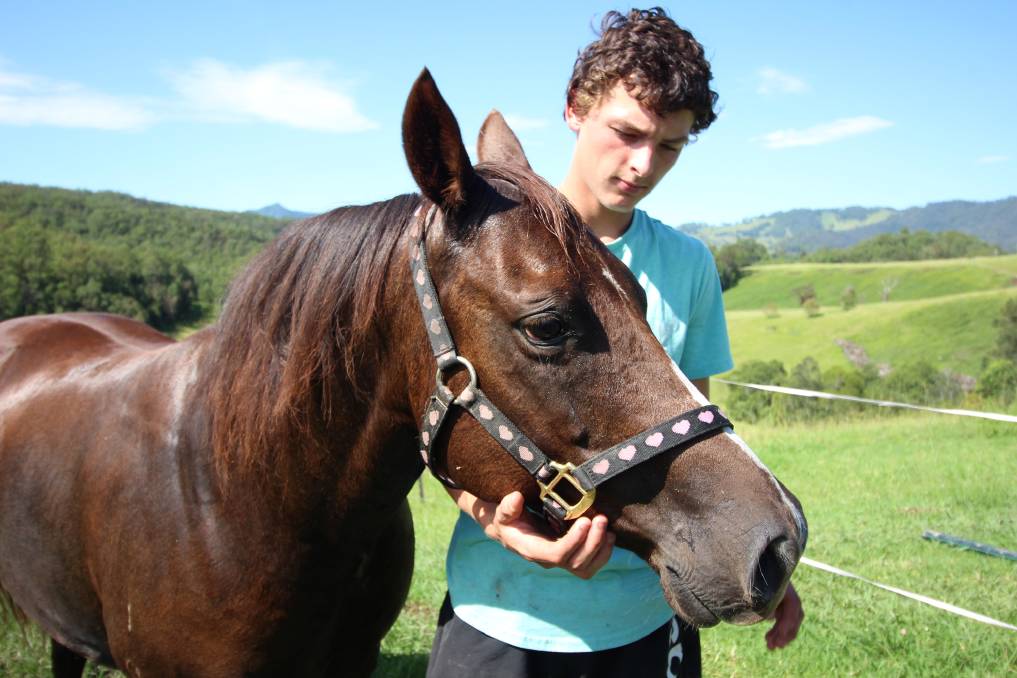 In the wilds of the a northern NSW region lives a brumby whisperer and some lucky Scottish Highland cattle.

In the "wild west" of the NSW Nambucca Valley, where reality crashes headlong into the folklore of the bush poets, there are whispers of a young man who intuits the minds of wild horses.

It may sound like the makings of a myth, but 19-year-old Clay Baker is as real as you or I.

When I first get the chance to meet Clay at his family's "Burrapine" property on the Mid North Coast he's calmly leading an overweight cutting mare which until two days before had been written off as a lost cause by all who saw her.

Her name is Shyla, and her behavioural issues had become so problematic that her owner had been resigned to leave her to her own devices in a paddock for years.

But Clay was not about to give up on her.

"Everyone else thought she was going to kill him - she was bucking like a bronc and dinting cars and rolling over. But Clay never even broke a sweat - he almost looked bored with her antics, as if to say 'is that all you've got'," friend Beck Beverley said.

He persisted with her for two days and the pair eventually came to an understanding.

"When a horse does go off they usually don't do that to hurt you - everyone gets in a mood sometimes," he said.

The term 'horse whisperer' gets bandied about a bit, but Clay appears to be the real deal. Around humans he can sometimes be shy and nervous - traits which likely stem from his mild autism.

But he's clearly in his element around horses.

"He's been like that since he was a young kid," his mother Jencie Martin said.

"He once rescued a horse that was going troppo at a competition when he was seven - everyone just stood there with mouths open after he walked up and calmed it down with one gesture.

"And he can pick them from a mile away - without even seeing them up close he instantly knows which ones are going to buck."

He doesn't use many of the old-school techniques designed to shatter a horse's spirit - he never pushes them past their breaking points, or deprives them of food, instead preferring to earn their trust.

"There's a clear definition between a breaker and what Clay does - he trains them," Jencie said.

"People often come here for reeducation, and I've seen that many people cry when Clay gets them to a point where they can touch their horse for the first time."

He's now turned around 30 horses by himself, in between his work at the Kempsey Race Course.

Many of those horses the family has rehomed locally, only taking fees to cover the costs of transport and feed.

"We do it purely for the love of animals," Jencie said.

"We never ask for any help for the rescues we take on. This last lot we actually lost money on." 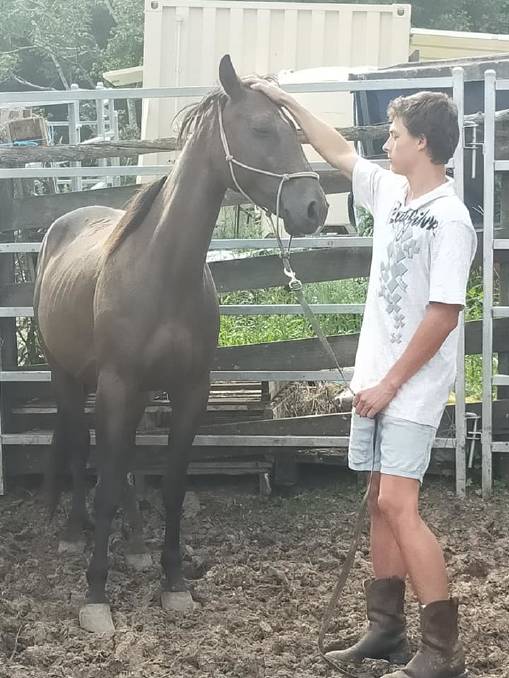 Over the big wet in December the family had a delivery of 10 brumbies from the Oxley Wild Rivers National Park.

With the debate heating up around aerial culling again, and the NSW Government recently throwing its support behind reducing the numbers of Kosciusko brumbies, there is a fevered desire from horse lovers to trap and save as many of the 1000-or-so heritage horses in Oxley and 1500 or more in Guy Fawkes National Park before the horse management plan changes there, too.

"There was a callout asking if anyone could take some brumbies before they were killed," Jencie said. "We knew we had to."

It's a formidable task to earn a wild horse's trust - made all the more difficult by the trapping process.

"When they get to us they're just traumatised," Jencie said.

"The only thing they know of humans is violence and the inside of a trailer. They often come with skin ripped off their legs and heads from throwing themselves around.

"And some horses never make it."

When the weather would let him, Clay trained the stallion and quickly won him over, later bringing most others around in a matter of weeks.

They were rehomed quickly; two in Bowraville, four in Kempsey, and two in Taree.

But one mother and her foal were proving more difficult. 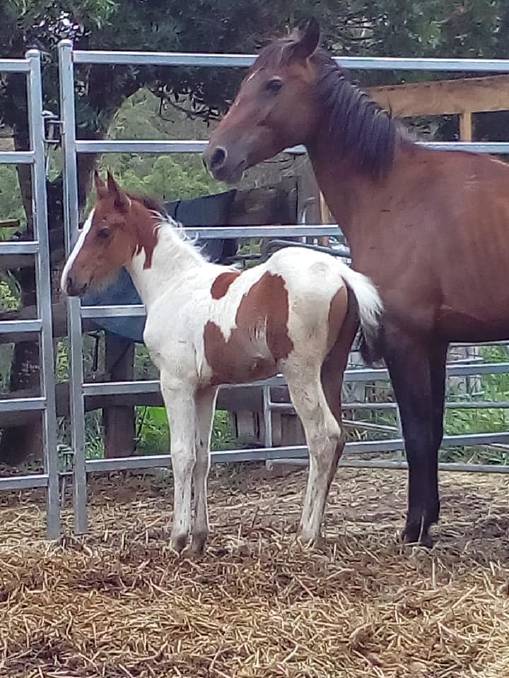 Brumby mare and her foal. Photo courtesy of Burrapine livestock and brumby rescue

"They were so frightened to even come near you," Jencie said.

"People said we'd need to shoot her - she's a seven-year-old brumby set in her ways."

But there is nothing Clay rises to more than when people tell him he can't achieve something.

When I visit the yard, Clay is hand feeding the pair, and fooling around with the foal. He's also been able to put head collars on, and lead them around.

"No one could believe it," Jencie said. "When it comes to animals he's just got the touch."

But it's not just horses that get a second chance in Burrapine.

Jencie and her husband Jason Martin have also taken on a fold of 11 Highland cows, or coos, as they're called in Scotland.

The cattle came to them in a sorry state from a farmer who became unable to care for them when his wife fell ill.

"Both of us knew if we said no to this man, these cows were gonna die," Jencie said.

"We worried that some might not even make the journey home."

But for Jason the situation also represented an opportunity to make his mark on the industry. 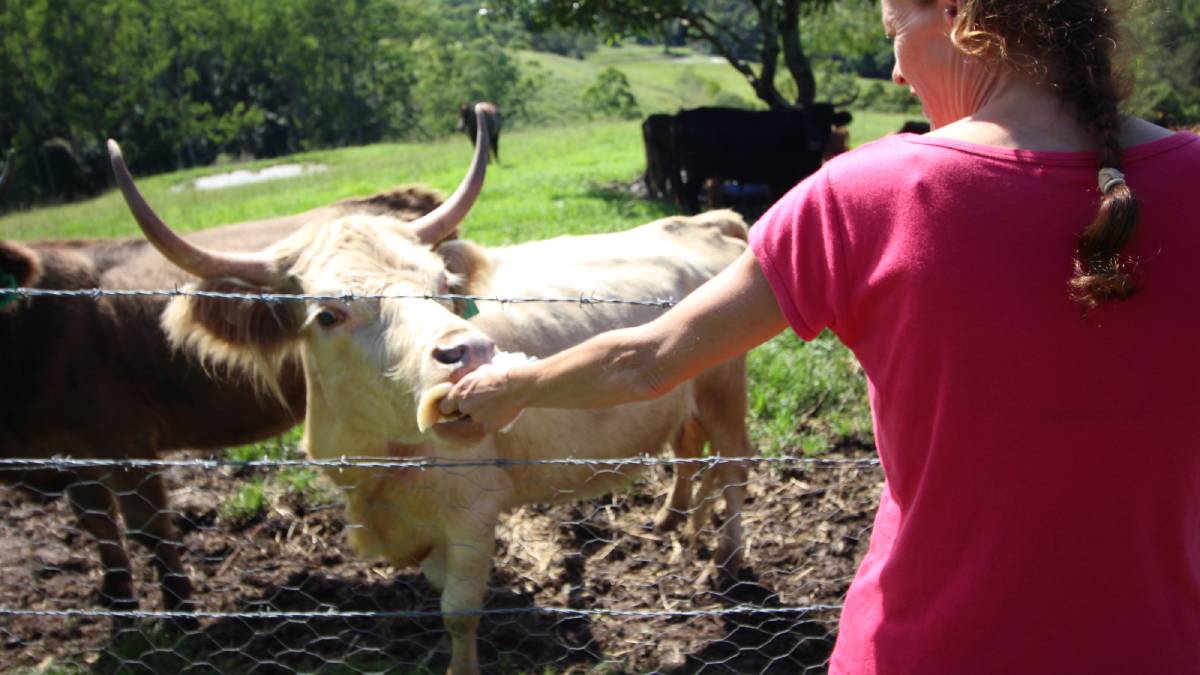 Until recently Scottish Highland was listed as an endangered stock breed.

"And they're still excruciatingly hard to get," Jason said.

Highland cattle are officially the oldest registered breed in the world, and the Queen herself has two folds of Highlands kept at Balmoral.

Wild herds have been studied and found to have a clear structure and hierarchy of dominance, which reduces aggression; they are reportedly an incredibly docile breed.

They're also slower-grazing and therefore have lower methane emissions than most other breeds.

In the space of six months, the Martins' fold has fattened and is looking fit and healthy.

But the hairy Highlands are not the only herd they've wrangled. 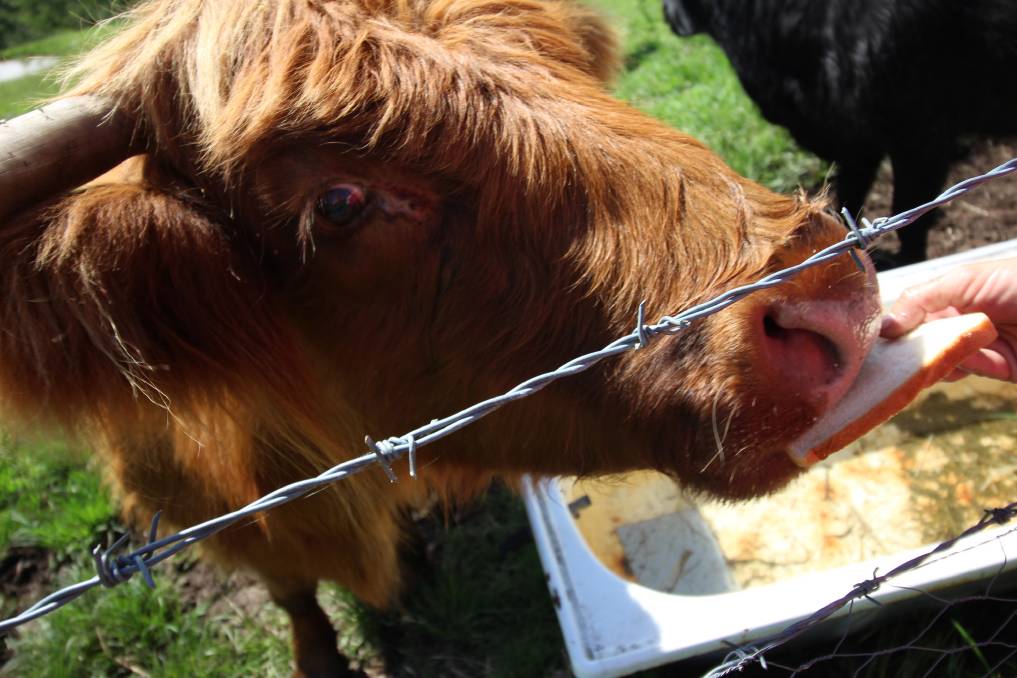 When the pair bought their Burrapine acreage three-and-half years ago there was a herd of Brahman which had been on the loose for years.

Jason was told there was not a fence that could keep them in. And a bet was wagered that if he could yard them he could choose a herd from them.

It took 12 months of persistence, and a yard that was completely smashed to pieces, but Jason eventually won that bet and tamed the wild herd with gentle encouragement.

It's prudent to explain that these countless rescues (and many not mentioned here) have come during a prolonged season of drought, fire, and flood.

But after three-and-a-half years of weathering the storms, the family is looking forward to using their unique talents to their advantage.

Jason and Jencie have a long-term goal of having 30 breeders of Highland cattle a year - a breed very high in demand.

Clay eventually plans to start his own horse training business.

And both the rescued Highlanders and the remaining brumbies are set to make their mark on the Nambucca Valley when they become a feature of the family's scenic farm-stay venture.

The story The brumby whisperer, and the family giving livestock a second chance first appeared on Guardian News.