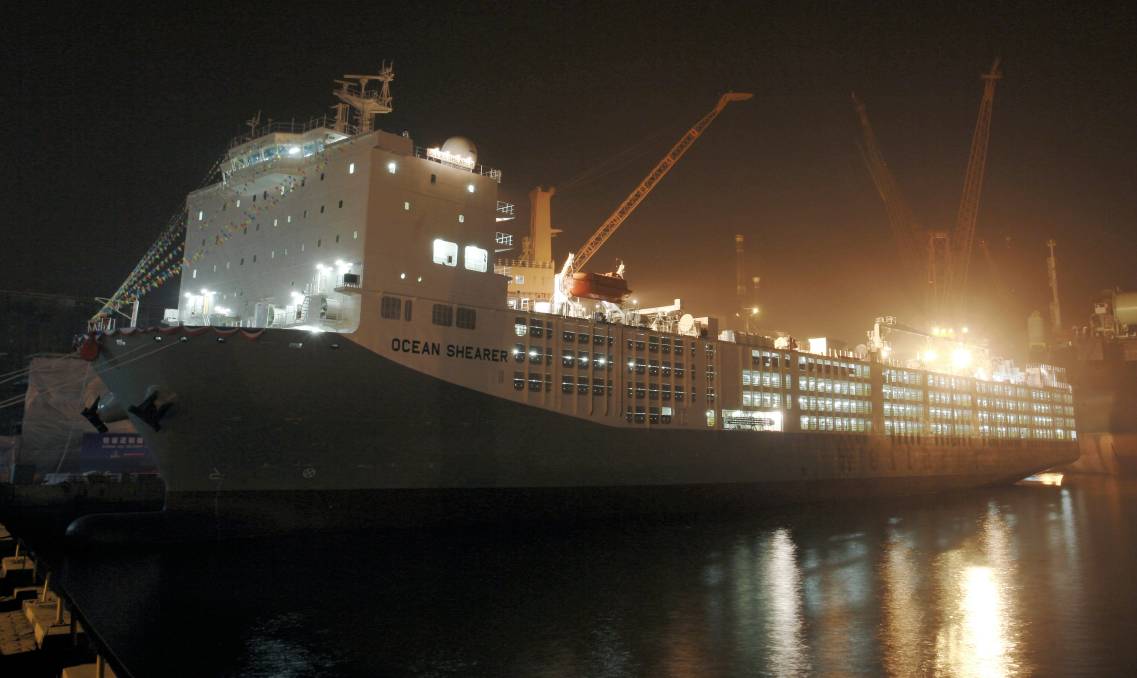 West Australian-based Wellard has lamented the slump in Australian exports caused by a shortage of cattle pushing feeder steer prices to historic highs above $4 a kilogram and driving overseas buyers elsewhere to find cattle.

Live sheep markets in the Middle East are also frustrated by diminished flock numbers and mid-year shipping regulations in Australia introduced to stop carriers travelling into the Gulf region at the height of the northern hemisphere summer.

The big livestock exporting business, which now focuses on chartering its ships to other export companies around the globe, posted an after tax loss of about $2 million for the six months to December 31, compared with a $1.8m loss a year earlier.

The half year loss followed a rebound in its financial fortunes at the end of 2019-20 when the company reported a modest full year profit of $200,000 - its first since listing as a new public entity in 2015.

NZ, a major exporter of young dairy breeders, temporarily halted shipments after the United Arab Emirates carrier Gulf Livestock 1 sank in a typhoon in the East China Sea carrying about 5800 heifers loaded in Napier and destined for Chinese dairy farms.

Although Wellard had no connection with the doomed ship, which was chartered by Victorian-based Australasian Global Exports, the export ban forced the WA company to abandon its own loading plans in NZ and re-route its Ocean Drover to Townsville where it was then only partially filled.

The latest half year trading result included a non-cash depreciation and amortisation expense of almost $6m relating to the depreciation of its shipping fleet.

"We were actually on track to add to our 2019-20 full-year profit, but a couple of events combined to prevent that from happening," said Wellard executive chairman, John Klepec.

However, given the company's revenue was down 46 per cent on the previous year at $26.5m, Mr Klepec said Wellard's results actually showed it was a far more financially resilient business than two or three years ago.

Cost and lost income setbacks which contributed to the half year loss included a longer than planned period in dry dock in China for the Ocean Ute which was caught by COVID-19 related labour, quarantine and equipment supply restrictions.

While in dry dock, extra ballast was also added to the vessel to enhance its stability in a direct response to the Gulf Livestock 1 disaster and potential changes to stability requirements by export nations such as NZ.

With competition in the live transport business intensifying because buyers in destination countries were by-passing Australia as a source of sheep and cattle, Wellard had been forced cut its charter margins when locking in long-dated charter contracts to keep its vessels in work.

The company noted how total feeder and slaughter cattle numbers exported from Australia fell by about a quarter in the second half of last year, compared with the first six months.

Live sheep exports for the year were down 27pc compared with 2019 because of tight supplies and high prices, and the movement of about 1 million WA sheep to restockers in eastern Australia.

Middle East markets have responded by relying increasingly on more consistent numbers and the improving quality of live sheep exported from Europe via Romania.

Only a handful of shipments left Australia in the second half of 2020 - well down on the situation a few years earlier when up to four boats were departing Fremantle alone every month.

As Australian cattle export numbers had declined, Wellard had ramped up its activity on the South America to China route and NZ to China.

"Fortunately the cost out program and balance sheet overhaul we have achieved in the past 18 to 24 months has allowed us to weather the past half's operational changes," he said.

However the current half year period had started relatively well.

"The group has negotiated a good forward charter book, ensuring available utilisation rates are likely to be very high for the second half and overall utilisation rates will be high," Mr Klepec reported to shareholders.

The company said no livestock mortalities were recorded in the six month period.