The 64-year-old farmer and grazier was first elected to federal parliament for the seat of Gwydir in 1989 and was deputy prime minister under John Howard from 1999 to 2005. 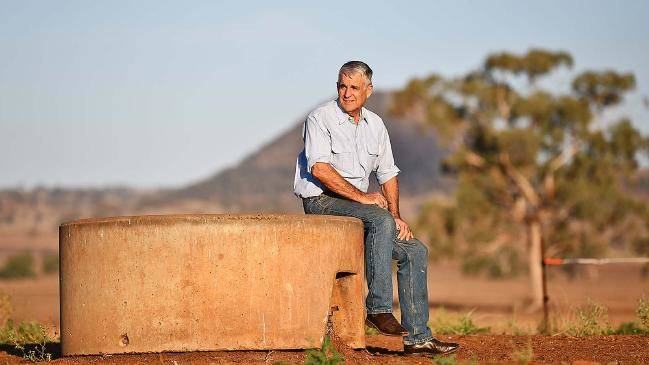 POLITICAL COMEBACK: Gunnedah-based farmer and former Nationals leader John Anderson is angling for a political comeback as a senator for NSW. Photo: file

Gunnedah-based farmer and former Nationals leader John Anderson is angling for a political comeback as a senator for NSW.

The Nationals will shortly announce their NSW Senate pre-selection timetable ahead of the next federal election, which could be held as early as August.

Mr Anderson said he had "carefully and honestly" considered the best way to help the party.

"After careful thought, and much encouragement from others, I feel it is right for me to at least offer to play for the team that I once captained for another season."

Mr Anderson would not seek the leadership or a cabinet post, instead making his contribution from the back bench, the newspaper reported.

The 64-year-old farmer and grazier was first elected to federal parliament for the seat of Gwydir in 1989 and was deputy prime minister under John Howard from 1999 to 2005.

Mr Anderson would have a strong chance of being elected at a half-Senate election if he were the Nationals' top-ranked candidate.

He told the ABC he did not intend to be "a kingmaker or a king" but rather lead a "decent and civilised debate about our priorities".

"It is me saying to the National party, 'If you think you can use my experience ... I'm willing to have a go'."

Among the issues he would pursue would be resetting the economy post-COVID, lifting the rate of spending on defence and improving the agricultural sector.

Mr Anderson said he was concerned about climate change as he lived "at the coal-face of it" as a farmer.

He said farmers should be better recognised for the role they are playing in tackling climate change and protecting the environment.