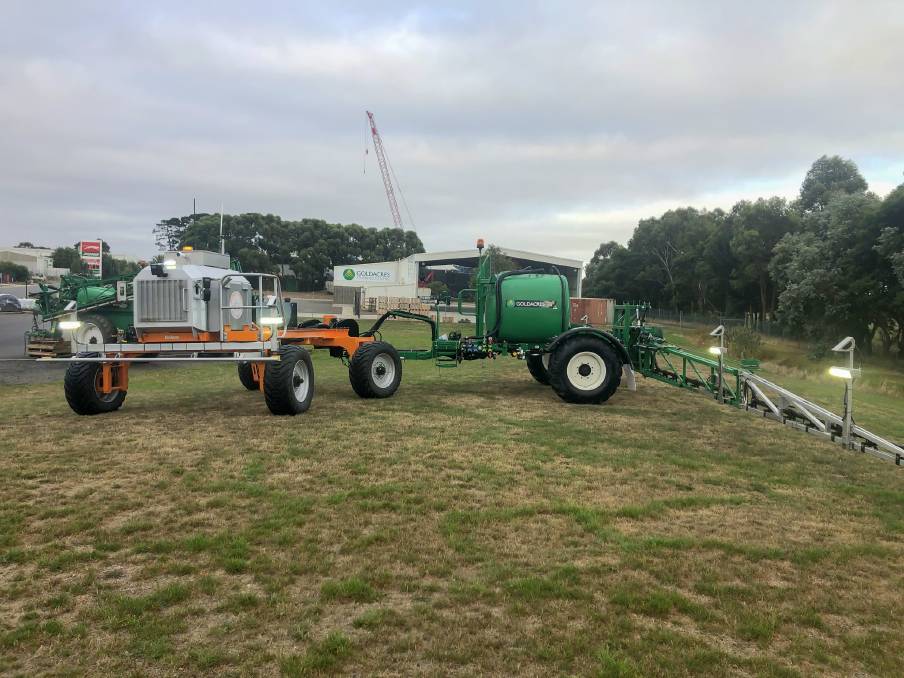 Two innovative Australian farm machinery companies and their overseas partners are joining forces to produce what they claim will be the world's first fully autonomous green-on-green weed spraying unit.

They have fitted a Victorian-made Goldacres Prairie Special trailing sprayer with green-on-green weed detection technology and then hooked the machine to a Queensland-built SwarmBot robotic tractor.

SwarmBot autonomous tractors are manufactured by SwarmFarm, headquartered at Gindie near Emerald, and are now being used in a number of commercial agricultural pursuits including cotton, grain cropping, turf, sugarcane and horticulture.

The sprayer is being pulled by a fully autonomous FarmBot Uniform tractor powered by a Hatz four-cylinder diesel producing 61.8 kilowatts (83 horsepower).

The tractor has a hydraulic drive with articulated steering and a top speed set to 10 kilometres per hour.

The sprayer is equipped with a US-built Raven controller with RCM (rate control module).

In a statement Mr Tuppen said he and the Goldacres engineering team had invested many hours in the six Weedetect cameras which are mounted three metres apart. 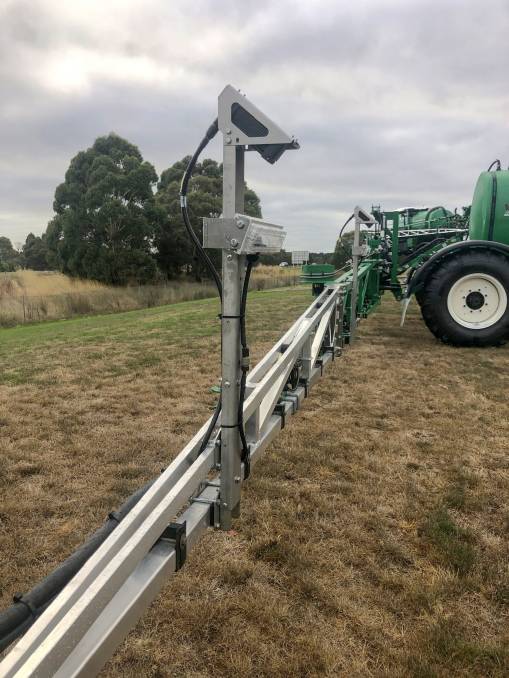 EYE TO THE FUTURE: The weed detection cameras mounted on the Goldacres trailed sprayer which can identify weeds in growing crops. Picture by Goldacres.

Getting the three systems provided by Bilberry, Raven and Goldacres to work together had been the biggest challenge for the team.

They have developed a camera-mounted intelligent spot spraying system to spray weeds in crops.

Bilberry co-founder and CEO Guillaume Jourdain said his team now had the algorithms ready for detecting broadleaf weeds in wheat, oats and barley.