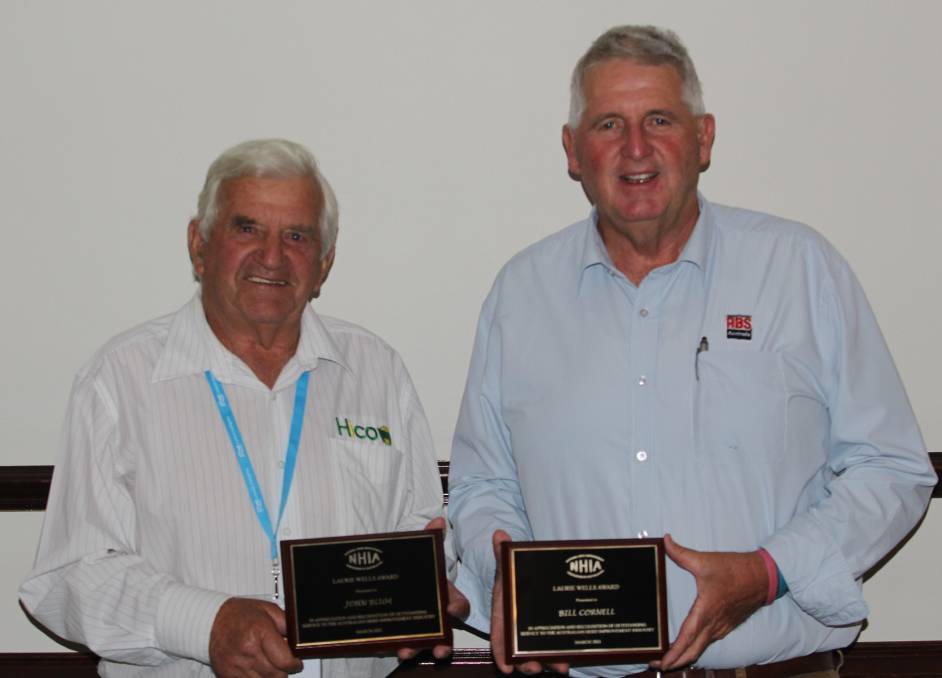 John Blum and Bill Cornell each earned the NHIA Laurie Wells Meritorious Service Award for outstanding service to herd improvement, which was announced at Herd '21.

John Blum, Bill Cornell and Helena Carter have been recognised for their valuable contribution to herd improvement at a herd '21 dinner, held recently.

"I was shocked, very proud and humbled to receive the award," he said.

Mr Blum described the advancements in breeding and genetics as "fantastic".

"When I started in the industry we were milking by hand, then we had walk-through dairies then herringbone, then rotary dairies, now there is robotic milking - I've seen all those changes," he said.

"The genetics have improved so much in terms of production and confirmation, they are so much better than 60 years ago.

"Where can we go from here?"

Mr Blum has no intention of slowing down, saying he is still passionate about breeding cattle.

"It is something I enjoy doing and I hope I can continue to help young people in the industry," he said.

"I was quite surprised and very honoured, I was quiet chuffed to receive the award," Mr Cornell said.

While he doesn't know who nominated him for the award, Mr Cornell said he does have some suspicions. 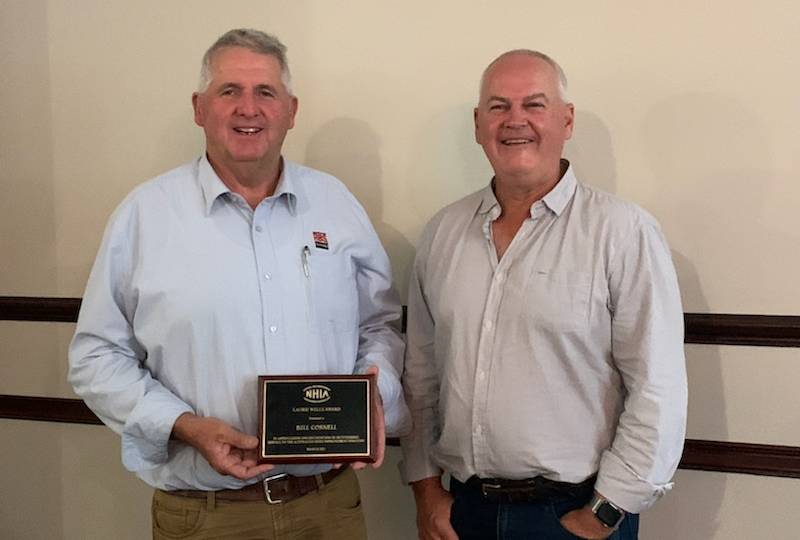 Mr Cornell has seen a multitude of changes since pursuing his career in 1972.

"The most significant change for beef in terms of herd improvement is fixed time artificial breeding (AI), which has certainly streamlined the whole process of AI," he said.

Over the years, he has been instrumental in assisting farmers to implement these programs into their breeding operations.

"Myself and the team at ABS have been championing this program for two decades now," he said.

"We have brought world experts, such as Dr Rick Funston, and Dr Cliff Lamb from the US who are in the top handful of people in research and delivery of fixed time AI and have run seminars in Australia with them as guest speakers."

In the past, the progressive Mr Cornell has looked to the dairy industry for inspiration in his own field.

"When I was on the Angus Australia board in about 1995, I recommended that they set up a dialogue with Holstein Australia," he said.

"I could see what they were doing with genomics, etc and that the beef industry would be doing the same in time.

"That connection is still there today, and it is the glue between beef and dairy." Helena Carter was named the NHIA Young Achiever at Herd '21.

The Young Achiever award identified her initiative and motivation to contribute to herd improvement.

Originally also from Camperdown, she studied a Bachelor of Zoology and Animal Science at Deakin University.

When she finished her studies, she worked on a dairy farm for a number of years.

The award is $2500 and Helena anticipates using the money to fund leadership and/or communication training as her role at TLG is expanding and she will soon be required to coordinate staff.