'Fair Go Dairy' scheme to give consumers more information about the price paid to farmers supplying the milk. 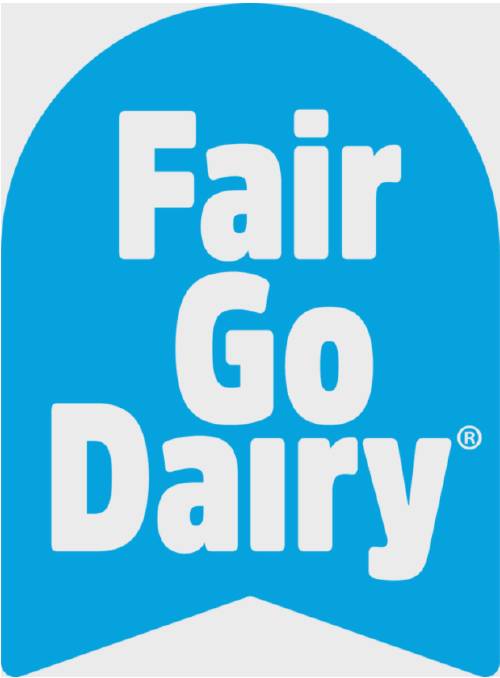 QDO will grant processors a licence to use the 'Fair Go Dairy' logo on qualifying dairy products.

The ACCC has given the Queensland Dairyfarmers' Organisation Limited (QDO) the go ahead to give effect to its proposed 'Fair Go Dairy' licensing scheme for five years.

Under the scheme, QDO will grant processors a licence to use the 'Fair Go Dairy' logo on qualifying dairy products.

These products must contain at least 80 per cent unprocessed milk that was produced by Queensland dairy cows and purchased from a Queensland dairy farmer for more than or at a price QDO considers as 'fair'.

The logo is intended to signal to consumers that the products bearing the mark are made from milk for which farmers have been paid a minimum price, known as the Sustainable and Fair Farmgate Price (SFFP).

Processors that comply with the 'Fair Go Dairy' scheme will be able to affix the following registered trade mark to resulting dairy products, including dairy milk, dairy cream, dairy desserts and cheese variants.

The 'Fair Go Dairy' scheme is intended to be voluntary, and only brands which would like to display the trade mark, denoting that they are paying farmers a 'sustainable and fair farmgate price', must comply with the scheme.

"The scheme is likely to give consumers more information about the price paid to the farmers supplying the milk for participating products.

"It may also be a useful tool for dairy processors to signal to consumers what they are paying Queensland farmers."

QDO state president Brian Tessmann is very optimistic about what the Fair Go Dairy logo can do for the Queensland dairy industry.

"Incremental changes to market share within the dairy cabinet will show those processors that still need convincing that this is what consumers want," Mr Tessman said.

"It's certainly what our farmers want and need if they are to keep going.

"I'd like to personally thank the Queensland government and individuals who have supported us throughout the process."

"It is an opportunity to communicate with consumers about what processors are paying farmers and rewarding the brands that do pay a fair price," he said.

Mr Danzi said consumers were increasingly aware of the stories behind the products they buy off supermarket shelves.

"The scheme offers consumers clarity as to what farmers are being payed, so they can buy with the confidence that farmers are getting a fair price for what they produce," he said.

The development of the scheme has been a long time in the works.

QDO has worked in partnership with the ACCC and Queensland dairy farmers to bring it to fruition.

"A lot of farmers want consumers to know what processors are paying for which products, so they're very supportive," Mr Danzi said.

"We were on our way out [of the industry] and only recently made the decision to start supplying to Maleny Dairies after over a decade supplying to Lactalis," Mr Hayden said.

"Knowing we would be guaranteed a fair and sustainable price for our milk with Maleny was a key factor in our decision to keep dairying.

In 2021/22 QDO has calculated a minimum price of 73.8 cents per litre processors have to pay farmers in order to participate in the scheme.

The ACCC's authorisation is granted until 2026.

The scheme is expected to be launched in the coming months.

On September 25, 2020, QDO lodged an application for authorisation for a licensing scheme for processors of milk and dairy products to apply a "Fair Go Dairy" logo to their products.

The ACCC granted QDO interim authorisation on December 18, 2020 to allow them to commence negotiations with milk processors and undertake marketing and planning for their proposed 'Fair Go Dairy' licensing scheme.

However, interim authorisation did not permit any agreements to be signed or come into effect until the ACCC's final determination.