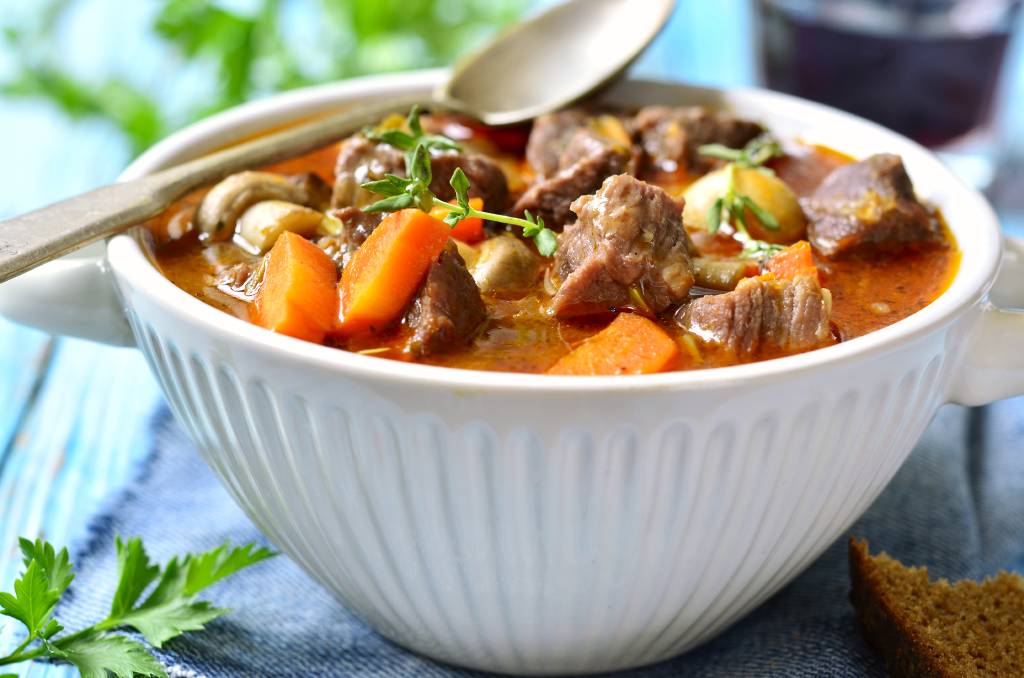 HOME COOKED: The roll-out of a COVID vaccine is not expected to flow through to increased food service activity until, at least, later this year, which means Australian beef marketers will continue to focus on driving at-home consumption overseas.

TRADE agreements and competition from fellow beef-producing nations are expected to have a lot of sway over the prosperity of Australia's beef exports moving forward.

There are, however, plenty of complexities at play, particularly given supply ebbs and flows in big cattle countries like the United States and Brazil and the unknowns for demand as COVID recovery progresses.

Government economists predict that up until at least mid next year, the US and Brazil will continue to grow beef exports to high-value markets, notably China.

In the United States, concern from the cattle production sector about dropping prices due to increased supply appears to be carrying less weight as an increasingly optimistic outlook for domestic demand emerges.

While slaughter rates are running at a higher level than a year ago, and the latest figures from Rabobank show beef production is around 5 per cent above where it was a year ago, there are indications demand has returned.

Beef cut-out values in the US were above a year ago in spite of increased production and export volumes remain strong, Rabobank's latest Beef Quarterly reported.

International economic consultant Len Steiner said the rebuild underway in the western parts of the US following drought-induced cow liquidation was not having a huge effect on prices.

Lower calf crops would be recorded for two years in a row and that pointed to beef production being down in the calendar year of 2023. That would certainly support prices, he said.

"The concern was for between now and then but we think as we come out of this pandemic there is going to be a change in demand," he said.

"And as we all know, supply and demand are the two things that determine price."

As a smaller US production flows through to less exports in a few years time, it will likely increase beef prices in key export markets where Australia and the US compete, particularly the higher value chilled beef, according to Jonathan Wong, from the Australian Bureau of Agriculture Resource Economics.

Meanwhile, the United Kingdom has reportedly put it hand up to be a part of the Comprehensive and Progressive Trans-Pacific Partnership, the free trade agreement between 11 countries including Australia, signed in 2018.

Talk is the new US president will also look to enter, in contrast to Trump's grand exiting of negotiations.

Rabobank analyst Angus Gildley-Baird said any expansion of the CPTPP has the potential to impact global beef trade flows.

A UK joining is seen mostly as a positive for Australia's attempts to foster stronger red meat trade relations, with little downside in other markets as Britain is no big beef exporter.

"If the US came on board, the possibility is it would bring them into alignment with Australia's tariff reduction schedule in countries like Japan," Mr Gidley-Baird said.

"We are on a good wicket with US at the moment, so there is probably not many benefits to secure in terms of our beef going to the US."

With food service operations likely to remain restricted in most parts of the world until at least later this year, at-home consumption will be the big focus area for Australian beef marketers.

Rabobank says China and the US are leading the at-home consumption trend.

Both are significant markets for Australian beef.

International analyst Simon Quilty, Global Agritrends, told the recent ABARES Outlook conference there was no doubt COVID-19 led to a strong focus on health aspects in food and so certain products, such as organic, have flourished.

"Price-wise we saw a collapse of 27 per cent during 2020 in (Australia's) frozen grass-fed beef into China," he said.

"That's the commodity end of the market. At the high-end, the 150 to 200 day fed animals and Wagyu sailed through COVID almost bulletproof.

"So what we've learnt is the high end of the market is where we need to focus."