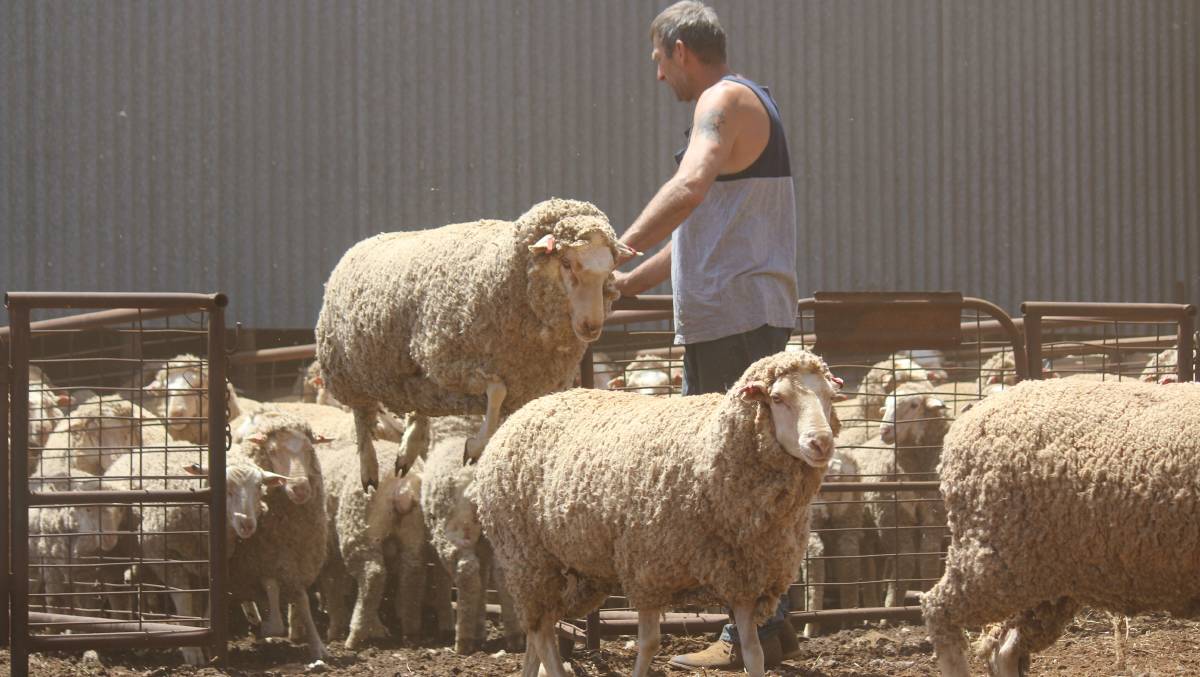 HOPE FOR A RISE: Have wool prices done enough in the last few months to persuade breeders to join Merinos to Merinos.

Although the wool market has rallied, lamb values are high, putting pressure on the Merino game.

Despite the rise in the wool market, experts are predicting a continuation of lack lustre prices will see a decline of sheep producers breeding self-replacing Merino flocks.

And instead, will opt to join their Merino ewes to terminal or maternal sires.

Down the track this will mean more lambs destined to for the processors later in the year, or early in 2022, and slower growth in the supply of Merino replacement ewes, and Merino wool.

"Following the tanking wool prices, and relatively strong lamb prices of the post-COVID markets, there was plenty of concern for the future of Merinos," Mr Brown said.

"Even for those that swung back into Merinos last year, looking at the market and terminal ram sales this year, there hasn't been a lift.

"I expect we might see a few going back the other way.....joining those excess ewes to terminals again."

Earlier in the year, Australian Wool Innovation and Meat and Livestock Australia's released their wool and sheepmeat survey.

The survey showed Merino ewes joined to Merino rams made up 60 per cent of all ewes joined for spring lambs.

"Given that the measure we were looking at was the 19 micron price guide (MPG) to the Eastern States Trade Lamb Indicator (ESTLI), that micron hasn't actually improved that much," he said.

"Seemingly enough to encourage Merino breeders. But from May to October 2020 the 19 MPG averaged just a 57pc premium to the ESTLI."

During the first two months of 2021, the 19 MPG averaged 78pc, still lower than any time prior to March last year.

"It's the sort of thing that sees people produce fewer Merinos to produce wool."

But Nutrien Ag Solutions stud stock specialist Rick Power said now is not the time to think about changing an enterprise just because the wool market isn't at an all-time high.

And he believes there will be a swing back to Merinos.

"I think we all want to hear that the wool job is going to turn and be good for the next 10 years, but until we can actually prove it and get the demand out the other end, no one can really make that comment," Mr Power said.

"There has been in excess of one million ewes brought over from WA and a lot of those ewes have perhaps been joined to British breeds, but not all of them.

"I think you will see a bigger swing this year back into Merinos because you can't breed first-cross ewes without them."

Mr Power said he has had a number of commercial agents encouraging their clients to join their ewes to Merinos rather than Border Leicesters.

"It's not all about the price guide of meat, it's about getting numbers and building the flock again," he said.

"People aren't going to send any Merino ewe lambs to slaughter just because the prime lamb job gets to $10 a kilo in the next two months."

Mr Brown said it comes back to the question of next spring-summer lamb supply.

"If we see a lot of terminals go over Merinos, those lambs will be sold spring and summer next year, so it might lift that supply," he said.

"This year was very tight so it is going to lift anyway, but how much and what it does to prices is a bit of the unknown."