Rural Australia is sadly losing its churches at a steady rate. 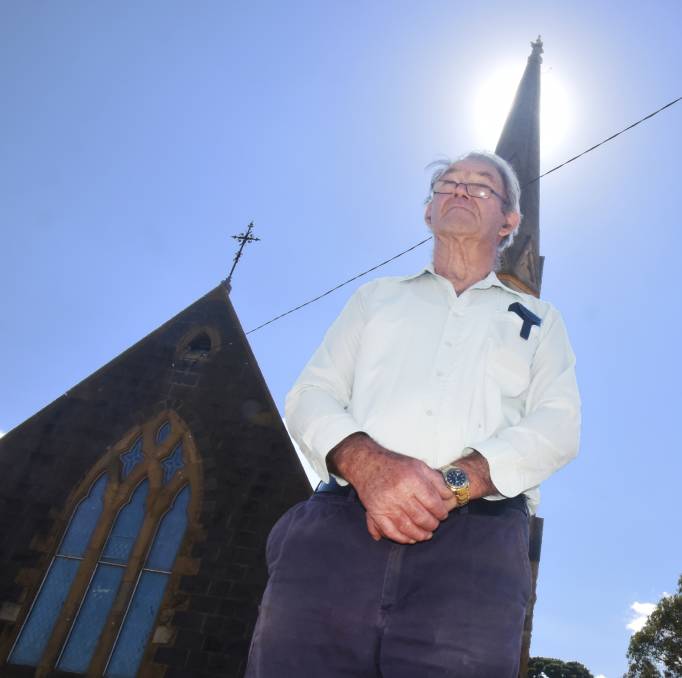 SAD GOODBYE: "I am not sure a building like this is a part of modern day life," long-time organist John Carr said of Rokewood's stunning Gothic church.

Churches are sadly being sold up at a steady rate across rural Australia.

The dwindling congregations have now dwindled, there are few left to pay for their church's upkeep, no matter their strong family or town history.

Church buildings are being sacrificed to support those which still do have a healthy attendance, in the big rural towns and cities mostly.

Even the stunning Gothic church at Rokewood in the Western District, which has been called the most beautiful in country Victoria, is on the market after 156 years caring for its flock.

For around $450,000 this slice of history can be yours, there's overseas interest by all accounts.

John Carr has been the organist at "this special place" for more than 50 years. 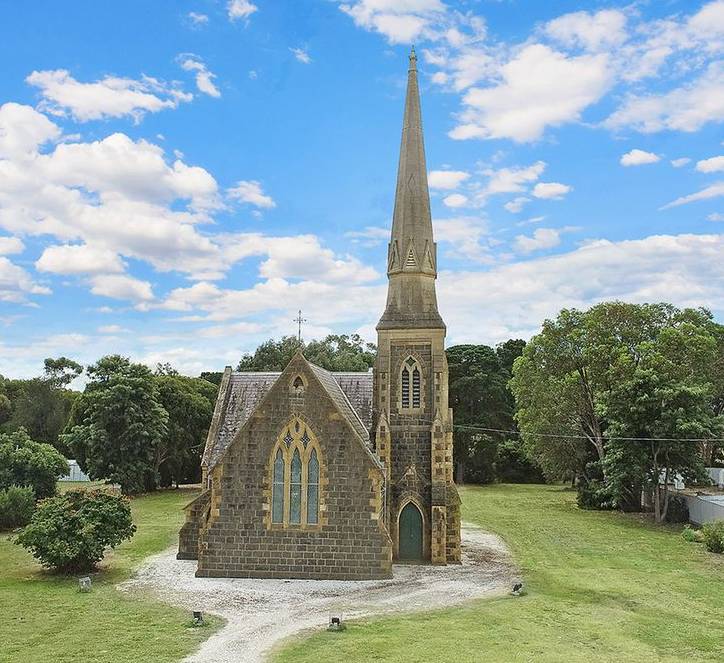 Some believe Rokewood's Uniting Church is the most beautiful in country Victoria.

"We were down to two or three regulars and a few more would come from time to time," Mr Carr said.

It is a double whammy for Rokewood, where the population has been whittled down to a few hundred.

The catholic church down the road, St Patricks, was sold up just a month ago.

Rev Stephen Ratcliffe, based at Colac, is the last Minister of Rokewood, now badged Uniting.

"It is an unfortunate trend," he said of church closures across the country.

"It is difficult to turn around if you don't have the people any more."

Mr Carr said it was sad to travel through country towns to see the banks, post offices and other businesses closed but believes "people are much more mobile now" and support bigger centres instead.

The church building and spire sets Rokewood apart from other towns.

Obviously Rokewood was on a different trajectory when this church was built. 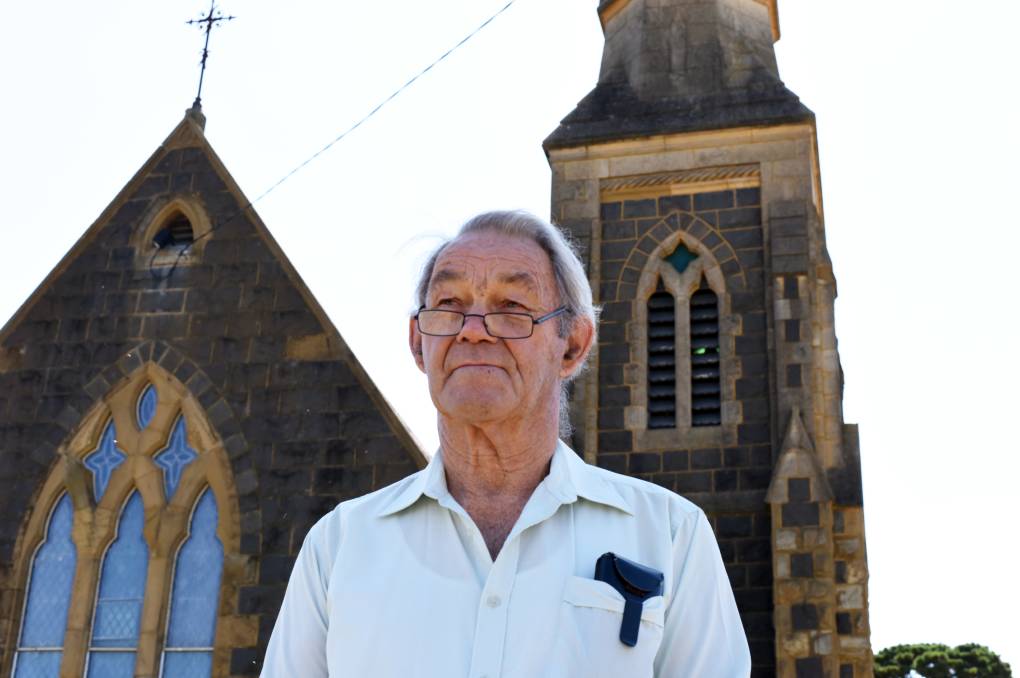 "A special place" - For more than 50 years John Carr OAM played the organ at the Rokewood church.

It was confident in its future, with the wealth as you can easily see in the gold rush buildings in nearby Ballarat, or Bendigo.

It had wealthy benefactors, the pioneering Russell and Elder families who arrived from Scotland to establish sheep grazing estates.

It was spurred on by the gold rush at nearby Corindhap (Break O'Day) which was home to 5000 people by 1857.

The early pioneers were fond of "sending home" for workers, tradespeople and goods, as they civilised the wilderness and they also needed a Minister, a Presbyterian one. 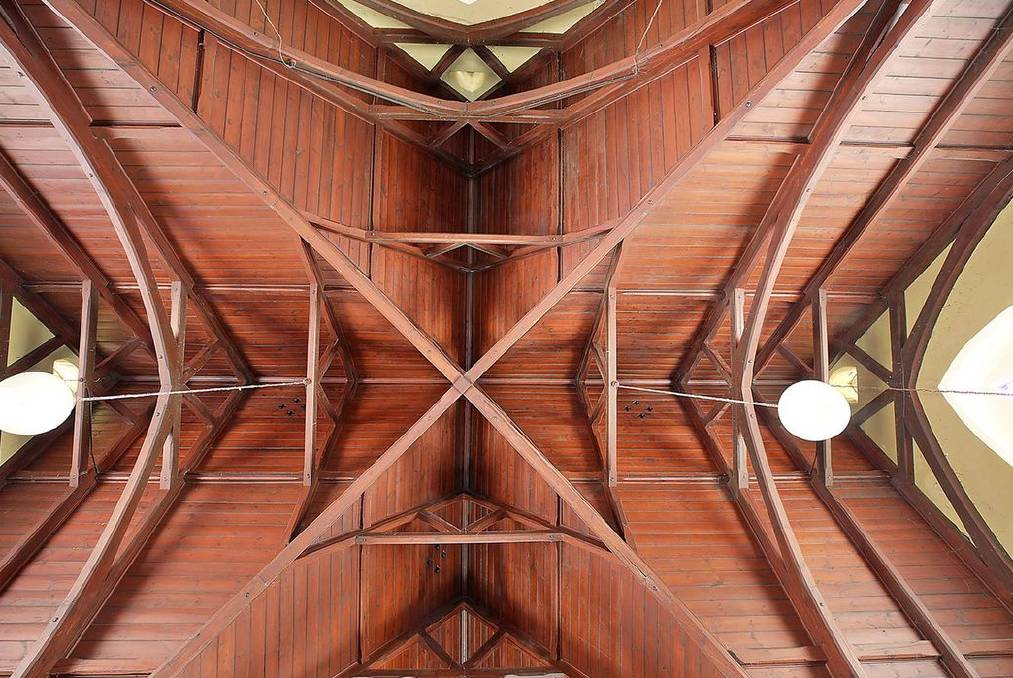 Rev. John Cooper was the Minister at Rokewood between 1859 and 1866 and he convinced his budding architect nephew, Alexander Davidson, to also emigrate to Australia and build a church.

It was Davidson's first commission and he went on to build many more grand structures in the young colony.

The landmark tower and broach spire, which travellers can clearly see above the trees as they approach Rosewood, was added in 1905.

Stunning from the outside, the church is just as breath-taking on the inside, with a vaulted timber ceiling, also designed by Davidson.

The original timber pews, another Davidson design, are still there as are the large stained glass windows.

So much is intact, it will need a clever new owner to deal with all the heritage protection issues that ownership of this building will bring. 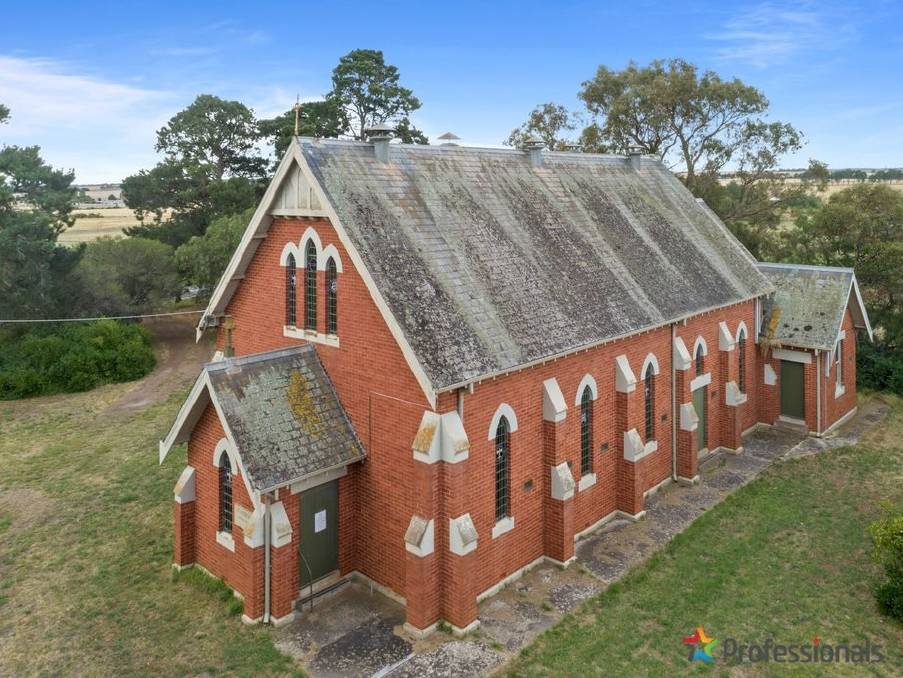 Mr Carr, OAM, said the town's church was the centre of many social events like dances, not just Sunday worship.

"The next generation is not so interested, town halls are not going so well either ... they don't see any benefit."

He said the formal events like weddings and funerals are now held "almost anywhere", they don't have to be in a church.

"I hope someone can make ago of it, it would be good for the town if they can, it is going to need some creative thinking."

Rokewood Uniting Church is for sale through an expressions of interest process with Charles Stewart and Co. Colac on (03) 5231 5400.