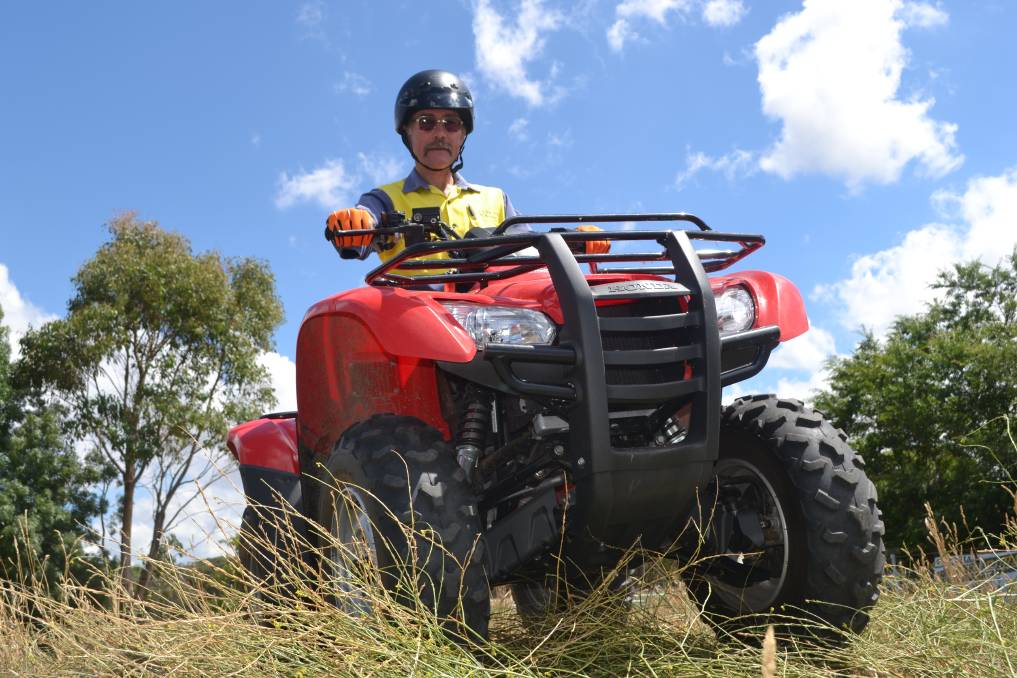 Quad bike accidents were the biggest killer on farms last year but fatalities from side-by-side crashes are on the rise.

Eight of the deaths were children under 15 including two on quad bikes and one on a side-by-side.

Quad bikes (14) and tractors (nine) were again the leading cause of non-intentional deaths on farms despite an increased safety focus on them.

AgriFutures Australia senior manager for rural futures Jennifer Medway said while 2020 farm death and injury report showed progress in some areas she was alarmed by the increase in deaths from quad bikes and side-by-sides.

"Side-by-sides have long been considered a safer option to quads but the numbers don't back that up. They are only now increasing in popularity and are already making a sizable contribution to the death toll (seven in 2020)," Ms Medway said.

"In fact, well over a third of on-farm deaths in 2020 are directly attributable to quad bikes and side-by-sides alone. If you add tractors into the mix, these three vehicles shockingly account for over half of all on-farm deaths".

Since 2001, 1548 people have lost their lives on farms due to non-intentional injury. Males accounted for 88pc of the deaths.

Last year 17 people died in on-farm accidents in NSW, one more than Queensland and three more than Victoria (14). The death toll was five in Western Australia, three in Tasmania, two in South Australia and one in the Northern Territory.

Ms Medway said the challenge of reducing the death toll on farms was not lost on the rural Research Development Corporations (RDCs) which fund research through the Rural Safety and Health Alliance (RSHA) to review the data and use an evidence-based approach to improve safety across farm, fisheries and forestry industries. 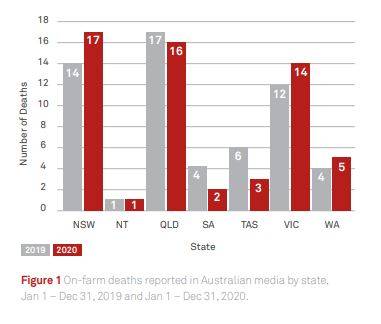 RSHA executive officer Andrew Barrett said the figures were another sobering reminder that the cost of human life incurred in the production of our food and fibre was too high. 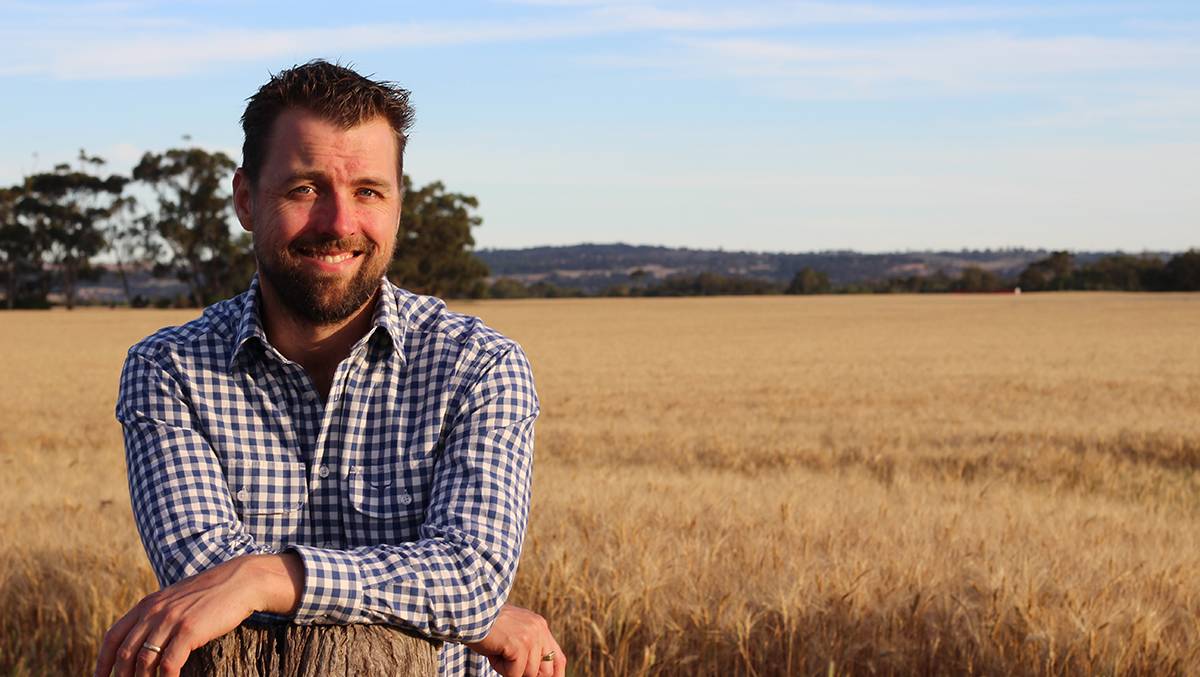 TOO HIGH A PRICE: Rural Safety and Health Alliance executive officer Andrew Barrett said too many people were dying while producing Australia's food and fibre.

"The commitment to change has already begun with leadership from the (federal) Minister (for Agriculture), (federal) government, National Farmers Federation, the RDCs, and some of our peak bodies."

Founder of Save the Quad Bike in Australia Craig Hartley said his organisation had predicted an increase in side-by-side deaths as the machines became more popular on Australian farms.

"As we have been saying for ages, the problem is not so much with the machinery (quad bikes and side-by-sides) but the way they are used," he said.

Mr Hartley said side-by-side buggies should be "as safe as any machine can ever get" because they were fitted with seat belts and a full roll cage that offered better protection than a single bar like a ROPs on a tractor.

"But as we have been saying, the reason people get hurt or even worse is they are not obeying the rules and that is to wear seat belts, to wear helmets and control the age of person driving them. Once again, it's not a vehicle problem but a people problem," he said.

Mr Hartley said his organisation also continued to doubt the way statistics around quad bike accidents and deaths were compiled.

"For years anything with balloon type tyres like a six-wheeler, quad bike or side-by-side, and this includes 1000cc racing buggies, are reported as a quad bike.

"A lot of medical reports that medics have to fill out do not even differentiate between any of them and they are only quads/four wheelers," he said.