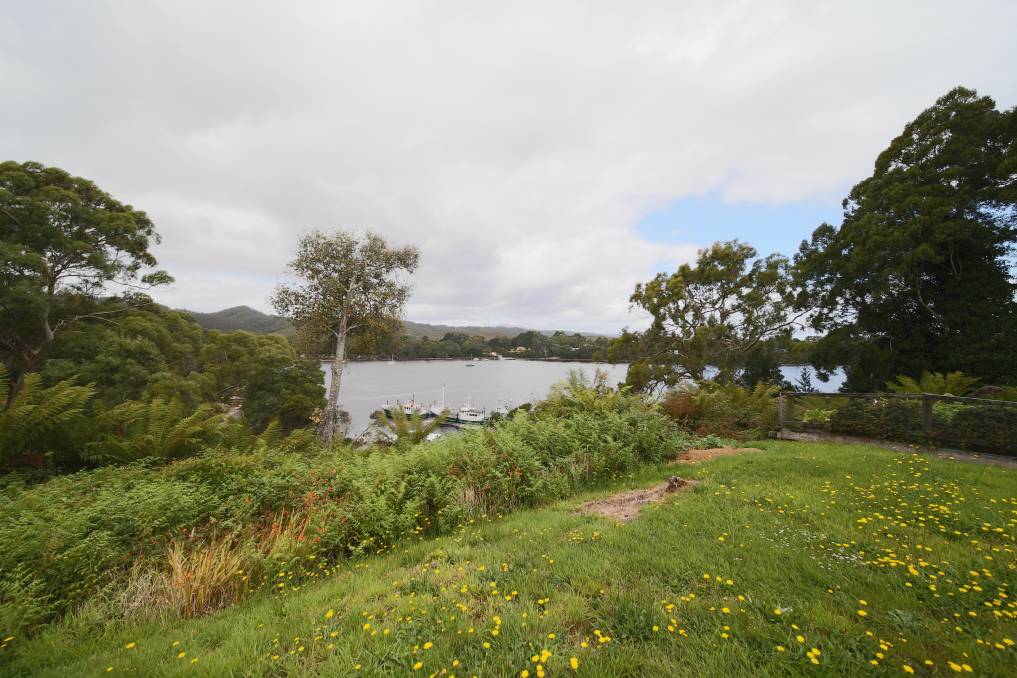 Views of Macquarie Harbour from a block for sale at Strahan. Picture: Jenelle Carey/Harcourts West Coast

Ten blocks in three towns across Tasmania for sale.

Some of the "cheapest blocks in Australia" will be sold as Tasmania's West Coast Council seeks to offload surplus land.

Ten blocks across Queenstown, Strahan and Zeehan have been listed by Harcourts West Coast on behalf of the council, which announced recently it would be selling the blocks.

Three blocks in Queenstown, five at Zeehan and two at Strahan have been listed with a massive range in pricing.

West Coast Mayor Phil Vickers said he expected the blocks to be sold at market price, and that council was not out to make a profit.

"There's no use being the owner of a piece of land if its of no use to you," Cr Vickers said.

"We're not investors. They're definitely surplus to our needs."

Meanwhile the most expensive block of the lot is an acre, or more than 4000sqm, of in town residential land at Strahan overlooking the iconic Macquarie Harbour which could be yours for $140,000.

Harcourts West Coast business owner Jenelle Carey said that by Thursday, they had already had multiple offers on most of the blocks which were listed on Wednesday.

We're looking after an area with the cheapest blocks in Australia. - Jenelle Carey

"We've got multiple listings on most of them already," Ms Carey said.

"The West Coast is a beautiful area. There is so much outdoor activity. You've got oceans, mountains, waterfalls.

"And where else can you get such cheap blocks?

"Properties like this do give people an opportunity to build their dream home.

"We're looking after an area with the cheapest blocks in Australia."

She said, however, that due to the demand in the North-West following the government's HomeBuilder grant, it was difficult to get tradespeople to the West Coast.