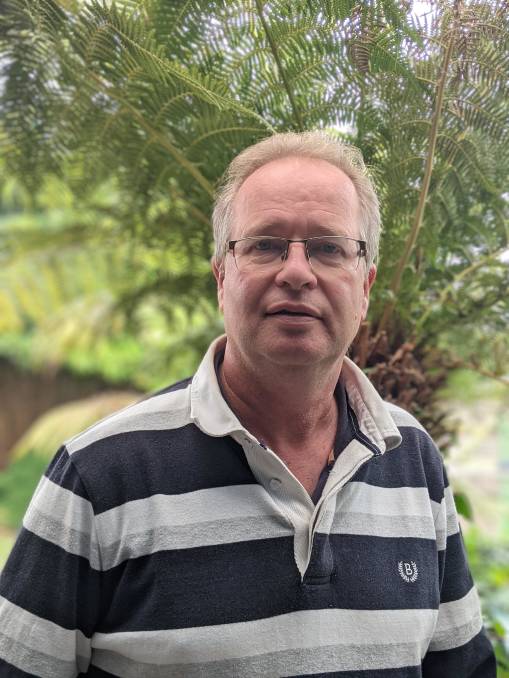 The Dairy Australia tool, which is updated annually, ranks the economic value of perennial ryegrass varieties throughout Victoria and Tasmania, where perennial ryegrass is predominantly used in the industry, to provide independent and evidence-based advice on pasture variety selection.

For the first time, DataGene, the industry's independent organisation tasked with driving genetic gain for farmers, crunched the numbers for the 2021 FVI update.

Analysing pasture data is a new project for DataGene, but its genetic evaluation team leader Dr Gert Nieuwhof said this work had many similarities with livestock genetic calculations.

"We are implementing what the world-class researchers are developing," he said. "It is similar to what we do with animals."

The size of the pasture data set is significantly smaller than what DataGene works with in the animal genetics sector.

"I've got a background in animal breeding and the big difference to me with the pasture is that there are far fewer varieties - 30 or so," Dr Nieuwhof said. "When we work with animals, we talk in millions."

"When you have large numbers, it doesn't matter too much if you have to drop out some data because of quality issues," he said.

"On the plant side, we don't have that many data sets, so we have to be careful planning, organising and analysing it."

The updated FVI combined paddock trial data with economic information to provide a simple guide to demonstrate the value derived from ryegrass varieties throughout the year.

For this year's update, the economic component allowed for average hay and grain prices in different dairy regions during the past five years to reflect the contribution of a range of ryegrass cultivars to the bottom line of a dairy business.

Currently, the perennial FVI rankings are based on yield, but other economically important traits such as persistence and nutritive value will be added to the index in the coming years.

Up to 67 per cent of Australian dairy farmers sowed a perennial pasture in the previous year, according to 2019 Dairy Australia research.

"This index is independent and that is a big selling point; it enables farmers to pick the best variety for their farm," he said. "With the FVI farmers can select specific times of the year and compare the ryegrass yields at that time to other cultivars on the market to choose what works best for them."

Mr McDonnell said farmers could use this function of the FVI to determine which cultivar yielded the most to fit their calving pattern.

"By looking at the seasonal tables in the FVI, you can assess the performance of all the varieties at five different times of the year - early spring, late spring, summer, autumn and winter," he said. "For example, if you have an autumn-calving herd, then autumn and winter growth is likely to be very important to your farm and you can use the FVI to select a variety that yields well at these times of the year."

The FVI could also be used as an independent benchmark for farmers to compare newer options against older cultivars that were likely to be more recognised by farmers, Mr McDonnell said.

Separate FVI lists of cultivars of annual and Italian ryegrasses will also soon become part of the project, increasing the relevance of the FVI for farmers in other regions of Australia where these cultivars are more popular.

Mr McDonnell encouraged farmers to use the FVI as an independent starting point for making pasture variety selection decisions but said it was still important to consult with a trusted agronomy adviser.