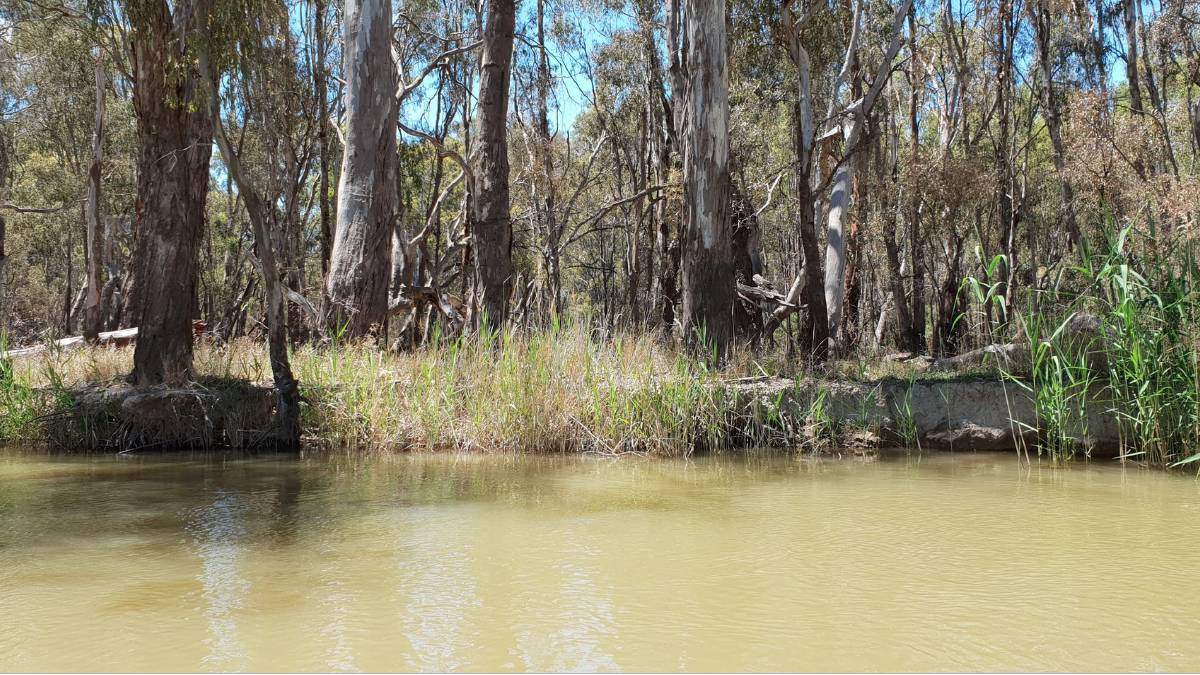 CHOKE STUDY: The Murray-Darling Basin Authority has kicked-off a pre-feasibility study into options to manage water flow through the Barmah Choke.

The Murray-Darling Basin Authority has acknowledged improving water flow through the Barmah Choke will be difficult.

The Choke is a narrow section of the Murray River that runs through the Barmah-Millewa Forest.

It restricts the flow of the Murray River to around 7000 megalitres a day.

"We will start looking at all the ideas for fixing that, but we recognise this is a (river) reach that has two National Parks, both of which are Ramsar Listed, and has incredible social and cultural values attached to it," Mr Dyer said.

"It's not going to be a site that's an easy one to do works in."

Recent studies had found metre tall sand ripples on the bed of Choke.

"When we saw these we were, to say the very least, very surprised," Mr Dyer said.

It's been estimated there are 77,000 cubic metres of one-two millimetre sand particles in the Choke.

Land-use changes, gold mining, snag removal and river regulation are seen as the cause of the build-up.

It’s a bit odd when they constantly push more than the Barmah choke capacity down the river and perminantly flood the forest, then claim flows have been low.
I thought the choke capacity was going to be the maximum flow released, then they just ignore it.

I wonder what all that flow does, or was it a gold mine or a pesky slug 🤷‍♂️ pic.twitter.com/r2FPcT5DHP

Dr Dyer said there would be no change to the Choke Trading Rules, which restrict the amount of water that can be brought up and downstream, but the MDBA would investigate all other options.

"That means everything from doing nothing to going back and investigating the very large scale dreams of giant channels, that we have looked at before."

He said the solution would be "somewhere in the middle" but the problem would not be solved easily or quickly.

"I suspect it will be multiple component options, that contribute to a solution," Mr Dyer said.

"In the first instance, we would be trying to optimise the use of the existing infrastructure we have and change the pattern of delivery past the Choke.

"That pre-feasibility study will also examine other options for engineering works.

"There is no decision been taken yet; we need to understand cost and benefit of each of the options before presenting them to government."

It would be up to Federal and State Water Ministers to implement any suggested solutions.

Dr Dyer said the MDBA was concerned the risk of delivery shortfalls had increased.

"Trying to get water down to the lower reaches of the river is a challenge, during summer," he said.

"It's of great concern to us."

A shortfall response plan had been developed with the states, including lowering the weir pools or using water from the Torumbarry system.

As a last resort, states would agree to restrictions on users.

A land-use survey between the Choke and Goolwa, SA, had also recently been completed.

"Are we seeing growth in demand, or are demands changing within the reach?" Dr Dyer said.

"In South Australia from 2003 to now 15,000 hectares less is being irrigated, but demand is still the same.

'You have to track areas that are being dried off, as water is moved around, as people chase the different soil types, to suit the crops they want to grow."