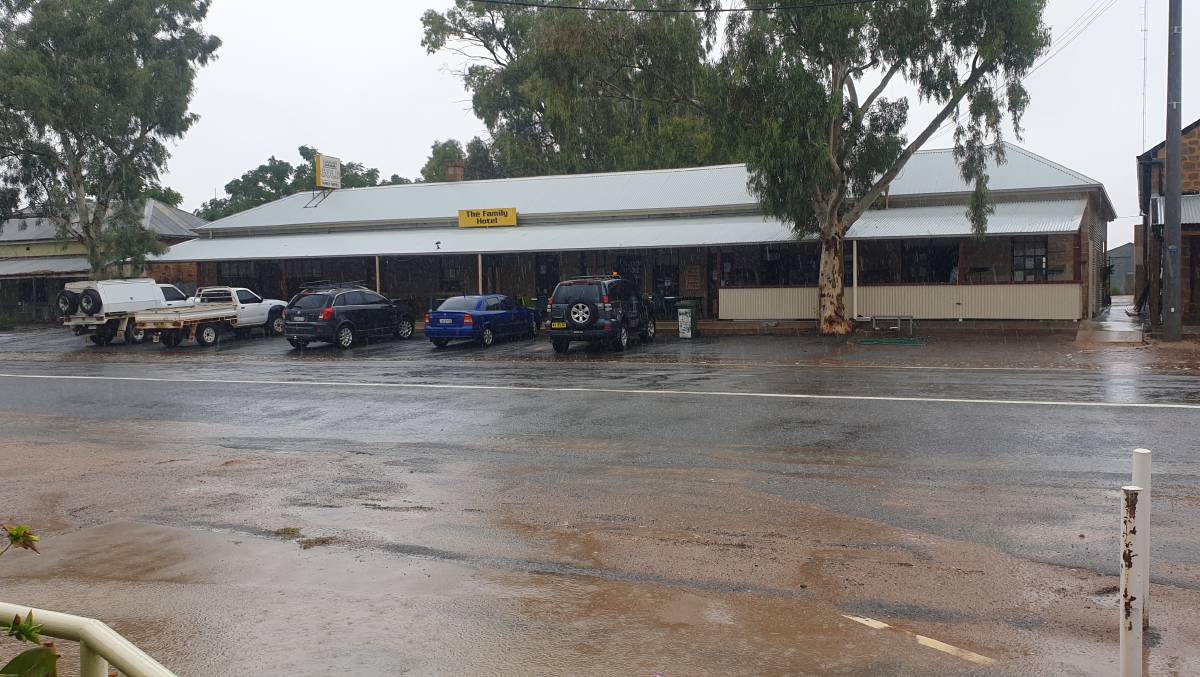 Water fills the street outside the Family Hotel in Tibooburra. Photo courtesy of Michelle, Family Hotel.

While the coast is in the middle of a flood emergency, in the NSW Far West tropical-like rain has saved many from going back into another drought.

At the remote township of Tibooburra they were celebrating over 140mm of rain on Monday - triple for what they received all last year. In the words of Country Corner store owner Vicki Jackson, the slow and steady near-record rain could only be summed up so: "it's bloody beautiful".

"It's much needed rain in Tibooburra and in the corner country," she said.

The rain is a boon for western stationholders in the Upper Western district, who were wondering if the dreaded drought was returning. Dams will fill and there will be feed enough through winter with some warm months still ahead for pasture growth. Ben Crozier and his son Henry doing what you don't do in Tibooburra too often - playing in a puddle. Photo by Vicki Jackson.

Remarkably on Monday, Tibooburra was the top rainfall location in the whole of NSW, despite the massive rain system bearing down on the coast of NSW, that will see some coastal places record over 1000mm of rain for the week. 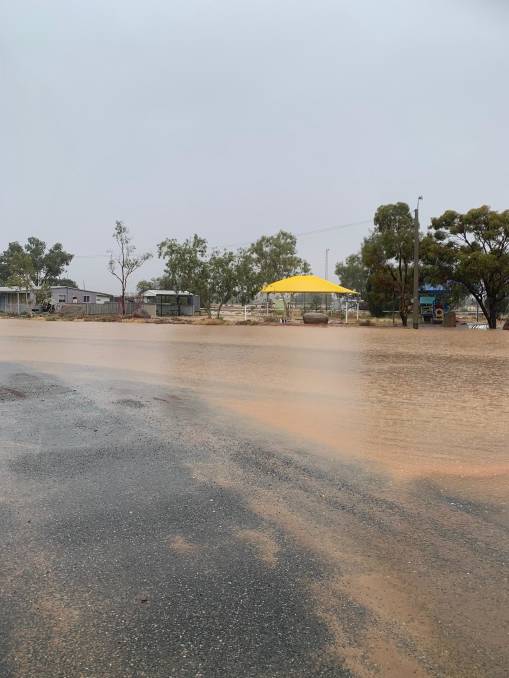 Rain in the streets of Tibooburra.

In total up to 9am Monday, Tibooburra airport had 41.2mm, followed by 103mm during the day. Believe it or not, it wasn't quite the daily rain record as the town once recorded 178mm in one day way back in January 1974, and it was just shy of the 108mm recorded for the 9am to 9am period in one day in January 2007.

But it certainly was among the biggest ever falls, considering the average rainfall for the year is 198mm going back five years, and the town has had just 35mm so far this year until now. 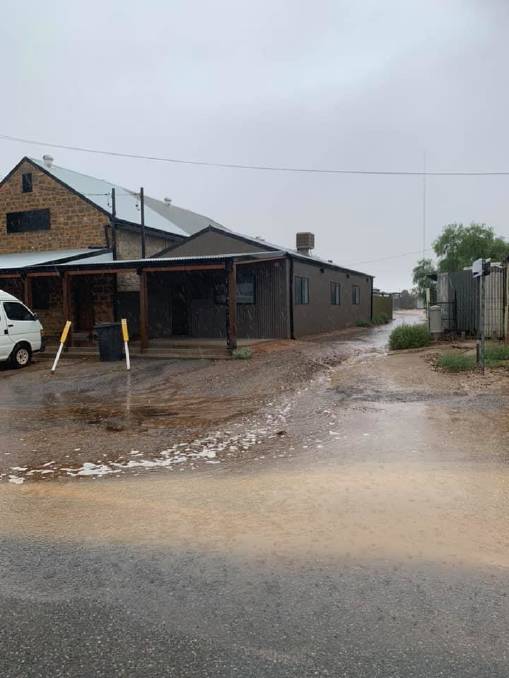 Water runs around the Country Corner Store at Tibooburra.

Vicki Jackson says it will mean a lot to the town and the rural community that only recently lost its second hotel, the Two Storey or Tibooburra Hotel in a fire, with three people suffering burns.

The Two Storey owners were valiantly trying to keep the rain out of the burnt out shell of the hotel yesterday. 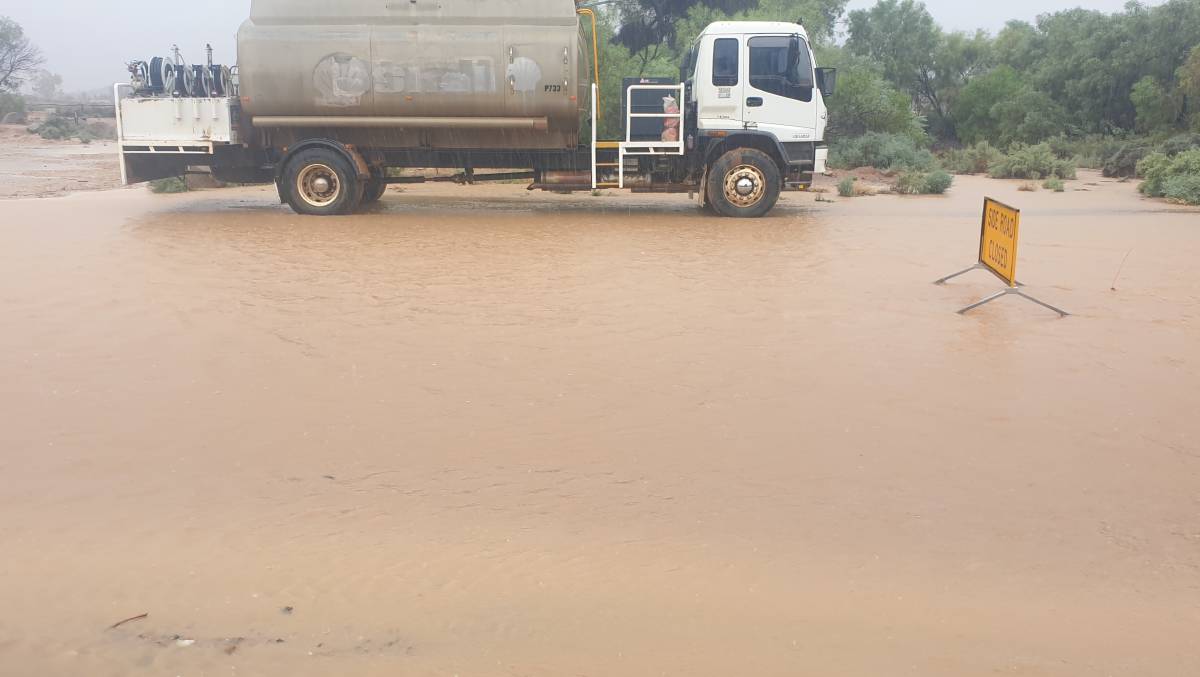 Meantime at the Family Hotel, they were sweeping water from the front door out the back door as the rain kept tumbling down.

Publican Michelle Ainsworth said all the local creeks were running a banker and graders would need to come in to remove the silt off the main road. Certainly no one was complaining except for perhaps the riders in the BMW outback safari caught somewhere between Cobar and Tibooburra in the rain.