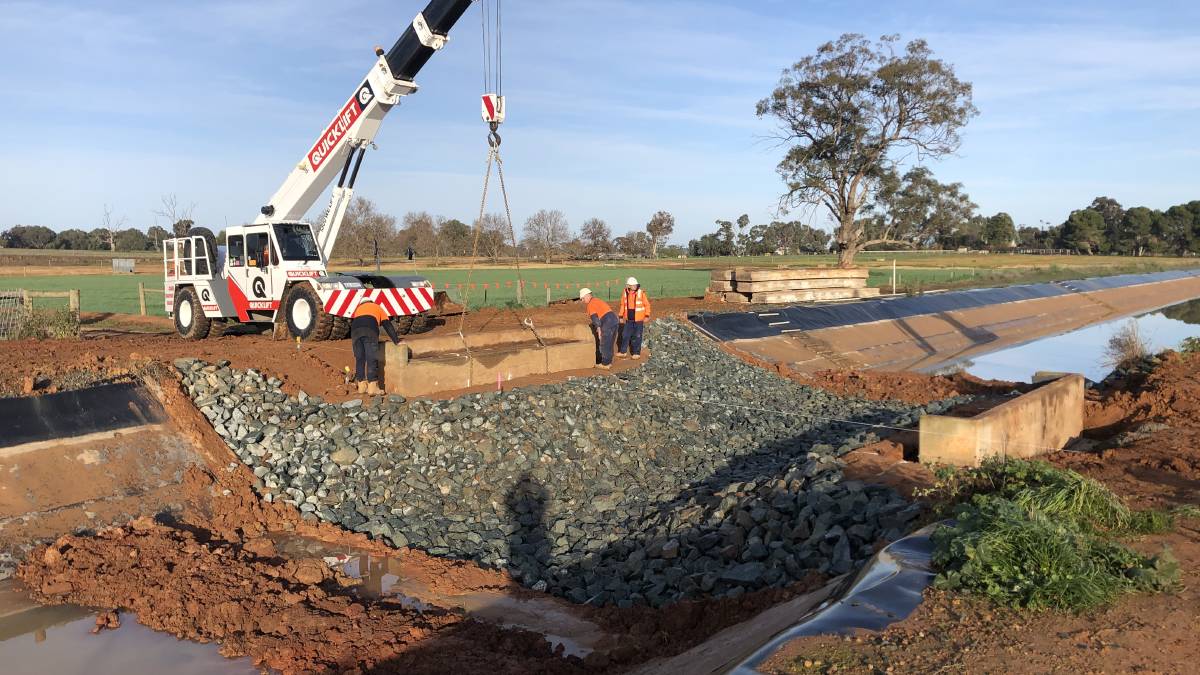 WEP CONSULTATION: Goulburn-Murray Water managing director Charmaine Quick says the next phase of water efficiency programs will leverage off the expertise and processes used under Connections.

Goulburn-Murray Water will use the same systems and processes put in place for the $2.2 billion Connections project to carry out what it says is its next phase of water efficiency programs.

G-MW has been granted $177.5 million in federal funding to provide a further 15.9 gigalitres of water savings, through its planned Water Efficiency Project (WEP).

The WEP's two projects will treat channels and meters in all six of the Goulburn Murray Irrigation Districts.

"I would like to think of it as the next phase of water efficiency programs and we are leveraging off the expertise and processes under Connections," G-MW managing director Charmaine Quick said.

"The initial scope of works has been identified using the 'efficiency optimisation approach', which was developed under the Connections Project's Reset Delivery Plan.

"This approach seeks to determine the best fit-for-purpose solution for the existing assets."

She said the $2.2 billion Connections project achieved its target of recovering 429GL.

But Ms Quick said Victoria still had to contribute 62GL to the water to be recovered.

"From what I see, we are really down to the tail end of the process," she said.

"We are not talking about significant assets, but we will have some works to do towards the recovery of the 62GL."

In July last year, a senior Department of Environment, Land, Water and Planning bureaucrat said the parameters for Connections were announced when it was reset in 2016.

DELWP Statewide Infrastructure and Rural Strategy executive director Andrew Fennessy said if the water was not recovered, the Commonwealth would reinstitute buybacks.

But Ms Quick refused to be drawn on irrigator's claims Victoria only needed to recover 9GL, or that the 15.9GL water recovery under the WEP would fend off more buybacks.

"We feel this is our contribution to the 62GL for the Commonwealth," she said.

"I just want to point out that this project was required to pass a rigorous socio-economic process."

The two projects are the Backbone Transformation Project to rationalise and modernise channels and meters, throughout the GMID and the Shepparton East Project.

Ms Quick said they would not take water out of the consumptive pool.

She said under the WEP about 150 kilometres of channels and 150 outlets would be decommissioned, while 100km of channels would be automated and 850 meters upgraded.

"This is all subject to detailed reconfiguration plans and now we have the funding we can start working with landowners on the best configuration of our system to meet their requirements," she said.

"This is not about drying off farmers - it's about where we can provide an alternate supply point for a farmer, so we don't need to have those channels operating."