BIRD'S EYE VIEW: This image of Goodwood steers being mustered mid last year was taken at a height of 120m with the assistance of Ann Brittons latest photography tool, a drone she calls Dame Drone. The muster, which covered 36,000 hectares, resulted in the bigger steers marketed direct to processors and the lighter ones to live exporters. They were in prime condition courtesy of three riper seasons in a row and were headed for the yards.

LIKE all Australia's outback cattle producers, the Britton family's perspective doesn't run any shorter than at least ten years, so the past fortnight's rain - while welcomed with open arms - won't spark any grand changes to plans. +8
A collection of images, some taken with a drone, from Channel Country beef producer Ann Britton.

They've had brilliant storm rain, although not widespread, but the falls north have guaranteed water in the channels of their south-western Queensland country.

What has fallen on Goodwood and Mudgeacca, the 118,000 hectares of open Downs, rangeland and channel country south of Mount Isa, will serve the paddocks they are currently spelling beautifully. However, there won't be any rush to restock.

Despite La Nina's sweet promises, this past wet season hasn't really eventuated, prompting the Brittons to sell weaners ahead of winter.

Those sort of decisions are typically made in March depending on rain and cattle prices, with the Brittons supplying a wide variety of markets, from weaners and feeder steers to live export cattle and fattened bullocks for processors.

Having a finger in all pies is important to manage the volatility of both the weather and markets, Ann Britton explained. 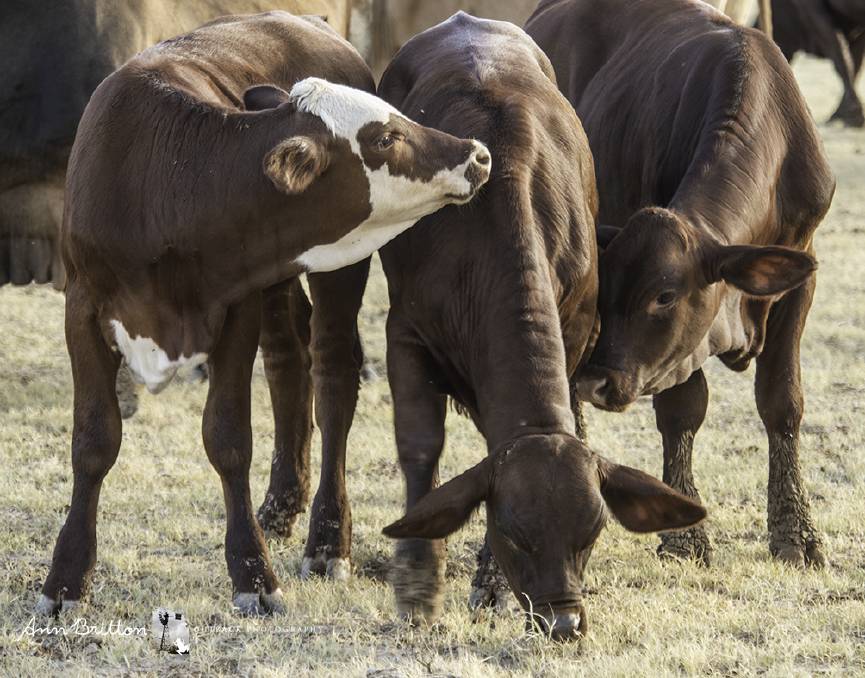 MODEL MATERIAL: A shot of calves out of Santa Gertrudis-Droughtmaster cows by Hereford bulls taken by Ann Britton.

With her husband Rick, and daughter and son-in-law Claire and Ryan Garland, plus three employee families, she runs Santa Gertrudis-Droughtmaster breeders which are crossed with a variety of bulls including Reds, Brahmans and Herefords to build in market diversity.

Goodwood Pastoral Company remains drought-declared, as it has been since 2013.

However, the flood of 2019 provided excellent good sub soil moisture and was followed up with heavy isolated storms last year.

"Wet weather spelling and Mitchel grazing has allowed us to keep stocking rates at 70 to 80 per cent," Mr Britton said.

"Spelled paddocks respond well even on as little as two to three inches of rain a year, allowing full growth of native pastures.

"The ground cover has been amazing. I've never seen it last as long, nor be as dense."

Their properties can run between 1500 and 3000 breeders but they never push the capacity to extremes, preferring to operate a cell grazing system with rested paddocks to take care of the land. Mudgeacca, which Claire manages, is certified organic.

The family has found the Santa-Droughtmaster female to be a superb doing female, fertile and hardy with excellent mothering traits, and they use the different breeds in bulls to ensure that over time the progeny don't slip too far into the soft range.

Cows are supplementary fed but the operation hangs its hat on the Channel Country providing. There's no pasture improvement or irrigation in that part of the world.

That's why decisions about what to hold are typically made around now; and the good falls they've just seen won't alter plans.

"This is not a short-term sort of business," Mrs Britton said.

There is an air of positivity about that is stronger than it ever has been, she said.

"The cattle market is where it should be and we see no reason producers can not continue to achieve prices like these permanently," she said.

The demand for Australian beef internationally and domestically is there.

The pandemic's consumer rush to red meat shelves proved that.

"People are enjoying our beef. Our industry is more valued today than it ever has been," Mrs Britton said.

"Producers are standing up, putting faces to the industry and they are getting a lot of traction.

"And when you consider the way our input costs have risen over the decades, and that the cattle market did not keep pace, this the level the market has to be at."

A governess in the Northern Territory at 15, Ann Britton was amazed at the scenery, the people and the livestock of the outback.

Her little instamatic camera was her way of capturing the enormity of what she was living amongst. 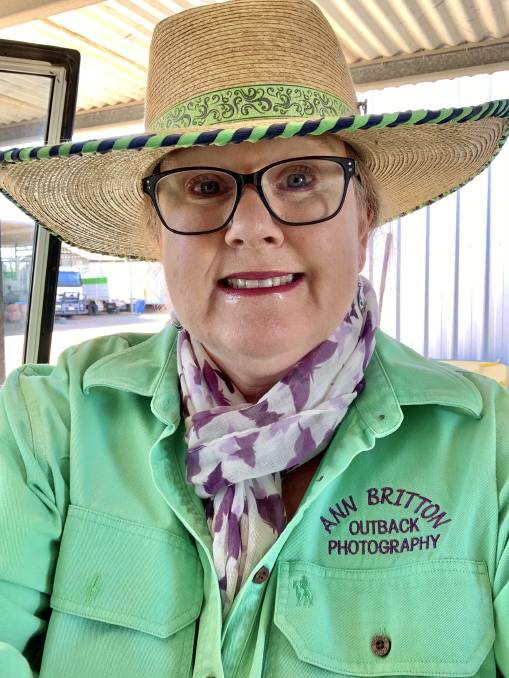 So began a love affair with outback photography that has lasted 35 years.

Today she carries a more sophisticated Nikon, which she affectionately calls Bad Boy, and the latest tool to her trade is a drone she has named Dame.

Mrs Britton has held exhibitions, had her work travel the world over and appear in publications, including science books, internationally.

"I wanted my photography to speak for what we do, as producers, communities and businesses in the outback," she said.

Photography has taught Mrs Britton a few things about the wider world too - like how big a deal birdwatching is.

"When budgies came here in huge flocks, my photos went all over the world and I had birdwatchers from overseas contacting me about coming out here to see them in person," she laughed.