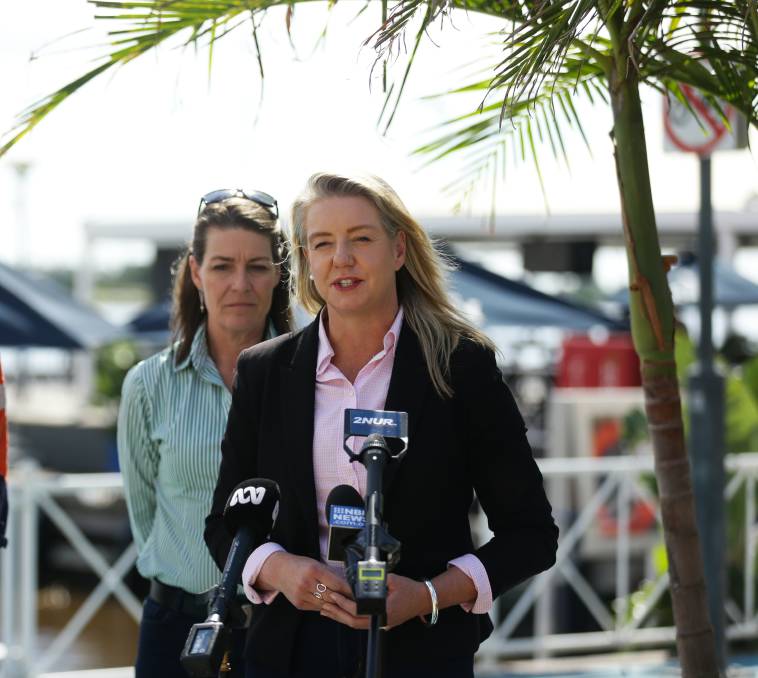 Senator McKenzie, who was in Newcastle on Monday as part of a three day tour of the Hunter, said revelations of alleged sexual assault, harassment and bullying of women in politics collided with the experience of millions of women around Australia.

"It is that piece of the puzzle that I think we need to grapple with; it provides us with an enormous opportunity to see real change going forward," she said.

"I want to see a bipartisan approach to this; the more we weaponize this, the only people who will lose will be the women of Australia."

She said recent events had an created opportunity for a national, future-focused conversation about respect for women in the workplace and the community.

"No drugs or alcohol in parliament house -that's not going to work either because the fundamental problem is disrespect for women. I just think we need to get serious as a community on both sides of the political spectrum," she said.

Ms McKenzie and her senate colleague Perin Davey said they had spoken with Victorian Nationals MP Anne Webster who lodged a complaint against a man who allegedly harassed her in Parliament House last week.

The former social worker said she was shocked at the treatment, especially given the recent scrutiny of inappropriate behaviour towards women in her workplace.

"She has made a confidential complaint through the appropriate process, which was exactly the right thing to do and she has received an apology," Senator McKenzie said.

"I think for her to have that first-hand experience of that confidential process will hopefully give confidence to other staff and MPs to use the processes available to them."

Senator Davey said an improved understanding was needed of the support processes available to women seeking to complain about inappropriate workplace behaviour.

"One of the key concerns they have had in the past about coming forward is what will happen to them, what impact will it have on their career?" she said.

"We need to give them more confidence that their career will not be negatively impacted if they are coming forward with these stories."