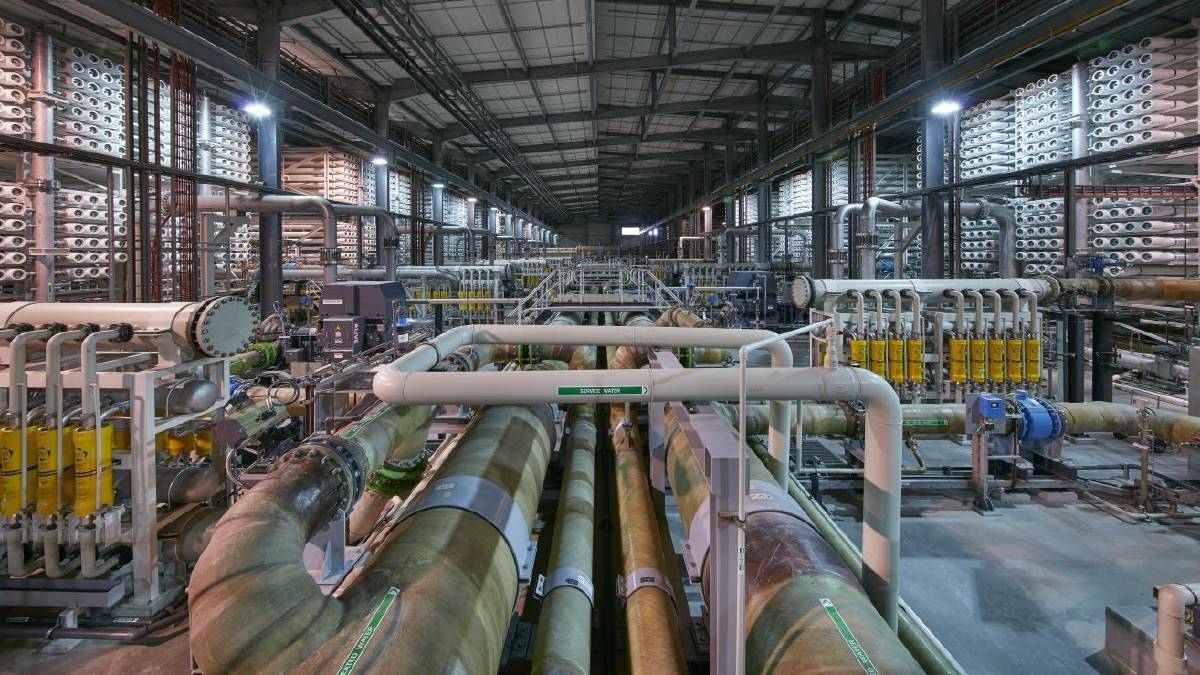 DRY TIMES: The Victorian government believes dry times are coming so it needs to keep its desalinisation plant operating.

The Victorian government is forecasting 'drier conditions ahead' for the state.

The Victorian government is forecasting "drier conditions ahead" for the state.

Despite above average rain across much of the state last year, and good totals already so far this year, the southern state is preparing for the rains to stop.

The government is ordering a further 125 gigalitres from its controversial $3.5 billion desalination plant in Gippsland to secure Melbourne's water supply.

Melbourne has 10 water storages but the key reservoir is the Thomson and Upper Yarra.

The Thomson makes up more than half of the city's storage capacity and is at 72 per cent capacity.

Overall, the storages are at a healthy 72.3 per cent.

Building of Victoria's desalination plant started in 2009 when the Thomson was down to 16.5pc in the Millennium Drought but by the time it was finished, storages were up to 81pc and the plant was immediately mothballed.

Since 2016, the government has placed annual orders from the plant of about 125 gigalitres - it is able to produce 150-200 gigalitres a year.

Sydney also has a desal plant which was switched again during the recent floods to produce clean, drinking water. The government is considering increasing its size.

Queensland has one as does Adelaide and Perth.

More than 300 gigalitres of desalinated water has been produced and delivered to the Melbourne system since 2016.

Without these orders, the government says water storages would be about 15pc lower.

"High rainfall in key catchments since the last order has helped boost Melbourne's water storages to 72 per cent - which has reduced the water order from the previously forecast 150 gigalitres to 125 gigalitres," Mr Wynne said.

"With predicted drier conditions ahead and the underlying trend of declining storage levels, this order will help build a storage buffer to prepare Victoria for drier years to come."

At the ABARE conference earlier this year, meteorologists produced an analysis of weather which historically follows the current La Nina saying there would likely be one very dry year in the next four years.

The government said the desalination plant is becoming more and more critical to Victoria's water security with average rainfall continuing to fall and demand outstripping rainfall by more than 70 gigalitres a year.

The government says this gap is set to grow by another 10 gigalitres each year as the population grows and the climate continues to dry.

Mr Wynne said: "We need to build a buffer to make sure storages don't reach critically low levels. Desal makes sure we can do that without water restrictions."

"We are using more water and demand is outstripping supply. The desal plant makes up the difference, ensuring we have enough water to meet growing demand."