The irrigation farm is run as a not-for-profit commercial dairy farm, with an education and trial component. 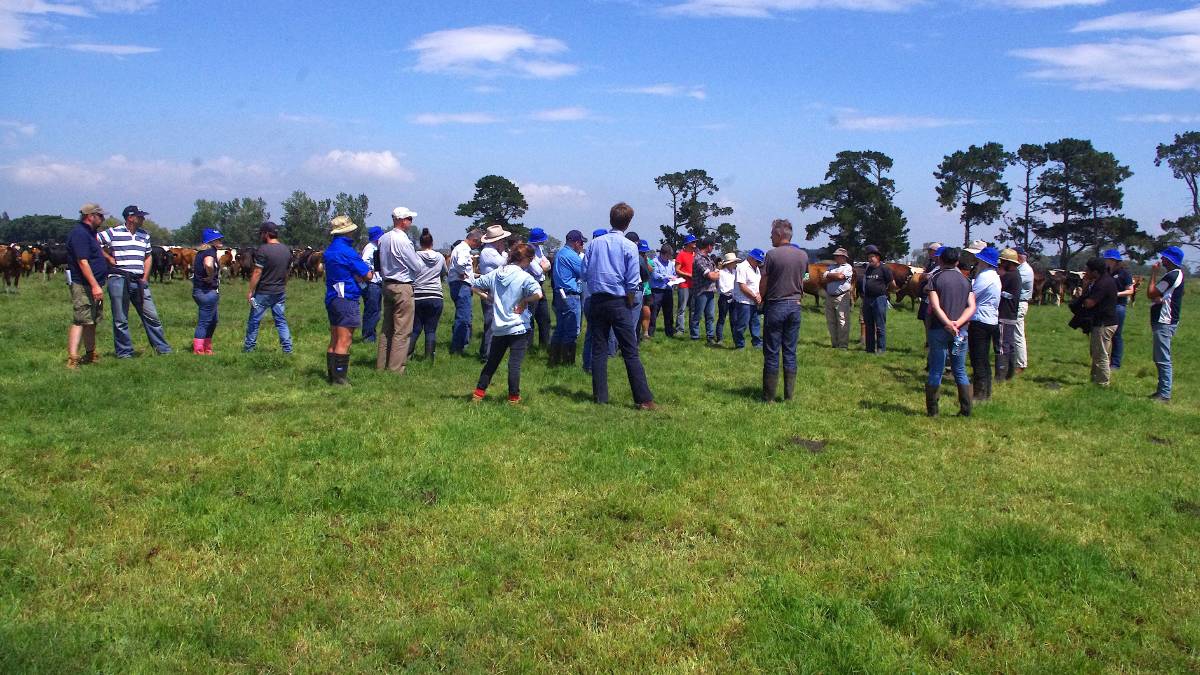 The Macalister Demonstration Farm undertakes projects that create opportunities for local dairy farmers to assess the profitability of pasture, cropping and irrigation trials against their own production systems.

The Macalister Demonstration Farm, in central Gippsland, is a farmer-owned co-operative, and collaboration between dairy farmers of the Macalister Irrigation District and the Victorian government's agriculture department.

The irrigation farm is run as a not-for-profit commercial dairy farm, with an education and trial component.

The cost of employing a 0.2 equivalent full-time (EFT) executive officer and board of management expenses are met out of a separate funding stream.

"Everything in capital and extension work is ploughed back into the farm," one of the long-term board directors Colin Wright said.

"The income from milk and cow sales pays for the full-time manager and part-time and casual relief milkers.

"Fonterra and other partners provide a lump sum that pays for an extension officer to coordinate and administer trial projects, as well as inputs for the trials."

The farm supplies milk to Fonterra, from a herd, currently, of 290 mixed breed cows, with calving in spring. Heifers are raised on contract in another dairy district, returning to the demonstration farm on point-of-calving.

The focus of the farm business is on grass production and water efficiency. Irrigation is a mixture of flood and spray, serviced by Lake Glenmaggie Weir.

The research farm trials are focused on crops, pasture, herd management and irrigation.

"The trials are managed to carefully demonstrate real-world results that make a difference to MID farmers and what they choose to invest in," Mr Wright said.

A laser grading trial (see main story) has taken about 10ha out of the system. Millet was sown in early summer, for grazing later in the season.

The laser grading trial and millet crop have created a heavier grazing pressure on the remaining paddocks, to 4.5 cows/ha, or 58kg DM/ha/day. Fortunately, with drought in the past few years, herd numbers were reduced, which has made it easier to take paddocks out of the system.

As cows are dried off for six weeks in early winter, milking numbers are reduced to less than 100 and barley is fed from July to early December.

Farm manager Mahesh Singh said barley was cheaper than wheat. "We are already milking substantially less cows over winter, so there's not too much pressure on pasture intake," he said. Mr Singh was appointed farm manager more than four years ago.

"Since the quantity of feed is under 5kg/cow/day, which continues well into calving, the freshly calved cows tend to transit well into spring, from no grain supplement, to 5kg/day of barley and lush pasture," he said.

The herd transitions to wheat from early December and remains on it until early July. The increased cost of wheat against barley is balanced against the increased production of components.

"But the lower amount of energy and the lower fibre in wheat makes the cows hungrier and looking for feed," Mr Singh said.

This summer the cows lifted their grass intake and silage and vetch hay were used to balance energy needs.

"We are feeding approximately 10-12kg of pasture, 3kg of silage and 7kg of wheat per day, per cow," Mr Singh said in February.

"Fortunately, this season the grass growth has been really good compared to previous seasons in terms of both quality and quantity."

The 73-hectare milking platform normally produces enough surplus to harvest 100 bales of silage. The vetch hay and additional silage is bought in.