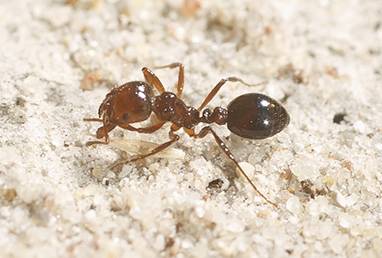 The ants are one of the worst invasive species to reach Australia's shores.

BIOSECURITY agents have detected a new red imported fire ant infestation at the Port of Brisbane.

The ants are one of the worst invasive species to reach Australia's shores, and cause extensive damage caused to ecological and agricultural systems.

The nest has been treated and further work is being done to eliminate any further possible infestation.

"Red imported fire ants are one of the world's worst invasive species due to their devastating economic, environmental and social impacts," Mr Tongue said.

"They are a danger to people and our way of life, destroy agricultural and domestic infrastructure, and are a serious environmental threat.

"Northern Australia is the frontline for many high-risk animal and plant pests and diseases, including red imported fire ants."

It's not the first time there has been an outbreak of RIFA, which are the subject of a number of national eradication programs.

The ants found in the Port of Brisbane have been traced back to the United States and are not related to any other infestations in Australia.

More information on the red imported fire ant, including photos, can be found on the outbreak website: www.outbreak.gov.au/red-imported-fire-ant.