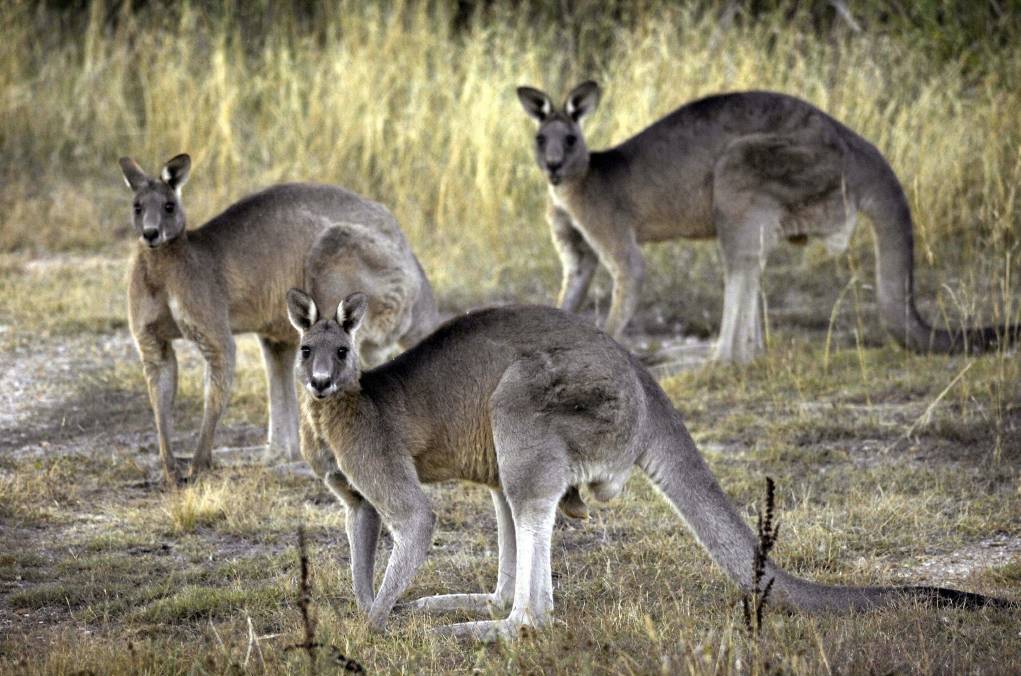 New data reveals roos are involved with 80 per cent of all animal collisions.

THE nation's most common kangaroo collision spots have been revealed, as new insurance data reveals roos are involved with 80 per cent of all animal collisions.

The data from insurer QBE also shows a run in with a roo is 32pc more likely to occur during March to May at dawn and dusk, between 5am to 7am and 5pm to 8pm.

Broken Hill, Dubbo and Deniliquin were the kangaroo crash hotspots for NSW, while Roma, Longreach and Goondiwindi were the most common in Queensland.

In South Australia, Port Augusta, Cleve, Renmark registered the most roo crashes. In Western Australia it was Esperance, Busselton, Albany.

Scottsdale, Devonport and Campbell Town had the most roo crashes in Tasmania. No data was provided for Victoria.

The data also revealed most kangaroo collisions took place at dawn and dusk, between 5am to 7am and 5pm to 8pm.

"This time of year coincides with school holidays and the end of daylight savings," Ms Debelle said.

"With less light on the road and kangaroos typically being most active at dusk and dawn, it can be a recipe for disaster.

"It's quite concerning to see that the kangaroo collision hotspots are in areas that host popular regional holiday destinations and routes. These areas are typically where kangaroo populations are higher and contain roads where people can travel at high speeds."

The average amount of damage caused by a kangaroo collision is about $5000.

"Every day I can see between one to six cars that have hit a kangaroo," Mr Robinson said.

"Typically, those numbers are at the higher end of the scale when we come out of summer and into autumn. We see lots of holidays interrupted when people have to leave their cars at our shop to be fixed.

"They're big animals and at night you might not even see them. I've hit a kangaroo myself, it jumped in front of me without notice, I didn't see it coming."

To stay safe on the roads, it's recommended to avoid travelling at dawn and dusk, and brake to avoid a collision instead of swerving.