Savannah stud is expecting red hot interest from its genetics at the "Rocky Red Sale". 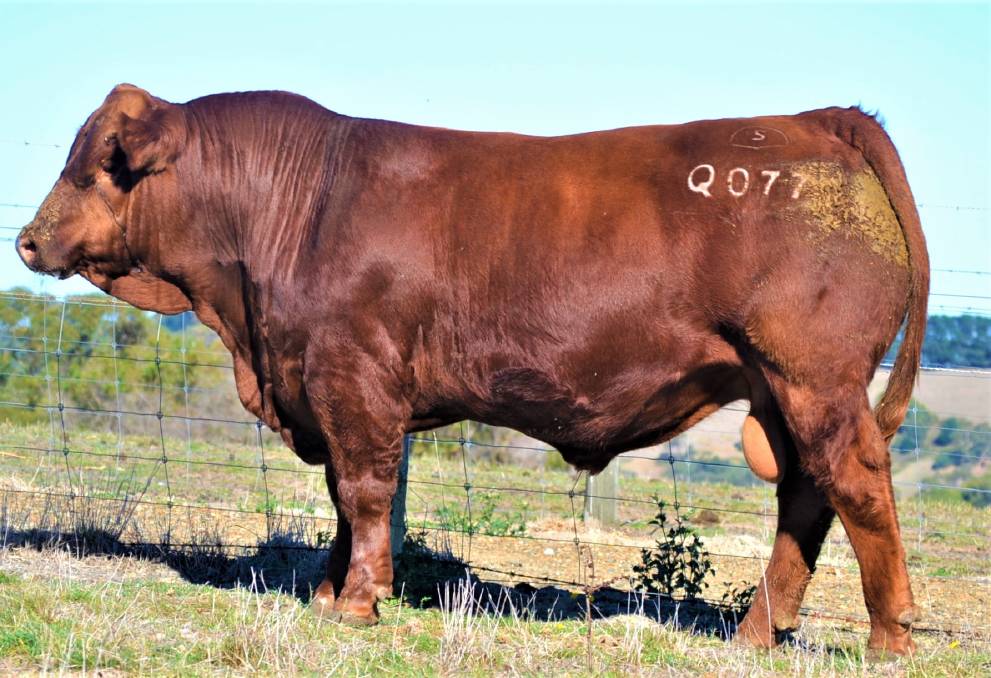 BULL MARKET: Savannah Quarterback Q077 will be the first lot sold by the stud at Rockhampton this year.

A selection of top quality red Simmentals and Simbrahs will be on display at Beef 2021 from the South Australian-based Savannah stud, which will hold its first "Rocky Red Sale" this year.

Since 2018, Vaughan Campagnolo and Sarah Truran have sold their Savannah stud stock to producers in Queensland and across the top end at the annual Ticoba Bull Sale. This is held at Kirk Cattle Company's Ticoba Station in spring.

But this year, the pair are also planning to offer a draft of bulls, cows and calves, heifers and genetic packages at Rockhampton Beef 2021.

"Savannah cattle are structurally correct, have good depth and capacity and are well-muscled, with excellent softness and growth.

"A quiet temperament is also a key part of our breeding objectives, as this ensures the cattle are safe and easy to work with."

She said since showing three Simbrah bulls at Rockhampton Beef in 2009, the event had always been significant for the Savannah stud.

The stud has had some outstanding results in the show ring and at the sale, topping Simmental judging and prices several times.

"Not only has this event allowed us to showcase our cattle, it has created connections and friendships that have further developed our cattle brand," Ms Truran said.

"The success of the Ticoba Sale has also become an annual highlight for us, as our cattle particularly suit the Queensland market."

Ms Truran and Mr Campagnolo established their stud in 2007 from genetics purchased from the Auscan Simmental and Simbrah stud.

Mr Campagnolo had previously had a five-year involvement in Simmentals working for Auscan.

Since then, the pair have used leading genetics from Australia and overseas to continually improve the quality of cattle they are breeding.

They have now built-up numbers to 100 breeders and run a 250-head commercial herd in the south-east of SA.

With a background in the cattle and animal science sectors, the couple focused on red and black Simmentals and Simbrahs because they believed these were ideally suited to optimising productivity in cattle systems - especially in drier northern areas. 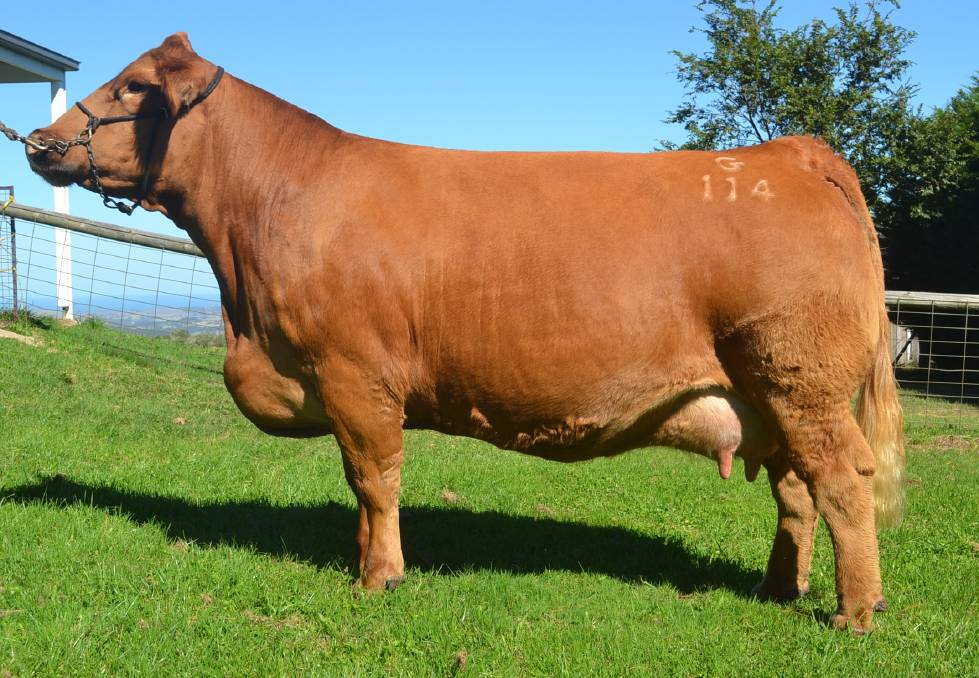 MATERNAL LEADER: Red Simmental dam Lancaster Blanche G114 has had a big impact on the Simmental breed and genetic packages and progeny from her will be available at the "Rocky Red Sale".

Mr Campagnolo said they put strong breeding emphasis on females, and they source genetics that align with this aim from across Australia, the US and Canada to keep making maternal improvements.

"Simmentals are highly fertile, have high milk production rates and produce consistent lines of quality progeny that are fast-growing and fit for hard environments," he said.

"They are also ideally suited to grass-fed finishing systems and for producers who are chasing strong growth-for-age and want to turn-off stock as weaners.

"Northern producers who use our genetics find they can sell into any market, which opens opportunities for grain-fed, grass-fed, weaner, bullock and feeder steers.

"This means they can maximise returns and reduce overall business and seasonal risks."

Mr Campagnolo said Savannah genetics were increasingly popular in northern Australia, but they sold stud stock into all states and regions.

At Beef 2021, Savannah will be offering 34 red Simmentals lots in its "Rocky Red Sale".

This will include five leading sires, five cow-and-calf units, 12 heifers and 12 genetic lots.

Savannah will also have a small selection of bulls on display that will be offered at the Ticoba Sale on August 29. All of the stud's cattle are homozygous polled.