A well-known and spiritually significant Indigenous site at Lake Bolac has been destroyed by a landowner who argues it was necessary for fire safety. Removed: The Lake Bolac stone arrangement (Kuyang) prior to its destruction over the Easter 2021 weekend. It was thought to symbolise an eel, an important Indigenous resource at Bolac. Picture: SGV.

A significant Indigenous ceremonial site in western Victoria has been destroyed after more than half of the Lake Bolac stone arrangement, thought to have existed for thousands of years, was removed over Easter.

The site, one of three in Victoria, was comprised of "basalt stones are arranged in two lines... said to resemble a giant eel," according to a 1999 study.

"The stones vary in size from about 30 centimetres to 150cm, with some possibly having been embedded in holes in the ground so as to make them stand upright. Lake Bolac, and the similar Wurdi Youang site, were identified as being Aboriginal structures on the basis that there was no counterpart among colonial structures and there was no evidence that they ever formed part of any type of fence or building."

Musician and Warumpi Band founder Neil Murray was returning from performing in NSW when he saw the arrangement, which has been extensively recorded and documented over decades, had been bulldozed or graded into a pile on the edge of the paddock.

Mr Murray, who was born and raised on a farm at Lake Bolac and still lives in the area, expressed his disbelief and anger at the destruction on social media.

"Arrived home from Bourke and was shocked to find that the bottom half (tail end) of the Kuyang (eel) stone alignment has been maliciously erased... This is a known sacred site of profound significance to the lake, the region and the entire country. I'm devastated." 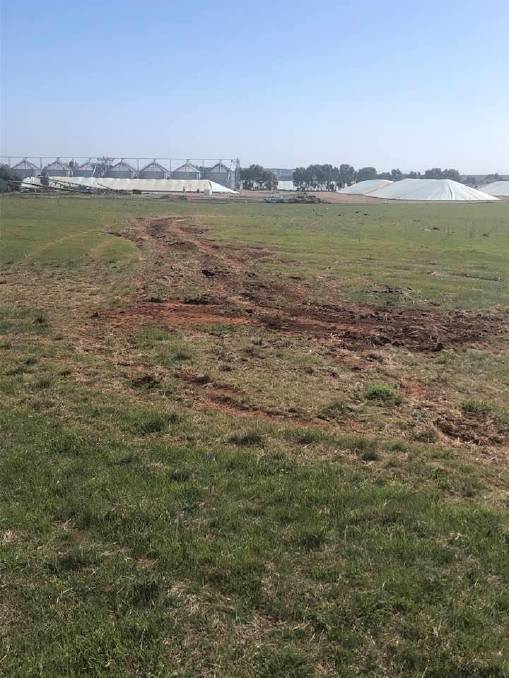 Gone: The paddock after the stones were removed. Neil Murray said they had been piled elsewhere on the land. Picture: Neil Murray.

Mr Murray told The Courier he saw what had happened as he returned home, and was so incensed he returned immediately after to take photographs.

"I can't see how the government can't act on this," Mr Murray said.

He said elders of the Eastern Maar Aboriginal Corporation were now keeping a watch on the site.

Landowner Adrian McMaster acknowledged he had moved the stones, saying the family was not going to let the paddock become a fire hazard.

"If you'd been here six or seven months ago you couldn't have seen the stones, the grass was that high," Mr McMaster said. 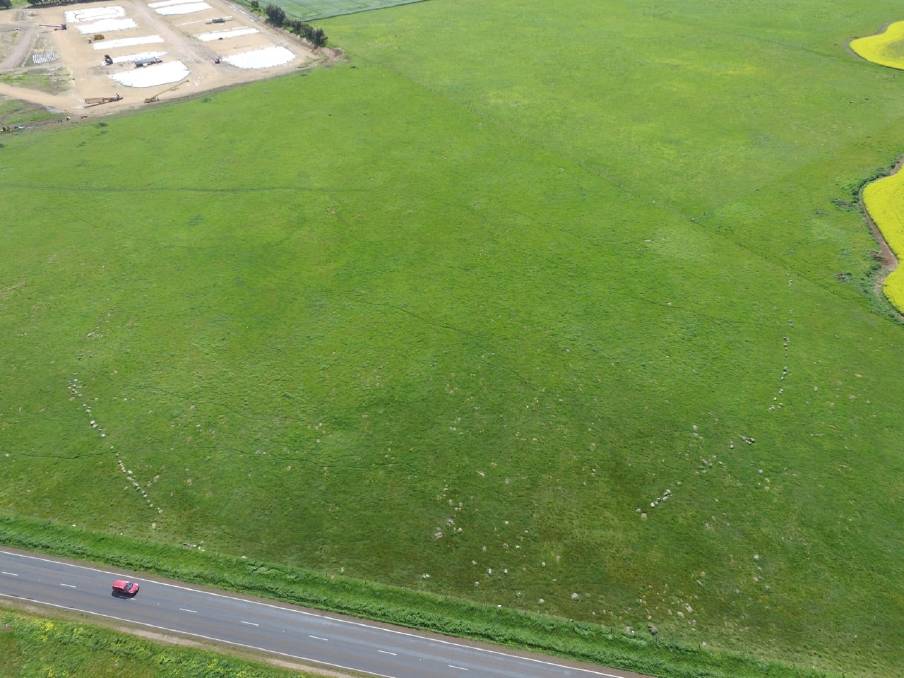 Visible from the air: The stones removed form a line near the red car. Picture: Neil Murray.

"My uncle got some sheep in to get the grass down, because it was a fire issue; it was a danger to the community; it was fence-high. And then we wanted to get a (boom) sprayer in there, because the thistles were so bad, and we needed to have it clear. So I had to get them out of the way.

"No one has ever approached me to measure out where the stones were. There are no markers or anything like that. Having a fire here would be disastrous; there are (grain) bunkers everywhere and they'd be wiped out."

Mr McMaster said the family had been in the community for some time, and had made its contribution to the safety and growth of Lake Bolac over generations.

An Aboriginal Victoria spokesperson provided a statement saying the body was "aware of allegations of harm to an Aboriginal site known as the Kuyang Stone Arrangement in South West Victoria.

"We are working with the Registered Aboriginal Party - Eastern Maar Aboriginal Corporation - to investigate these allegations. It is an offence to cause harm to Aboriginal cultural heritage under the Aboriginal Heritage Act and substantial penalties can apply."

Resident Una Allender said the previous landowner, the late Tony McMaster, was aware of the Kuyang site's significance, and it was a tragic loss and desecration.

"I have been told the site was a combination of St Paul's Cathedral and the Shrine of Remembrance in terms of cultural significance," Ms Allender said.

"Its removal is the same. What an outcry there would be if someone bulldozed Lake Bolac's war memorial. Well this was an important site for everyone too."