Australian scientists are hard at work in their laboratories cooking up a pandemic of their own, against rabbits. 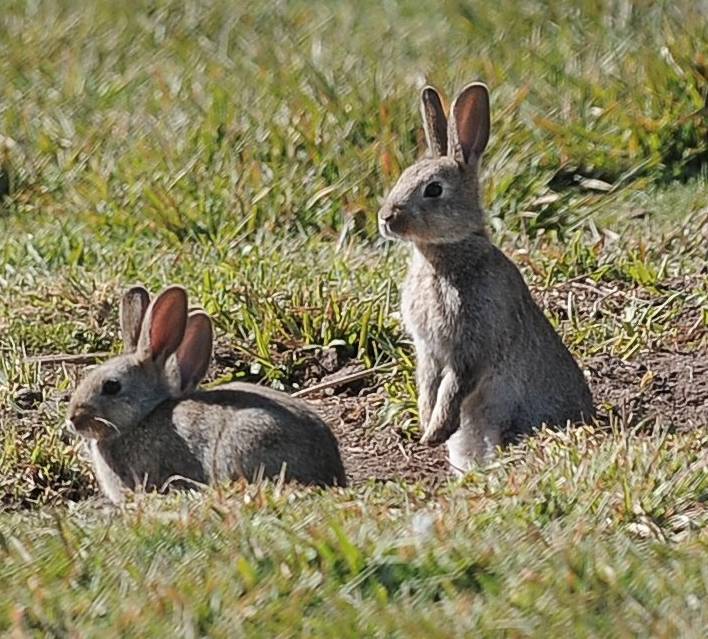 RABBIT WARS: The fight against Australia's rabbit plague never ends, scientists are already searching for the next weapon.

Australian scientists are hard at work in their laboratories cooking up a pandemic of their own, against rabbits.

They are zeroing in on the next big thing in the fight against Australia's worst pest.

It is expected to be another biological control but researchers admit they have some significant obstacles to overcome first.

"It might be a new virus we go with," CSIRO veterinary virologist Robyn Hall said.

"It might be using the ones we already have but done better."

Biological controls are currently the only technology which works at a landscape-scale.

However, they are not silver bullets and will never eradicate a species; the same way that antibiotics don't eradicate bacteria, they just suppress bacteria to nonharmful levels.

"Suppressing" is a often used word by our rabbit experts, as is the end result of all their endeavours determined to be "acceptable impacts".

Despite the success of myxomatosis in the 1950s, and Rabbit Calicivirus Disease in the 1990s, neither could ever exterminate rabbits totally as much as we wish they could. 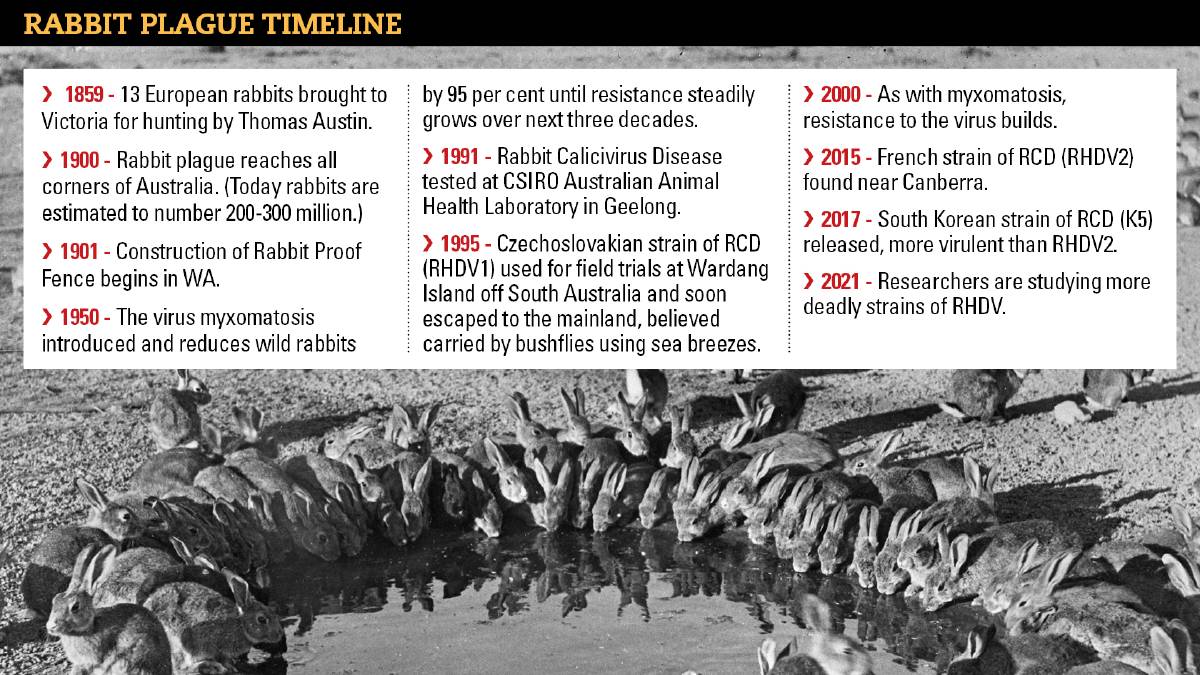 The impact of the viruses waxes and wanes.

Myxo is making a bit of a comeback in some areas this year, half a century after its release.

Since its disastrous release in Victoria about the time of European settlement, the rate of spread of the rabbit in Australia has been seen to be the fastest of any colonising mammal anywhere in the world

Rabbits adversely affect over 300 threatened native species, change landscapes, and cause losses of more than $200 million a year to agricultural production.

Rabbits begin building up a resistance to the various strains of virus sent out to attack them almost immediately and the impact of biological controls is measured in decades only.

The win for landholders comes between the release of a successful bio-control and the build-up of resistance.

Baiting, fumigation, ripping, fencing, community-wide campaigns have all met with various degrees of success but agriculture is still looking to science for help.

Australian scientists believe newer more virulent strains of calicivirus will be the next roll-out out without any better options in the pipeline.

At the moment, they are having trouble even studying it which scientists say is typical of many caliciviruses including human caliciviruses (norovirus).

Rabbit caliciviruses don't grow in conventional cell cultures in the laboratory and this means to understand their virulence, genetic makeup and thus optimise their effectiveness, experiments need to be done in live animals which can be laborious and expensive.

Farmers, through Meat & Livestock Australia, are helping to fund the CSIRO-led rabbit biocontrol team to see whether "organoids" can be used to better understand how rabbit caliciviruses work at a cellular level, and finally grow these viruses in culture.

"This suggests that the target cells of infection may not be any of the major cell types present in the rabbit intestinal organoid culture, highlighting that more research is needed to better understand the basic biology of these viruses," the CSIRO team said.

Some of the earlier releases, either accidental or still unexplained, may have worked against the later virus releases.

Dr Hall said the organoid model they are working on will help unravel some of these interactions. 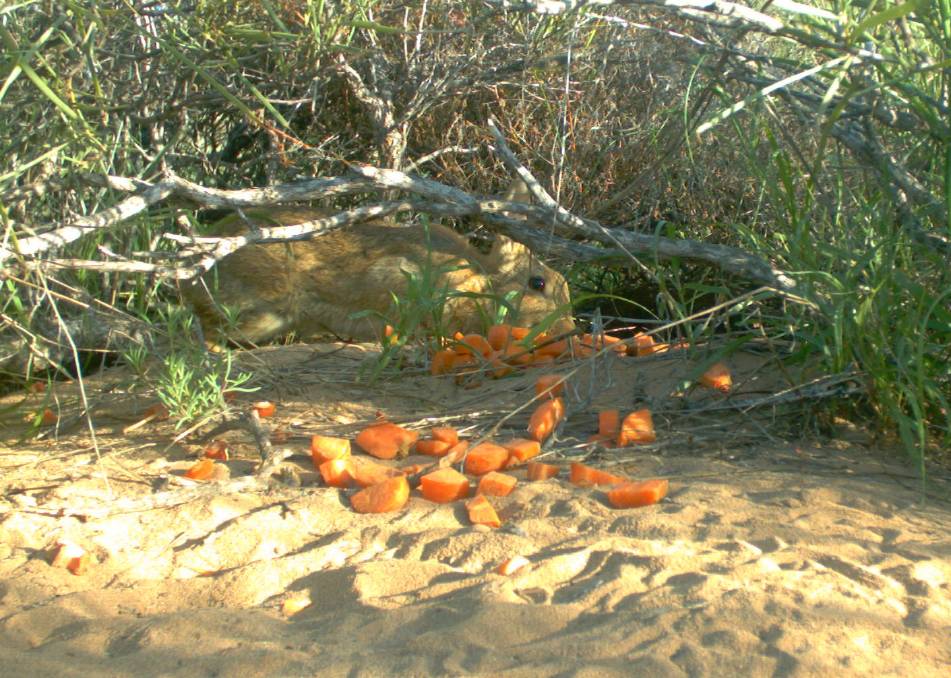 REMOTE CAMERA: A pest rabbit taking a virus-laced carrot bait with the release of K5 back in 2017.

They believe it's likely the two exotic incursions of calicivirus in Australia were caused by trade or travel.

Caliciviruses have spread to many countries worldwide through these means.

This RCD virus arrived from Europe with great promise to be studied at the CSIRO Australian Animal Health Laboratory in Geelong in 1991.

After extensive safety and efficacy testing in a controlled highly secure laboratory facility the Czechoslovakian strain, which became RHDV1, was used for field trials at Wardang Island off South Australia.

Those tests were bungled - RHDV1 inexplicably escaped to the mainland, believed carried by bushflies using sea breezes and started spreading.

More strains were found in Australian rabbit populations, the French strain RHDV2 was found near Canberra in 2015.

It never really performed all that well.

This is possibly because K5 was released into populations that RHDV2 had already swept through, so rabbit densities were much lower and contact rates between rabbits were low.

This is part of the reason scientists want to know more about the calicivirus for the next release, which is hoped to be more deadly still.

Dr Hall said it was impossible to put a timeline on their research, or when a new virus might be found.

The development of K5 took 15 years.

She believes the most likely option will be RHDV2 or a variant of it which popped up in Australia by surprise and has never had a proper nation-wide release.

But the work in the lab has a way to go first.