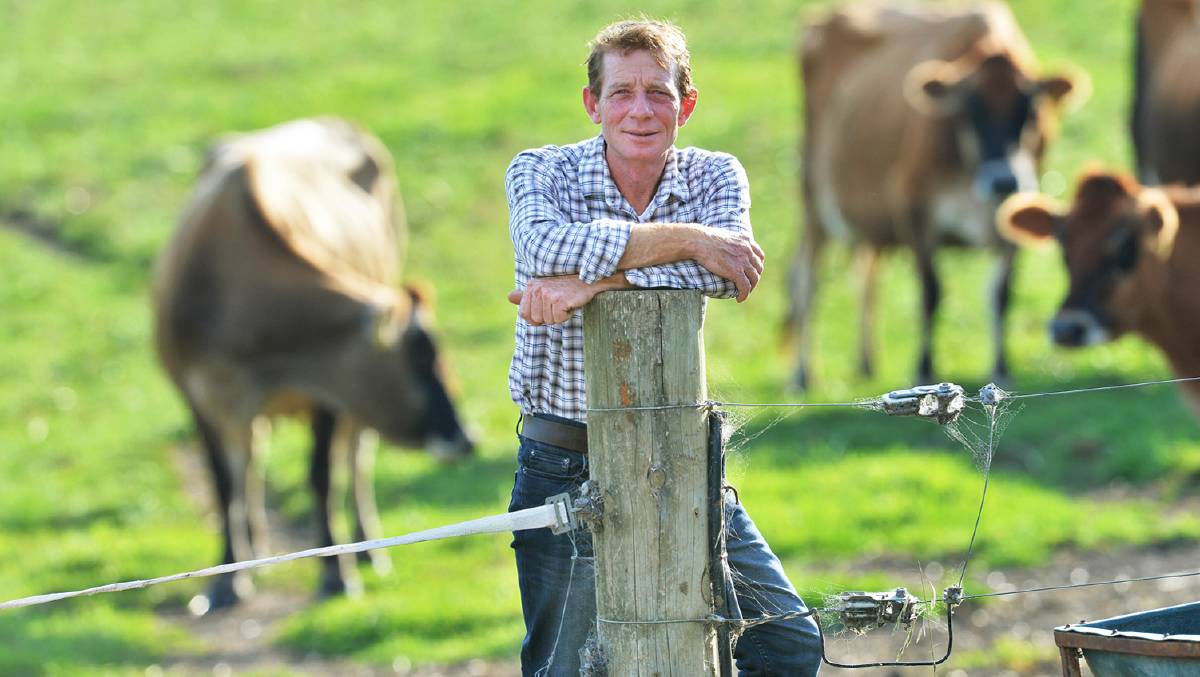 CONFIDENCE BOOSTER: United Dairyfarmers of Victoria president Paul Mumford says there's still a need for great confidence in the sector, driven by sustainable returns, over a longer period of time.

The head of Victoria's peak dairy farmer body says confidence is key if the industry is to arrest a decline in producer numbers and stagnating milk production.

The head of Victoria's peak dairy farmer body says confidence is key if the industry is to arrest a decline in producer numbers and stagnating milk production.

United Dairyfarmers of Victoria president Paul Mumford said the industry needed to look at how it could create a profitable and sustainable industry over a long period of time.

"We have had perfect conditions, milk prices have been okay, but it all comes down to the season that's brought profitable times," Mr Mumford said.

"What the dairy industry needs are profitable times over a long, sustained period to regain confidence.

"There are too many issues, like labour, the cost of production, water and electricity.

"Farmers are becoming tired and the current economic climate shows other commodities are showing profitable returns."

While Victorian dairy farmers are enjoying one of the best seasons in years, analysts said milk production growth was failing to materialise.

Mr Mumford said diversification of dairy businesses to mitigate risk, improving the Dairy Code and budgeting over the long term could help.

"At the rate were going, we won't have much of a dairy industry left in five years," Mr Hanks said.

"I wasn't that worried when all the northern [irrigation] farmers started getting out but when you have the most reliable rainfall here in Gippsland and every second farmer is changing or thinking of getting out, something seriously needs to happen, and soon."

He asked who was going to pay for research and development if the industry shrank to half its size.

Noorat dairy farmer and Fonterra supplier Con Glennen said mistrust of the processors was driving people to leave the industry.

"You are just standing around waiting for someone to pull another swifty on you," Mr Glennen said.

He said banks were also nervous.

"It costs money to run a dairy farm and it's a big commitment," he said.

"I am upbeat about it, but I can understand why people want to get out," he said.

"Saputo and Fonterra are not here because they like us, they are here to make money."