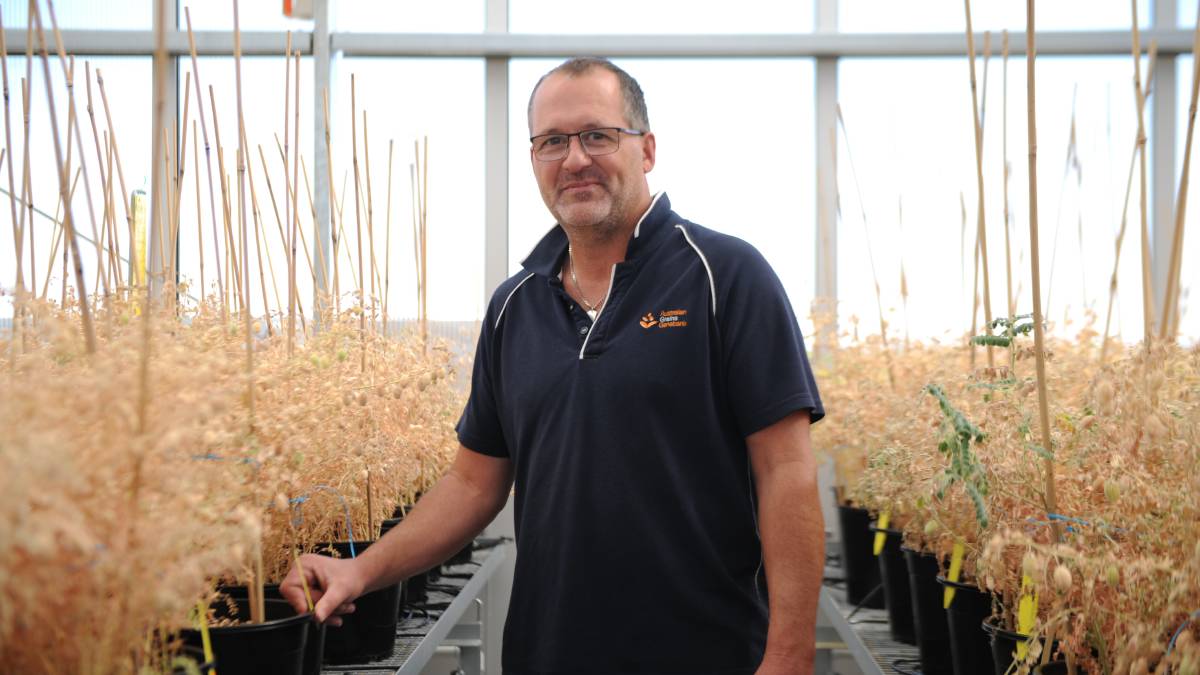 STATE OF THE ART: Shane King, Australian Grains Genebank technician with plots of chickpeas at the facility. Photo: Alex Dalziel.

A new quarantine facility set up at the Australian Grains Genebank in Horsham will cut waiting time for imported seeds by 18 months.

THE Australian Grains Genebank (AGG) has added another feather to its bow with the opening of a new quarantine facility.

The Victorian Minister for Agriculture Mary-Anne Thomas officially opened the Post Entry Quarantine (PEQ) facility at the Horsham-based gene bank, one of Australia's major repositories for crop seed, on Wednesday.

The AGG is a joint project between the Victorian government and the Grains Research and Development Corporation which both contributed $2 million to the PEQ facility.

Funds were used to build a 400 square metre glasshouse.

The idea is to allow researchers to grow and evaluate more lines of exotic genetic material faster.

Critically, the quarantine centre will slash the wait time to access seed arriving in the country from two years to six months.

There is a particular focus at the facility on pulses, with Horsham the heart of one of Australia's major pulse growing regions.

Seed from varieties of pulses such as chickpeas, lentils and their wild relatives found in areas such as Turkey, Morocco and other semi-arid locations are received at the gene bank, with the hope that researchers may be able to unlock valuable genetics that can help breed varieties with better tolerance to problems like moisture and heat stress.

Critically, the greenhouse adheres to Australia's strict biosecurity and quarantine requirements allowing scientists to get access to the seed without any risk of an incursion.

Before scientists get the seed there will be a number of tests include growing out samples to ensure the seed is free from exotic pests and diseases.

The fully automated glasshouse can accommodate 3900 pots and two-and-a-half growth cycles per year, expediting the quarantine process and helping to ensure improved crop varieties get to farmers faster.

Ms Thomas said the facility was a feather in the cap for Victorian agriculture.

"This new state-of-the-art infrastructure will enable world-class research, encouraging more scientists to the region and upholding our national and international biosecurity and quarantine requirements."