Australia is heading for its lowest cattle slaughter rates for more than two decades. 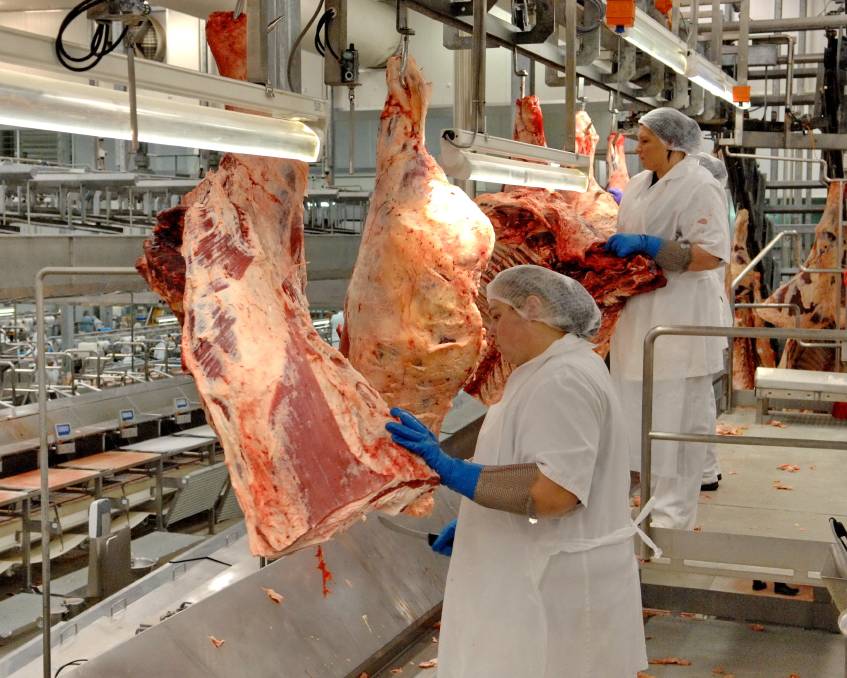 CATTLE SHORTAGE: Australian cattle slaughter rates this year are expected to be the lowest for more than 20 years.

Australia is heading for its lowest cattle slaughter rates for more than two decades.

The National Livestock Reporting Service says the 1,206,404 head processed in the eastern states in the March quarter was the lowest tally for more than 20 years.

This trend is expected to continue for 2021.

La Nina rains have produced an abundance of feed in many cattle producing regions which has ensured tightening domestic supply of finished cattle.

Supply is expected to remain tight for the time being as a result.

Feedlots are expected to support a significant proportion of finished cattle during the rebuild of the national herd.

March slaughter totalled 391,189 head, which was firm on February volumes and a marked boost on January. 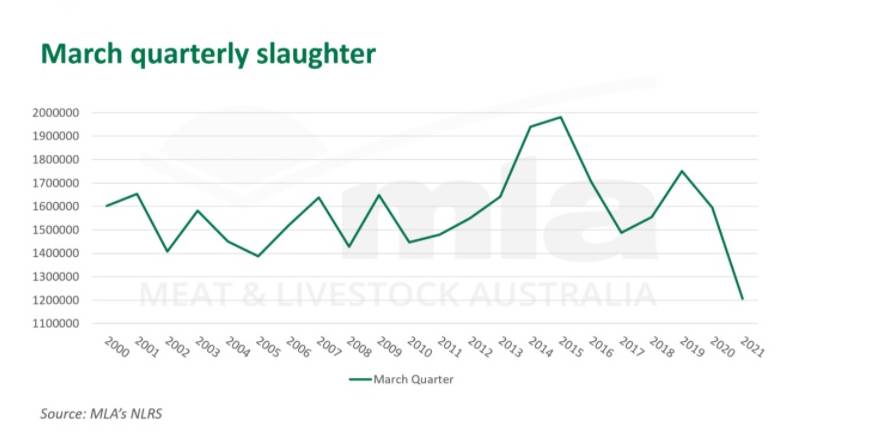 The Easter lull brought a mere 72,000 head for the week ending April 2.

Recent rainfall across the eastern states, and Queensland in particular, will continue to support restocker intentions, placing pressure on finished cattle supply throughout the autumn and winter months, with the hope of an uptick later in the year, according to Meat & Livestock Australia.

With feeders continuing to pay premiums in the market, some restockers have looked to sell off weaners or yearlings to backgrounders or feedlots and not feed out to heavier weights on grass to capitalise on strong prices.

This has resulted in a higher proportion of grainfed cattle going to slaughter.

As more cattle are retained, feedlotters are likely to stay active and support a larger contribution of finished product, until the effects of the rebuild come to fruition and grassfed stocks can better support production.

Cattle coming off grass, particularly in NSW, are entering saleyards and abattoirs with great condition, evidenced by record weights across the supply chain.

Abundance of feed and high demand will continue to apply price pressure until conditions deteriorate or volumes significantly increase.

Also, Australia is not the only beef producer to experience a tightening of supply as global competition for beef continues to rise.

Dynamics throughout the global beef market remain varied, with contracting cattle slaughter becoming a reoccurring theme across a number of major suppliers, while demand for imported beef remains robust.

As a result, export prices of many key beef producing countries have risen in the past few months, particularly as competition for beef stirs.

Some of the Chinese interest in beef imports has eased after the Chinese New Year period although demand continues to sit well above year-ago levels.

Regardless, Chinese beef imports in 2021 are projected to lift to 2.8 million tonnes carcase weight, an expected rise of 3 per cent on 2020 levels.

With the supply situation in both Brazil and Australia tightening, this will certainly challenge Chinese importers, likely resulting in other suppliers being leveraged to supplement trade.

US forecasts expect Japanese beef imports should remain aligned close to previous years, however, volumes were down 8pc for the year-to-February.

This decline is partly because of high cattle prices in both the US and Australia, with export prices from both markets lifting modestly relative to levels seen last year.

Dissimilar to Japan, South Korean beef imports for the year-to-February remain steady with 2020, with volumes from the US and Australia remaining relatively aligned to year-ago volumes, despite the modest rise in export prices.

Interestingly, imports of New Zealand and Canadian beef have lifted 52pc and 71pc, respectively (albeit off a low base), possibly due to cheaper prices.