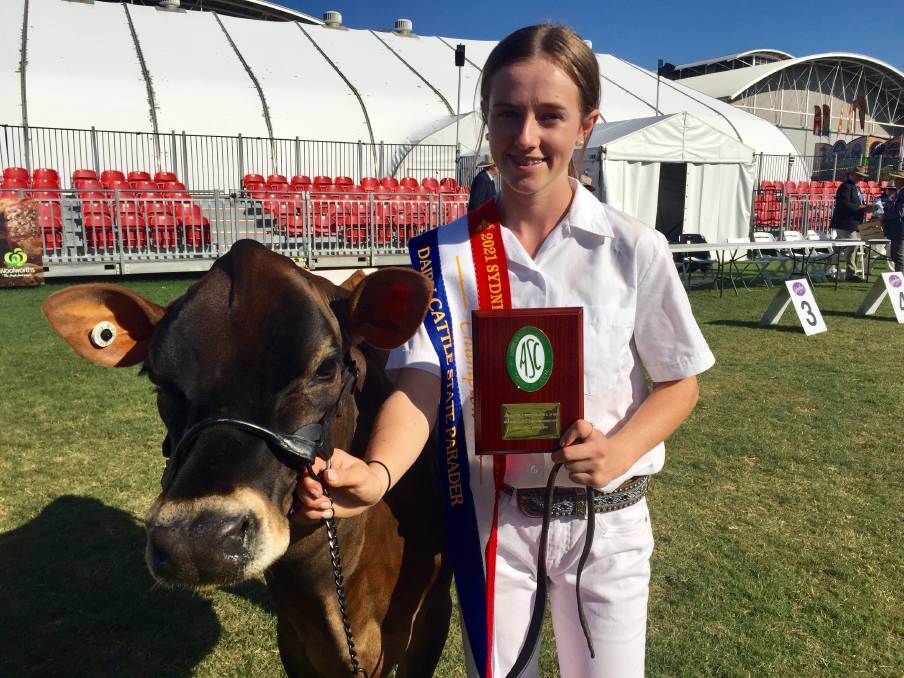 The dairy cattle parader competition has been taken out by Katelyn Atkins at the 2021 Sydney Royal Easter Show.

Miss Atkins, 16, of Tamworth will now head to the Royal Queensland Show in August to represent NSW at the national level.

"It's pretty exciting and well done to all the other exhibitors here today," she said.

"I haven't been before so it should be a good experience seeing everything up there and how it all works."

Miss Atkins has been competing at the Sydney Royal since she was a young girl, but has never won in this competition.

"I've been practicing for this competition for a while, it does take time to get to know the heifer and how it leads," she said.

Judge Gavin Wake said he was grateful to judge at the Sydney Royal in front of his family and friends.

He admitted it was difficult to find a clear winner among the high quality entrants.

"Katelyn was just so well balanced with the heifer," Mr Wake said.

"She always had control of her heifer and was the fastest to get her set every time I asked the competitors to set their heifers.

"She rose to the top of a very strong class.

"She was so relaxed and at ease with her heifer and was able to show her off to the best of her ability."

Mr Wake said the performance of the paraders was a credit to the competitors, their families and mentors.

"The quality of young handlers was absolutely phenomenal," he said.

"I made the comment that, 'I'm glad I'm not competing because I probably would have stood last'.

"It was very hard to split them.

"To have that many quality young handlers means dairy shows are in good hands and the future is bright."