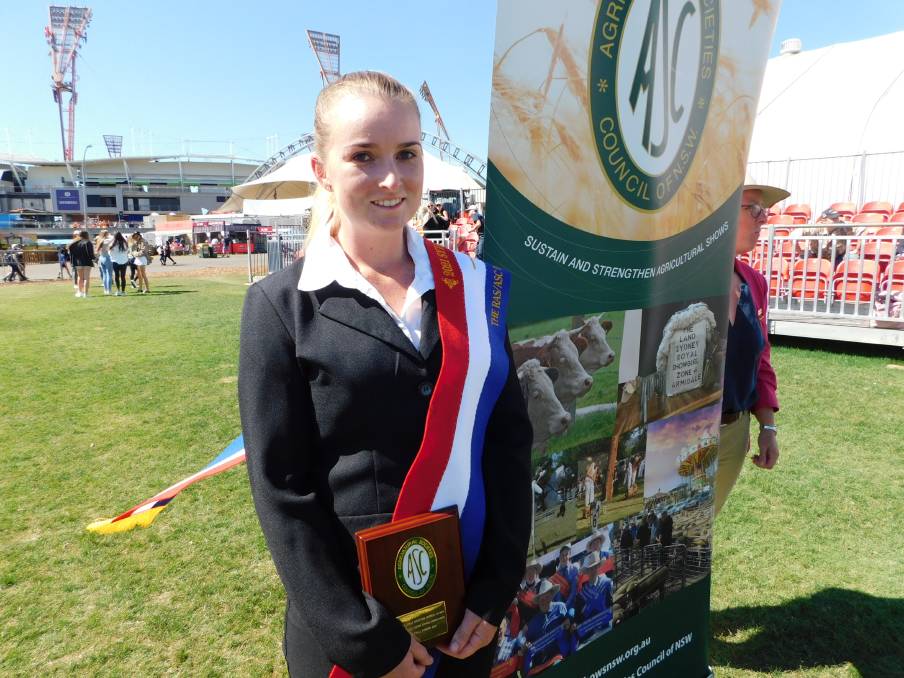 It was an all girl affair at the cattle lawns for the RAS/ASC dairy cattle young judges competition state final on Saturday.

Nine young women put themselves to the test in the arena as they critiqued three heifer and cow classes under the watchful eye of over judge Colin Daley.

In the end, it was Nowra's Brittany Legge who claimed the champion title.

She admitted it was a daunting experience judging in front of a crowd and speaking in public.

"I'm absolutely shocked, I'm not very good at public speaking so I thought I might mess it up, but somehow I pulled it together," she said.

"This is my third time competing in a judging class.

"I thought I needed to challenge myself, I've got my own cows I like to show so I thought it would be good to try something different and get involved more."

Miss Legge will now advance to the next level of competition which sees her travel to Brisbane in August for the Queensland Royal Show and compete at a national level.

Reserve champion was taken out by Olivia Lambkin of Tamworth.

Over judge Colin Daley of Millaa Millaa, Queensland, commented on the high standard of the entrants.

"I noticed how well presented they were and what great ambassadors they were for their families, and for the breeds of cattle they represented," he said.

Mr Daley said competitors needed to possess the confidence to back their own ability and to offer their opinions on the cattle.

"I was very impressed with the ability of those youngsters to come and give us their opinions," he said.

"Obviously they weren't all exactly the same as what I as the over judge had said, but they all had reasons for them and I thought they all explained their reasons well."

"I saw the way in which she placed the milker class and I saw how she commented on that class and I knew she was certainly a very worthy champion," he said.