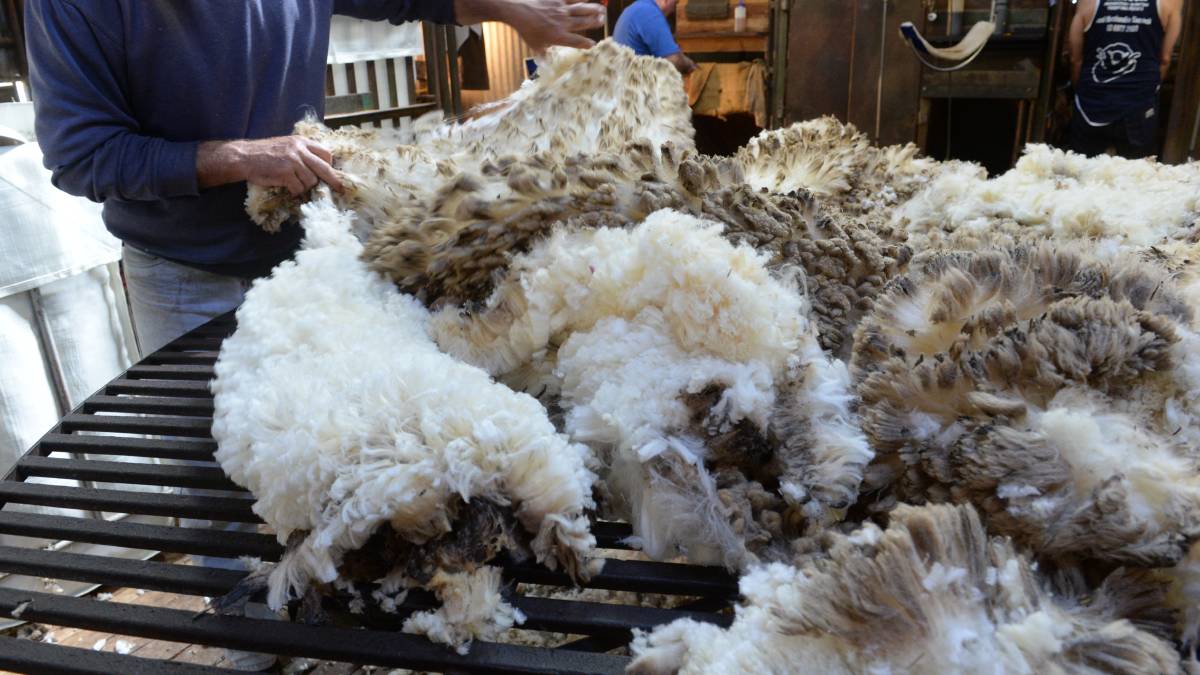 Demand for traditional woollen products has slipped significantly since the Covid 19 pandemic hit in early 2020 with some sale of products dropping by up to 80 per cent.

And according to Australian Wool Innovation's risk and recovery analyst Miles Barritt, although trends were changing before Covid 19, wool's primary consumer, as well as the marketing of the fibre, has shifted.

"In a time of uncertainty, lockdowns and working from home the consumer really wanted comfort in the home," Mr Barritt said.

"It was about changing where we market wool as a product for the consumer. Opportunities which we identified were casual wear, athleisure wear, commuter wear as well as personal protective equipment (PPE)."

Mr Barritt said formal wear was fading away well before the pandemic hit, but has now realised new lows.

"The pandemic has well and truly accelerated this trend where suiting and other more traditional wool products have seen slips in the midst of the pandemic of 80 per cent," he said.

"For the year of 2020 suiting has been down 40 to 50pc whereas we have seen our casual knitwear products down, but only moderately around 15 to 20pc."

The popularity of online spending was on the increase before the rapidly spreading virus changed the world, but it too has lifted to new heights.

"Online retail has been enormous throughout the pandemic. Companies that are entirely based on online retail like Amazon and Alibaba, for 2020 they were up 38pc and 37pc respectively in revenue."

China, he claims, is not only a key manufacturer of Australia's woollen product, they too are continuing to grow as one of the major consumers of wool as their recovery out-performs any other key wool consuming economy throughout the world.

"China were the only economy to show any kind of growth in 2020 where other big markets saw contractions," Mr Barritt said.

"European markets saw very large contractions in their GDP growth sometime to the extent of negative 8pc whereas the US held up relatively firm given the situation worldwide."

China, with their rising affluence and middle class, are a market primed to consume Australian wool.

In recent times they have consumed between 70 and 80pc of Australia's raw wool.

And as they continue to rapidly recover, opening up manufacturing and retail, they are taking a large amount of Australian wool.

"China imports 79pc of their shorn wool from Australia and the next biggest market for them is South Africa where they import 8pc.

"Australia is almost 10 times the size of the next biggest importing market for China - there are no other markets that can compete with our volume."

Given China is importing so much, there are only four other countries importing more than one per cent of Australian wool - the Czech Republic, Italy, India and South Korea.

"Vietnam were able to open up to 90pc capacity by July."

Although there has been reasonable stability in the first three months of the year, Mr Barritt said if one thing has been realised during the last 12 months, is not to speculate.

"The pandemic has taught us that things can change way too quickly," he said.

"Yet there is a hint of optimism in the global economy. Vaccination roll out programs and the success of them is a means to start opening up commerce and really get some stuff on that side of the supply chain going.

"That will be one of the key drivers in help determine where we are in 12 months, 24 months, or three years' time."