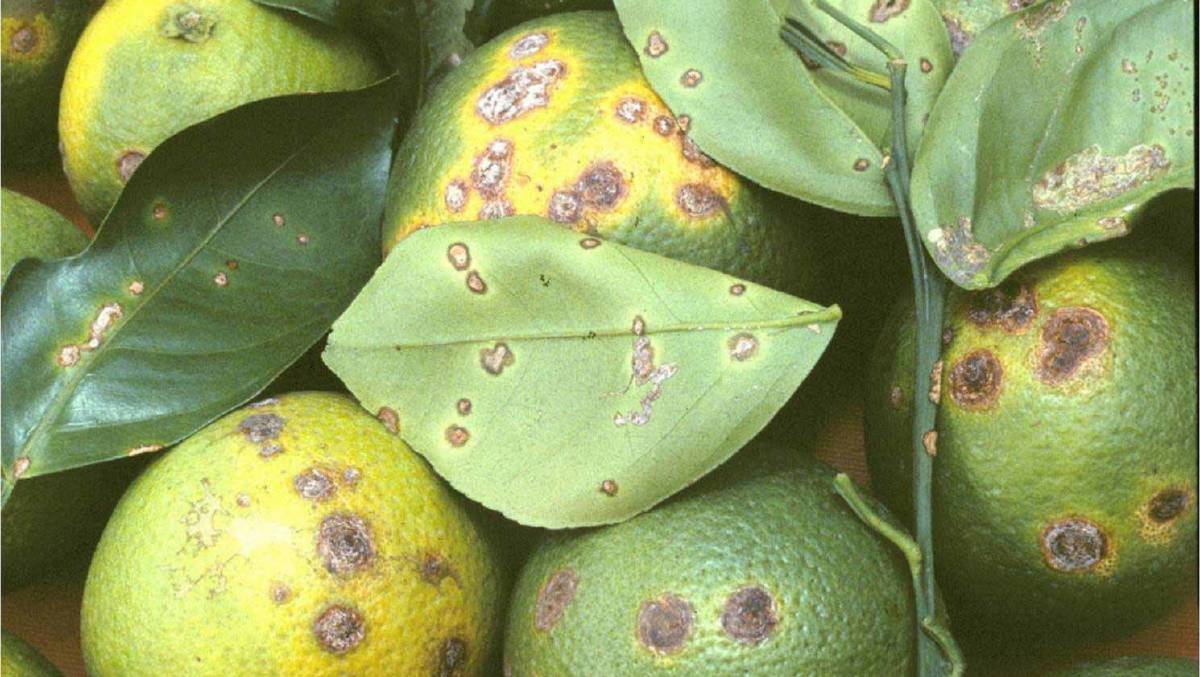 BIOSECURITY VICTORY: Citrus canker was first found at a Darwin nursery in 2018 and its has taken an expensive and concerted campaign to get rid of it.

Citrus canker has officially been eradicated from Australia - again.

Outbreaks of this devastating disease have been defeated in Queensland and the Northern Territory at great cost to industry and homeowners.

Citrus canker is a serious bacterial disease of citrus trees including grapefruit, lemons, limes and oranges.

Where plant bugs like fall armyworm or even the dog killer ehrlichiosis have managed to penetrate Australia's defences in the past few years, and are here to stay, citrus canker is officially gone.

The only way to beat citrus canker is to remove diseased trees and there have been major campaigns across the NT since it was discovered in a Darwin nursery three years ago to get rid of it.

These campaigns have even reached into home back yards across the Top End where much loved fruit trees were sacrificed for the national good.

While first discovered at the nursery, it was traced a few months later to a property at Katherine.

"The infected plant was purchased from a Katherine nursery, which sourced their citrus plants from a supplier in Darwin," government officials said.

In the NT, removal meant a total of 6192 host plants were removed in declared restricted areas via cut-stump method and herbicide application of Garlon in-ground, and completely removed if in a pot.

MORE READING: Seawater moat is no defence to all the nasties.

All properties where host plants were removed via cut-stump method (not potted plants) have undergone two rounds of re-growth surveillance.

Of the 4626 plants surveyed, 10pc showed signs of non-symptomatic regrowth. In these cases, regrowth material was removed and the stump treated with a further herbicide application.

Not all NT property owners were happy with the biosecurity inspections, the program had to resolve access to 240 properties for completion of surveillance and removal activities, where entry was initially refused.

Six thousand citrus trees were destroyed after the disease was first found in 2018.

The NT was declared free of citrus canker this week.

Movement restrictions will no longer apply in Katherine and the greater Darwin areas.

Intrastate and interstate trade of citrus plants and plant material can resume to normal checks.

Like African swine fever and a host of other nasties, citrus canker remains on our doorstep - it is endemic in Indonesia and Papua New Guinea and Timor.

A citrus canker find in Queensland in 2005 caused the loss of 500,000 citrus trees near Emerald.

Australia was declared free of that outbreak in 2009.

It is still not known how the disease got into the NT.