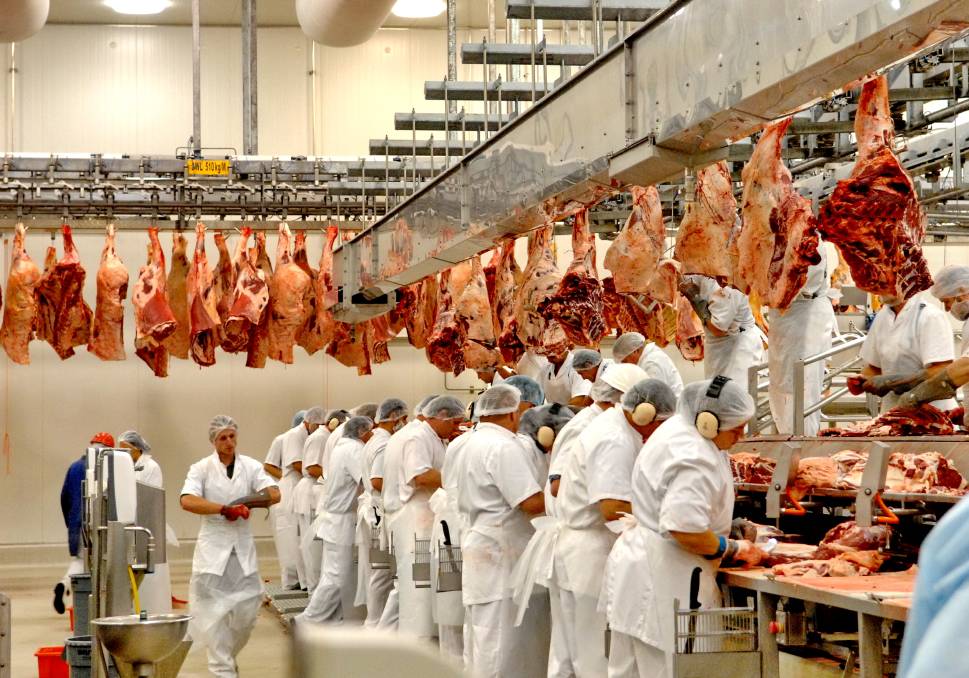 Ken Wilcock notes that beef export tonnage for March was the lowest seen since 2012.

CONTINUING limited supply of slaughter cattle due to the diminished nature of the national herd coupled with widespread heavy rain which started mid-month has resulted in the lowest March beef export tonnage seen since 2012.

Department of Agriculture reported beef exports to all destinations for March at 83,438 tonnes, virtually identical to the 2012 volume.

Again it was 2012 which came nearest but that year was still 10,000t ahead of this latest result.

To some extent the early numbers for 2021 bear a stronger resemblance to 2012 than to any year since and it is therefore tempting to use 2012 as guide to what to expect in regard to slaughter cattle supply going forward.

After all, 2012 was the last in a series of three La Nina years and 2021 may well be the last we see of the current La Nina.

But there are also some significant differences to consider.

2012 was year three of a strong rebuilding phase while 2021 will be the first full year of rebuilding in the present phase as the transition from herd liquidation to rebuild only happened in mid-late 2020.

No doubt a good season in 2012 kept the rebuilding momentum going and some price pressure in the market but the build-up of numbers by then was a mitigating factor. This is reflected in the fact that grid prices in 2012 were roughly half of current prices.

It would seem reasonable to conclude therefore the season once again will keep the rebuild momentum going in 2021 with commensurate pressure on prices but unlike 2012, the immediate lack of cattle numbers will tend to work against any tendency for prices to ease.

Supporting this scenario are anecdotal reports of a significant number of 'first reserves' who have so far stayed out of the market either because they lacked feed up until recently or because they consider it to be overheated.

Their holding-pattern approach has both supply and demand implications.

By holding on to what cattle they have they are part of the overall tight supply picture and the likelihood that they will step in and buy at some stage represents a significant amount of latent heat on the demand side.

Continuation of elevated prices and shortage of cattle is not a particularly appealing prospect for the processing sector.

Production losses could mean that total slaughterings in 2021 will fall below 7 million head for the first time since 1996.

That at least should put a steep upward tilt in average carcase weight and help prevent exports falling below 1 million tonnes for the year. It might even result in 2021 having a slightly higher export volume than 2020 provided slaughter does not fall far below 7m head.

That might seem a little hard to believe considering 2021 exports are already 66,000t behind 2020 on year-to-date comparison.

But the drop in volume is not equally shared across all markets.

It is already ahead of 2020 on year-to-date and needs only to average 13,500t per month across the year to stay ahead.

The China market would also seem capable of improvement.

Japan is a bit more of a stretch as it needs to average 22,500t per month to match its 2020 volume. The March figure of 20,130t was a 2200t improvement on February but also the lowest volume in the past 10 years for that month.

Similarly the United States market at this point is well off the pace.

With Easter holidays and plant closures, April will not improve the slaughter and export statistics.

It would therefore seem that the year will very much depend on how the second half unfolds.

WITH Easter now behind us, country starting to dry out and western mustering camps getting under way, meatworks and markets should now see a return to a more stable flow of cattle.

Wagga led the way on Monday with a 3200 head yarding which included 800 mostly good heavyweight cows.

Despite an easing tendency these still averaged 310c/kg, a touch ahead of published grid rates.

Notable in the comments was the intensity of feedlot competition which spilled over into domestic trade descriptions and caused processors to struggle to make purchases.

In Queensland there was only matching adjustment to export grids last week.

In the global meat market, escalating prices for meat protein in the US has resulted in more aggressive bidding on imported beef, according to Steiner.

Lack of imported product in the pipeline, strong Chinese demand and limited availability in Oceania and South America have put significant upward pressure on imported values widening the spread between domestic and imported beef.

Indicator Aust/NZ 90 CL blended cow climbed a further 3c/lb last week to US252c/lb (FOB US East Coast) on top of a 7c/lb jump the week before.