Australia's big meat processors are ramping up their spending on robots. Australia's big meat processors are ramping up their spending on robots.

The manufacturer is majority owned by Brazil's JBS which already has the systems operating at its Bordertown and Brooklyn plants.

Two other large systems have been installed at Australian Lamb Co.'s plants at Colac and Sunshine.

These boning robots can process up to 600 carcasses an hour using a complex system of X-rays.

The New Zealand company claims the increased throughput will pay back the purchase cost in less than two years.

Meat & Livestock Australia's research and development funding body MLA Donor Company has also been investing in the Scott Technology for beef as well as sheepmeat.

The plan is for DEXA to work in conjunction with the robotic meat cutters and boners.

The contract for robotic palletising and container load out systems for the $300 million meat plant will form an important part of the massive new plant which replaces one destroyed by fire in January, 2018.

The systems include three palletising robots for chilled and frozen cartons and four for depalletising for container loadout.

TFI chief executive Darren Thomas late last year said their goal was for the new site to be "the most advanced multi-species meat processing facility of its kind in Australia, if not the world".

The system utilises advanced X-ray and vision technology to deliver a high accuracy of cutting, while also bringing significant developments in health and safety by removing much of the heavy cutting activities. 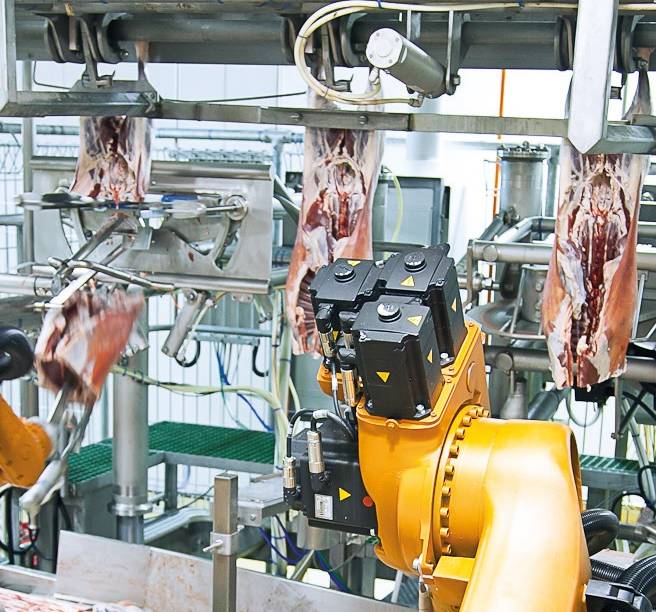 Scott Technology chief executive John Kippenberger, said: "We are proud to be partnering with TFI on this project which utilises Scott's demonstrated capabilities in this area.

"Like many industries, the meat processing industry in Australasia and the United States continues to grapple with the challenges of improving worker safety while increasing yields, at the same time as struggling with major issues around labour availability."

Australia's meat processing capability has been hard hit by the pandemic, particularly with many of the big meatworks located in southern states hit by lockdowns.

Several of the meatworks became "hot spots" for COVID-19 outbreaks as well.

Scott Technology has now installed its lamb processing technology at more than 13 processing plants across Australasia.

The system is to be installed at TFI's Tamworth plant in NSW and will be designed and built from Scott's Dunedin facility.

TFI has already signalled its Tamworth's plant would become a major processor of goat meat as well.