Scientists are devising their top 10 list of the world's worst weeds. 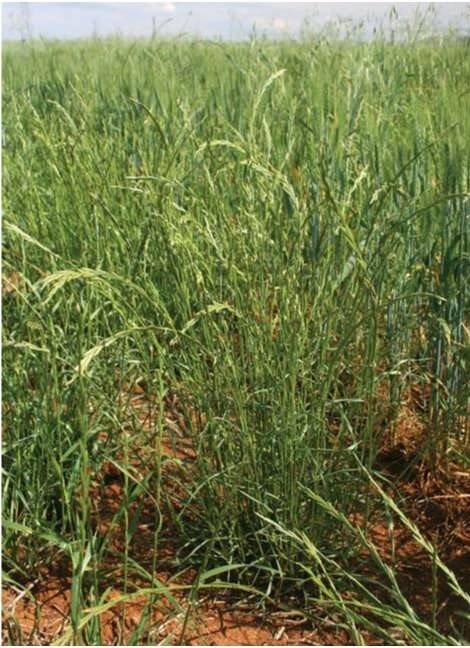 PLENTY OF CHOICES: Annual ryegrass, one of 10 selected species the International Weed Genomics Consortium will study.

Scientists are devising their top 10 list of the world's worst weeds.

Already we know the scientists have picked one of Australia's worst and most costly in their top 10 - annual ryegrass.

This international group of scientists and industry professionals, led by weed scientists at Colorado State University, have launched an ambitious new project aimed at improved management of the most intractable species of weeds in the world.

They want to first devise their list so they can sequence complete genomes of each of the worst.

Once they have its full DNA profile, they hope to better able to figure out how to best combat it, with the aim of ending the costly use of chemical sprays.

And why just 10 of the world's worst? Because that's all the money they have at the moment for this cutting edge work.

Other than annual ryegrass (Lolium rigidum), picked because of its impact on Mediterranean climates like southern Australia and is is it becoming increasingly herbicide resistant, it has also chosen the tall fleabane (Conyza sumatrensis) which poses major issues in South America.

Weeds are a constant, formidable foe, both to farmers and backyard gardeners.

Every year across the globe, weed management demands billions of dollars in herbicidal treatments, or soil-damaging tillage of fields so crops can grow.

The US Foundation for Food and Agriculture Research has awarded $1.5 million to establish the weed genomics consortium in this ambitious project aimed at improved management of the most intractable species of weeds.

The $3 million consortium is supported by $1.5 million in matching funds from industry sponsors.

The planned whole-genome approach to advance knowledge of specific weed species is a long time coming, according to project director Dr Todd Gaines.

"When you think about weeds, what makes them great is they are adapted to the harshest situations," Dr Gaines said.

By applying tools from genomics and molecular biology to advance weed science, weeds' stress tolerance could be applied to crops, and traditional management strategies could be reduced or retired, scientists said.

In addition to the genomes, the team is creating user-friendly genome analytical tools and training, particularly to serve early-career weed scientists.

Another goal of the consortium is to facilitate collaboration and workforce development within the emerging field of weed science.

And to answer that question at the start, Australia's worst weeds.

Australia has listed 30 weeds of "national significance" ranging from boxthorn to blackberries, serrated tussock to gamba grass, or bridal creeper to willow trees.