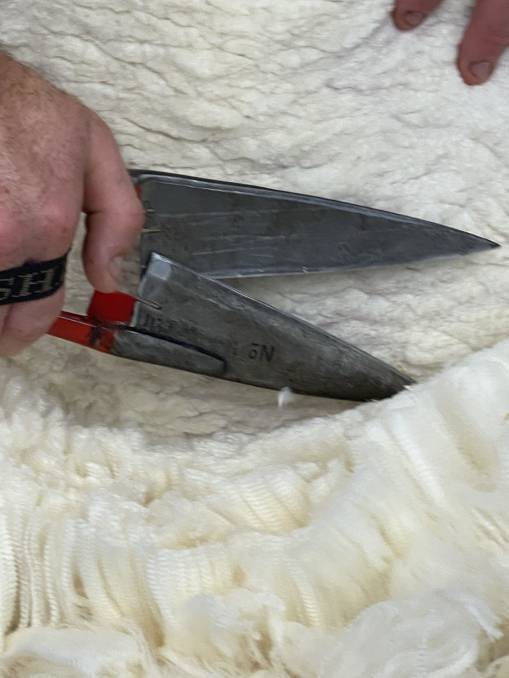 Finer micron wools are playing a big part in the demand for Aussie wool.

Micron played an integral part in price movements in Australian wool sales this week with stronger buyer demand in the finer microns helping push prices higher across the country.

However the mixed movements across all microns resulted in a fall in the AWEX eastern market indicator (EMI) which lost nine cents for the series to close at 1291 cents a kilogram, clean.

The US dollar EMI went the opposite direction and rose US8c/kg to US996c/kg largely off the back of the Australian dollar strengthening by 1.5pc against the the US dollar.

According to the Australian Wool Innovation's wool trade spokesperson the Easter break gave buyers and exporters the opportunity to refuel their well used bank accounts.

"The massive wool export expenditure for February and March shipments were largely responsible for stress on bank accounts but that has got better with funds coming back into Australia," they said.

"The recess also allowed some of the outstanding logistics delays a chance to catch up, albeit it only in a small way, as the current adverse issues around transport continues."

Just under 50,000 bales were originally scheduled for sale but the fall in prices on the first and second days of selling resulted in many producers withdrawing their wool prior to sale.

Superfine Merino fleece and skirting types finer than 18.5-micron attracted stronger buyer attention with general gains of up to 80c.

The 17-micron types in the south rose to 2172c/kg - its highest level in nearly two years.

According the AWEX market information manager Lionel Plunkett, the rise in the finer microns, coupled with the fall in the coarser edge, has increased the price differential between microns.

"This is best highlighted comparing the difference between the southern 17 and 21 micron price guides," Mr Plunkett said.

"This difference has grown to 927c, compared to a difference of 756c a month ago."

The demand for the medium/broad microns was not as strong and as a result these wools sold at lower levels than the previous series.

The 19 to 22-micron categories across all three regions fell by between 20 and 57c, but once again those sale lots with better specifications, mainly higher yields and lower vegetable matter, even though still cheaper, were far less so.

Next week's offering is similar with 45 554 bales currently available across all three selling centres.