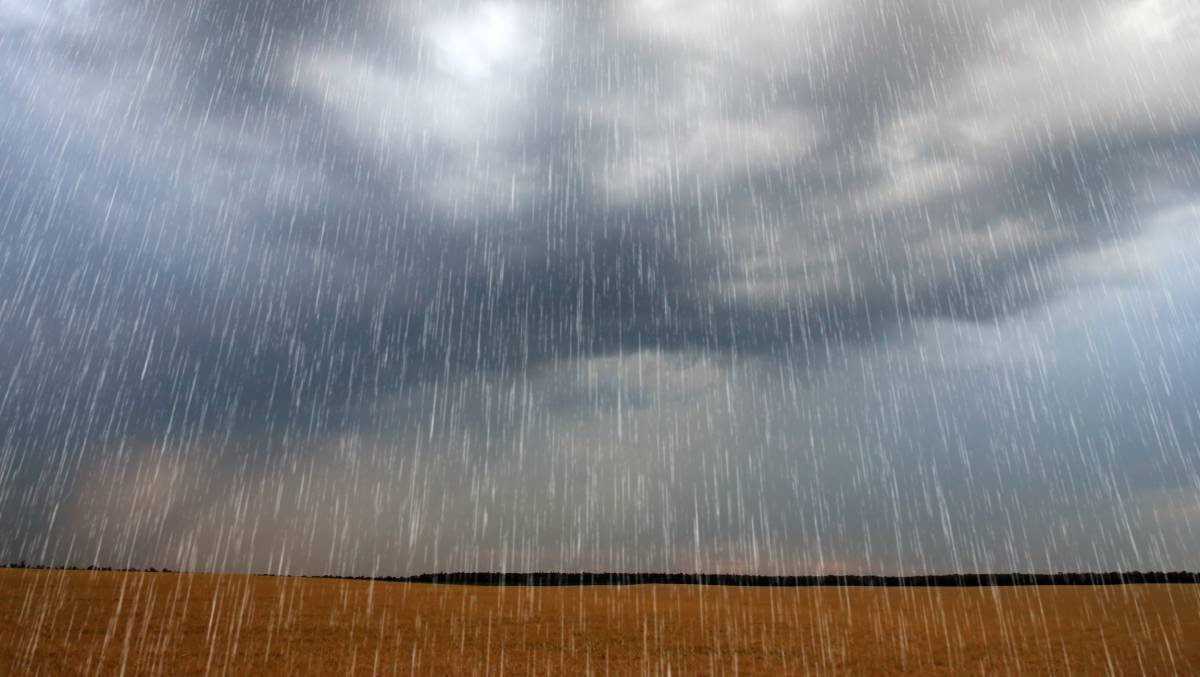 Now that La Nina is officially over, climate predictions for autumn are notoriously difficult.

Most people are looking ahead to autumn weather predictions now that La Nina has been officially consigned to history.

Most people are looking ahead to autumn weather predictions now that La Nina has been officially consigned to history.

The Bureau of Meteorology predicts large parts of eastern Australia are expected to experience below-average rainfall from May through to July.

But residual moisture from the La Nina bounty in most areas is expected to see a solid start to sowing in the grain belts of all states, with Anzac Day a traditional optimum time for the break.

Early crops are already being sown.

The bureau said rainfall for May to July is likely to be below average (chance of exceeding median is less than 40 per cent) for the eastern Top End of the NT, northern Queensland extending down the Queensland east coast, southern parts of SA and NSW, most of Victoria and northern Tasmania.

Most weather experts say autumn is the hardest season to make climate predictions for.

In May, the drier than average pattern covers northern and eastern WA, western SA, and northern parts of the NT and Queensland.

The La Nina was declared back in September, with spring and summer seeing the typical above-average rainfall in most of northern and eastern Australia.

Senior BOM climatologist Dr Naomi Benger said it was important to remember that even though the La Nina is over, there's always still the possibility of significant rainfall.

Dr Benger said as La Nina recedes, secondary drivers of weather, such as the Madden-Julian Oscillation, will begin to play a larger role in influencing rainfall.

The rain reduced fire risk over the last summer and led to flooding in Queensland and NSW. 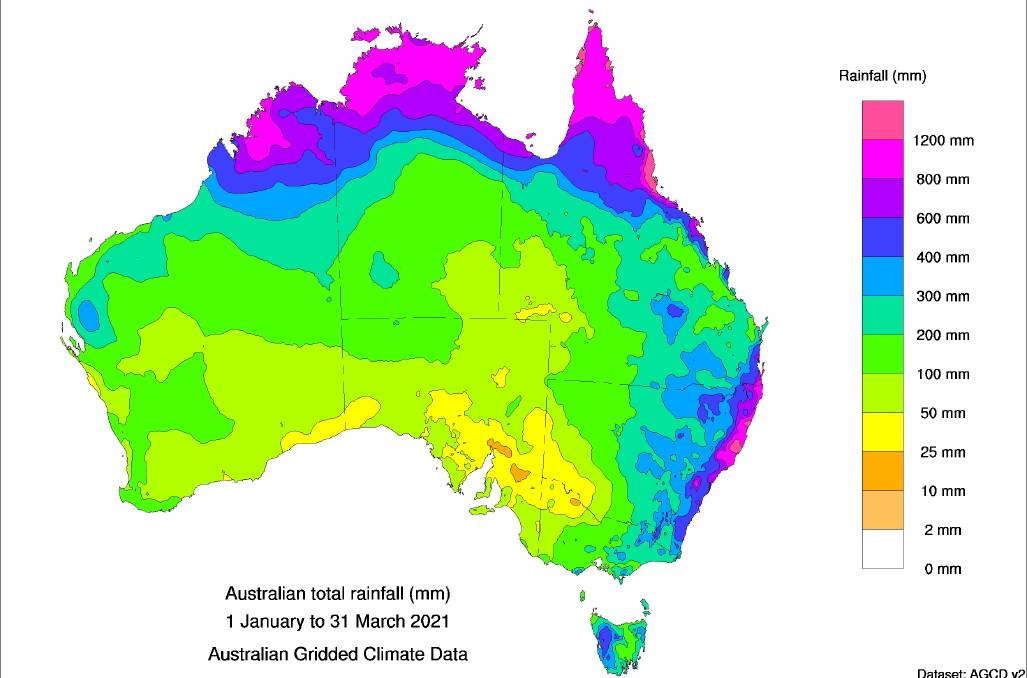 Where the rain has fallen to the end of March. Graphic: Bureau of Meteorology.

Australia had its wettest summer overall for four years and was the wettest since 2016-17.

South eastern Queensland was the exception.

It was also Australia's coolest summer overall since 2011-12.

Rain is NSW was 29pc above average and the state had its wettest summer since 2011-12 with most regions, except the far south-west, receiving above average rainfall.

Despite regions of continued dry, Queensland had wettest summer overall since 2011-12, with rainfall 8pc above the 1961-1990 average.

Summer rainfall was below average from the Capricornia to Wide Bay and Burnett districts.

Most of Western Australia saw above average rainfall and it was particularly wet in the north Gascoyne and the east of the state.

The Northern Territory recorded its highest rainfall since 2016-17, which was well above the long-term average.